Afnan Afif: ‘The entire country is celebrating – everyone has caught football fever’ 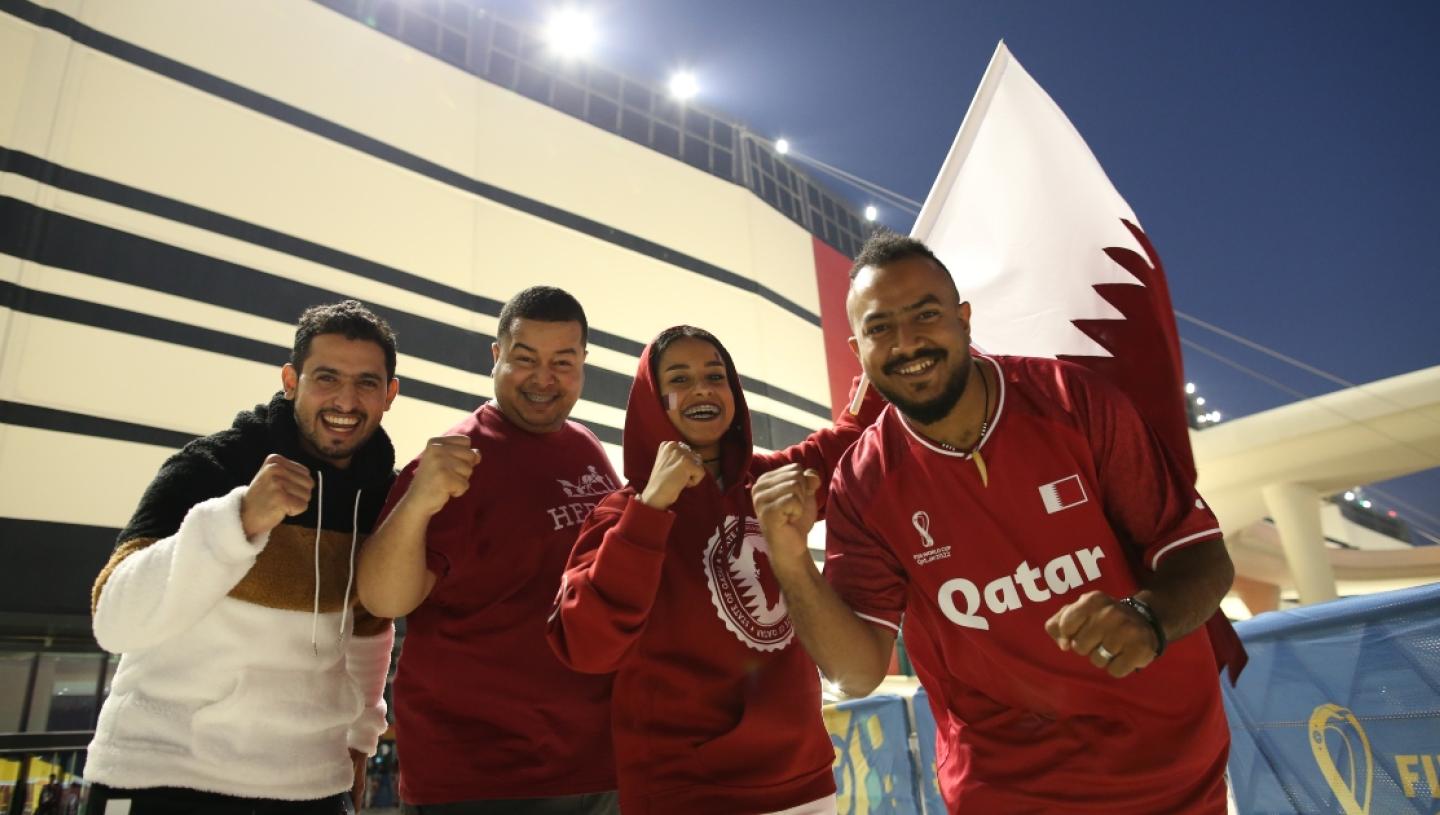 Afnan Afif – sister of Qatar star Akram – was overwhelmed with pride when she took her seat at Al Bayt Stadium during the opening match to watch her brother represent Al Annabi in the FIFA World Cup™.

Speaking on the day of the match between Qatar and Ecuador, Afnan said: “When I woke up this morning it felt like it was Eid. I was too excited and woke up even earlier than usual. The entire country is celebrating – everyone has caught football fever.”

Watching Akram play – even in huge arenas like Al Bayt Stadium – reminds Afnan of her youth.

She said: “I enjoy watching him play – it reminds me of our childhood. We’re all super proud of him and confident he can perform at a high level – hopefully even better than the 2019 Asian Cup. The fact he is playing in a World Cup is huge for everyone.”

Although Qatar lost the opening match 2-0, Afnan and family felt nothing but pride.

“Seeing him walk out, the national anthem, the game – it was amazing. Hopefully things will go better in our next matches,” she said.

The Afifs are a well-known football family of players, coaches and agents. Left-winger Akram has represented Qatar with distinction for many years. The Al Sadd star was a key member of the 2019 AFC Asian Cup winning squad after coming through Aspire Academy. He was named Asian Footballer of the Year in 2019.

“Football is in our blood and it all started with my dad, Hassan, who began his journey as a player and later became a coach,” said Afnan. “Two of my brothers are also players and my eldest brother manages their careers. Then there’s me, the youngest in the family. I’m the youngest female football coach in Qatar with Al Arabi women’s team.”

Afnan’s football journey began with her father, during his coaching days.

“Growing up, I remember going with my dad to Al Markhiya Sports Club when he was the coach. I was too young to understand the game or what was going on – but I used to sit on the benches and try to understand the sport,” said Afnan.

“In time, I learned more about football at school. I remember seeing my brothers come home with medals and trophies and I used to ask what they’re for. I slowly began to understand football and what was going on. My brother Afif taught me about the game and Ali and Akram supported me all the way until I fell in love with it and became a coach.”

Afnan is also incredibly proud that Qatar is hosting the first FIFA World Cup in the Middle East and Arab world.

She said: “As a Qatari, I am beyond proud of this milestone. This will go down in the history books – the fact that an Arab country persevered and was able to host the biggest sporting event so seamlessly and successfully is a huge achievement.”