Are you ready for a FIFA World Cup™ like no other?

With Qatar playing host to the first FIFA World Cup™ ever in the Arab world, a unique and extraordinary stage has been created for the teams, the players and, of course, you the fans. Explore the individual elements of your FIFA World Cup™ here, which we hope you enjoy during your time in Qatar.

The FIFA World Cup 2022™ emblem incorporates the burgundy and white colours that are synonymous with Qatar’s national flag. The emblem’s design embodies the vision of an event that connects and engages the entire world, while also featuring striking elements of local and regional Arab culture, as well as references to the beautiful game.

The swooping curves of the emblem represent desert dunes, and the unbroken loop depicts both the number eight – representing the tournament’s host stadiums – and the infinity symbol, reflecting the event’s interconnected nature, fusing tradition with modernity. 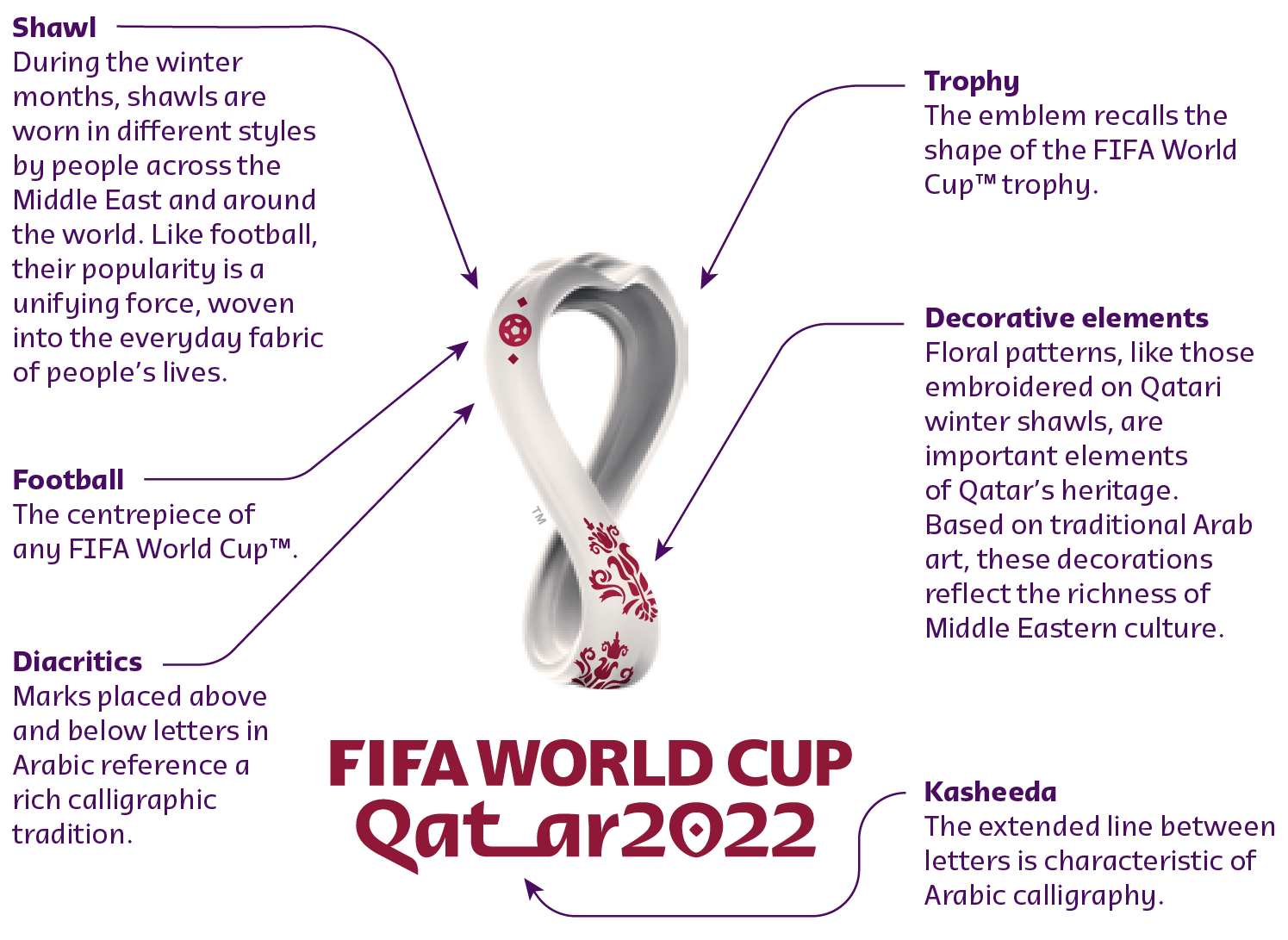