‘I am speechless to be part of the biggest sporting event’ 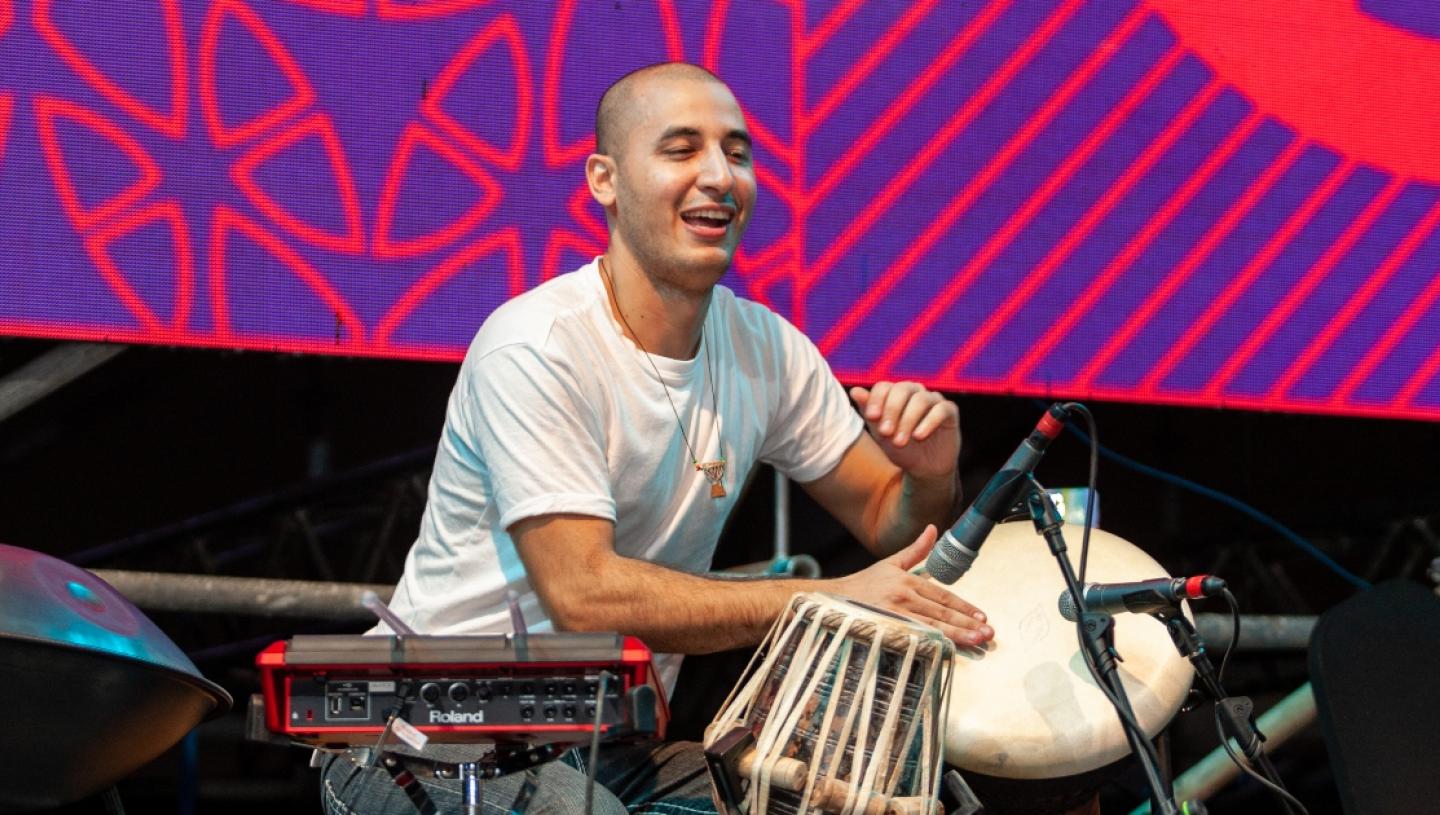 While the players deliver exciting action on the pitch, a feast of music, dance, art and culture is taking place across Qatar during the FIFA World Cup™.

Thousands of fans from across the world are enjoying entertainment organised by the Supreme Committee for Delivery and Legacy’s (SC) Cultural Activation Programme, which is hosting local, regional and global artists to add colour and flavour to international football’s showpiece event.

Among the artists is Lebanon-born Ricardo Haila, a multi-instrumentalist who has so far performed outside a host of stadiums and other tourist hotspots. We spoke to Ricardo about the origins of his performance and his World Cup experience so far.

Tell us about your performance.

It is a multi-instrument performance using the qanun, hand pan, Indian tabla and frame drum. I mix Middle Eastern and Western music, so it’s like having a five-in-one performance.

Usually, I work with more instruments, but for the World Cup, I went with this mixture. As I am from Lebanon, and I live in France, I wanted to create a common link between these countries through art and music.

When did you start performing and how did you develop your act?

I started playing drums at the age of 10. In 2013, I began developing my drumming skills in New York. Over the years, I kept adding percussion instruments to enhance my performances.

Tell us about your career so far.

I am fortunate to say that I have had the opportunity to perform with renowned artists, such as Ziad Rahbany, Michel Fadel, Ramy Ayach, Assi Al Hillani, Walid Toufic, Shada Hassoun, Nawal Al Zoghbi, the Lebanese Philharmonic Orchestra, Jihad Akl, Abdou Cherif and Ziad Bourji. I also worked with the Broken Wings Musical and many local jazz artists.

I’ve performed in France, New York, Abu Dhabi, Lebanon and Saudi Arabia, but honestly, performing in Qatar for the World Cup is one of my greatest successes.

I’m speechless to be part of the world’s biggest sporting event, doing the thing that I love the most – playing music. I believe a combination of sport and music is what the world needs more of. I’m so thankful to be able to perform in front people from all over the world, here in Qatar.

Every day has its own little surprise, but my favourite moment was when I performed at the Trophy Tour in the lead-up to the tournament. There were thousands of people and the atmosphere was exceptional. The crowd was gathered in front of the stage and you could feel the excitement and happiness. The view was also amazing, which was a huge plus.

How do you feel about performing at the first FIFA World Cup in the Middle East and Arab world?

It’s an honour for me. I am Lebanese and I know how it feels and what it means to have the World Cup in an Arab country. We Arabs are very proud. It’s one of our greatest achievements – and the organisation here in Qatar is astonishing.

What are you most looking forward to during the tournament?

I want international fans to fall in love with Middle Eastern music. Also, to be able to represent my country is really humbling. To be able to create a positive atmosphere where people are making lifelong memories and friends is truly rewarding.

How do you feel being a key part of the FIFA World Cup entertainment?

Amazing. From the first time I received a message from the SC, my life changed. It’s a combination of emotions, but mostly excitement and happiness. I have worked hard to be where I am now and this is the cherry on top. So far, I can say I have benefited and learned a lot from this experience. Like I mentioned, it’s a beautiful feeling to be a part of this Word Cup, especially because it’s happening here in the Middle East.

How has it been interacting with fans from all over the world?

As we all know, music unites everyone. My performance has something for everyone. It has that Middle Eastern feel coupled with chart topping songs that will make fans dance as soon as they hear them.

Portugal. Cristiano Ronaldo inspired me a lot growing up. To be honest, he is one of the biggest sources of inspiration for me – to see where he began and where he is now. But despite my love for Portugal, I would be thrilled to see an Arab country reach the final.