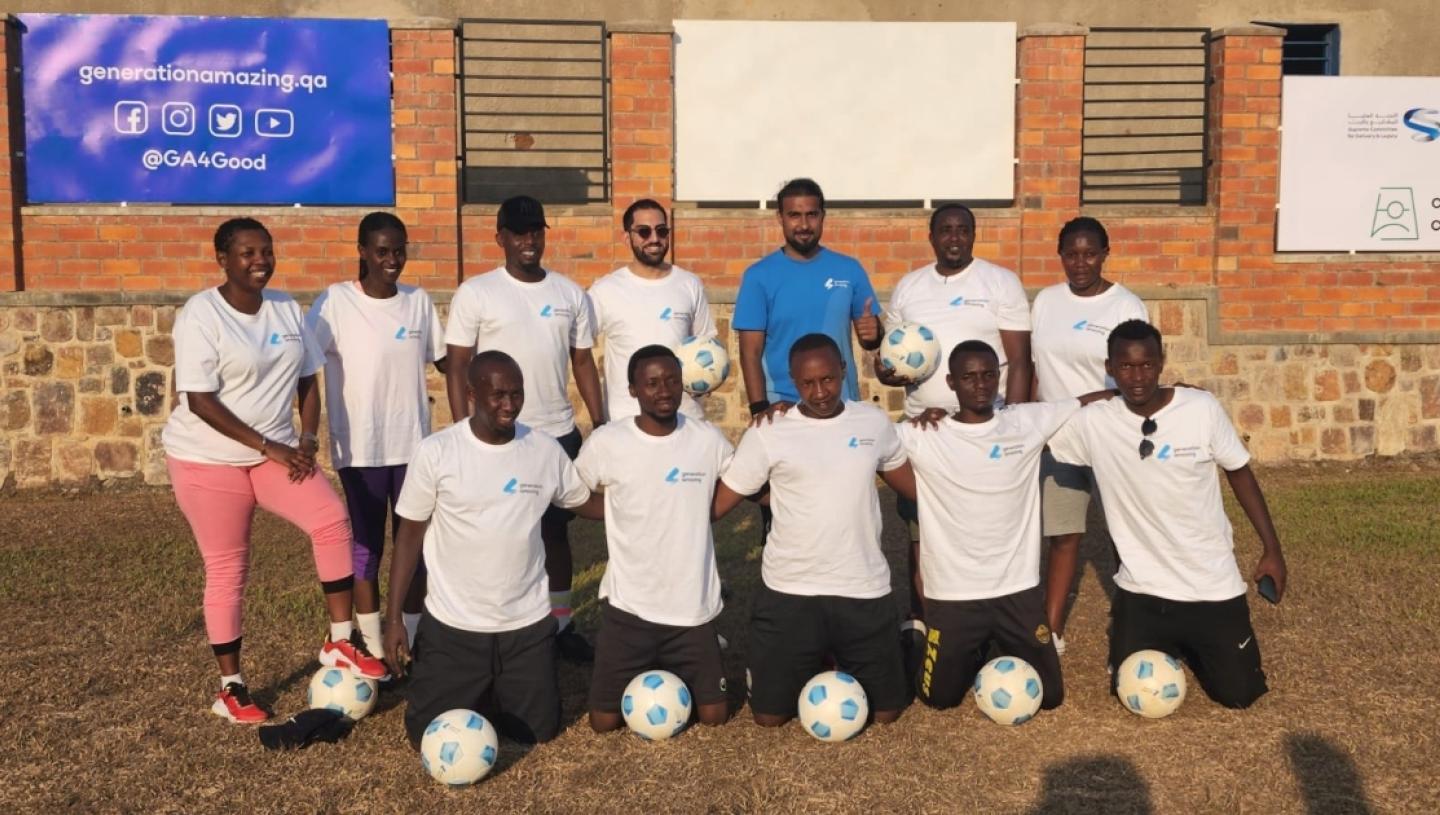 “Ever since Qatar won the bid to host the World Cup in 2010, GA has been driven by a fundamental belief that football can unlock the potential of young people around the world. We are delighted to have been able to keep our promise of reaching 1 million beneficiaries before the World Cup – and we will keep that energy moving forward into 2023,” said Nasser Al Khori, Executive Director, Generation Amazing.

Since being launched during Qatar’s bid to host the FIFA World Cup™, GA has implemented football for development projects in 35 countries. Generation Amazing operates in alignment with the United Nations Sustainable Development Goals, promoting inclusion and gender equality in its football for development programme. The programme's unique methodology teaches life skills, including communication, leadership, teamwork and organisation.

In the days leading up to the FIFA World Cup Qatar 2022™, GA also organised the 4th edition of the GA Festival, where over 400 youth from across the world took part in a first-of-its-kind international schools exchange programme. The festival saw the launch of ‘Goal 22: Football, Social Impact and Sustainability’ – a first-of-its-kind youth exchange project that aims to empower young people who are passionate about football.

Through the programme, GA will teach key life skills through physical and virtual workshops led by Generation Amazing’s network of delivery partners. During the GA Festival, youth representing the 32 qualifying countries for Qatar 2022 came together in Doha for a series of workshops and activities.

“Seeing young people come together for a historic tournament, not only to support their teams, but to use football as a means of uplifting marginalised communities and building important life skills was amazing. In many ways, 2022 was a year that culminated all of our efforts over the last 12 years,” added Al Khori.

Throughout the year, GA continued to support marginalised communities around the world through a number of initiatives. In June, GA took part in a roundtable event at the 26th Commonwealth Heads of Government Meeting in Rwanda, which will host a Generation Amazing Community Club. The club will feature sports facilities as well as a safe space for youth to interact with each other.

A few months later in August, GA announced a collaboration with the UN Refugee Agency (UNHCR) and the Education Above All Foundation (EAA) to develop a “Football 4 Development Playbook” – a new toolkit that aims to support some of the world’s most vulnerable, forcibly displaced children.

In September, GA kicked off the 77th UN General Assembly week in New York through a special ‘Scoring for the Goals’ projection on the iconic UNHQ building. The initiative showcased the power of sport to inspire climate action and gender equality – as part of GA’s commitment to UN Development Goals.

Towards the end of the year, GA reached another milestone by expanding football for development programmes in schools across Jordan and Oman through a number of partnerships. GA also organised a panel on the vital role women play in shaping the future of sports for development at the Concordia Annual Summit.  The roundtable included experts and leaders in the field to discuss how mega sporting events can translate into substantive and sustainable social change for communities in need.