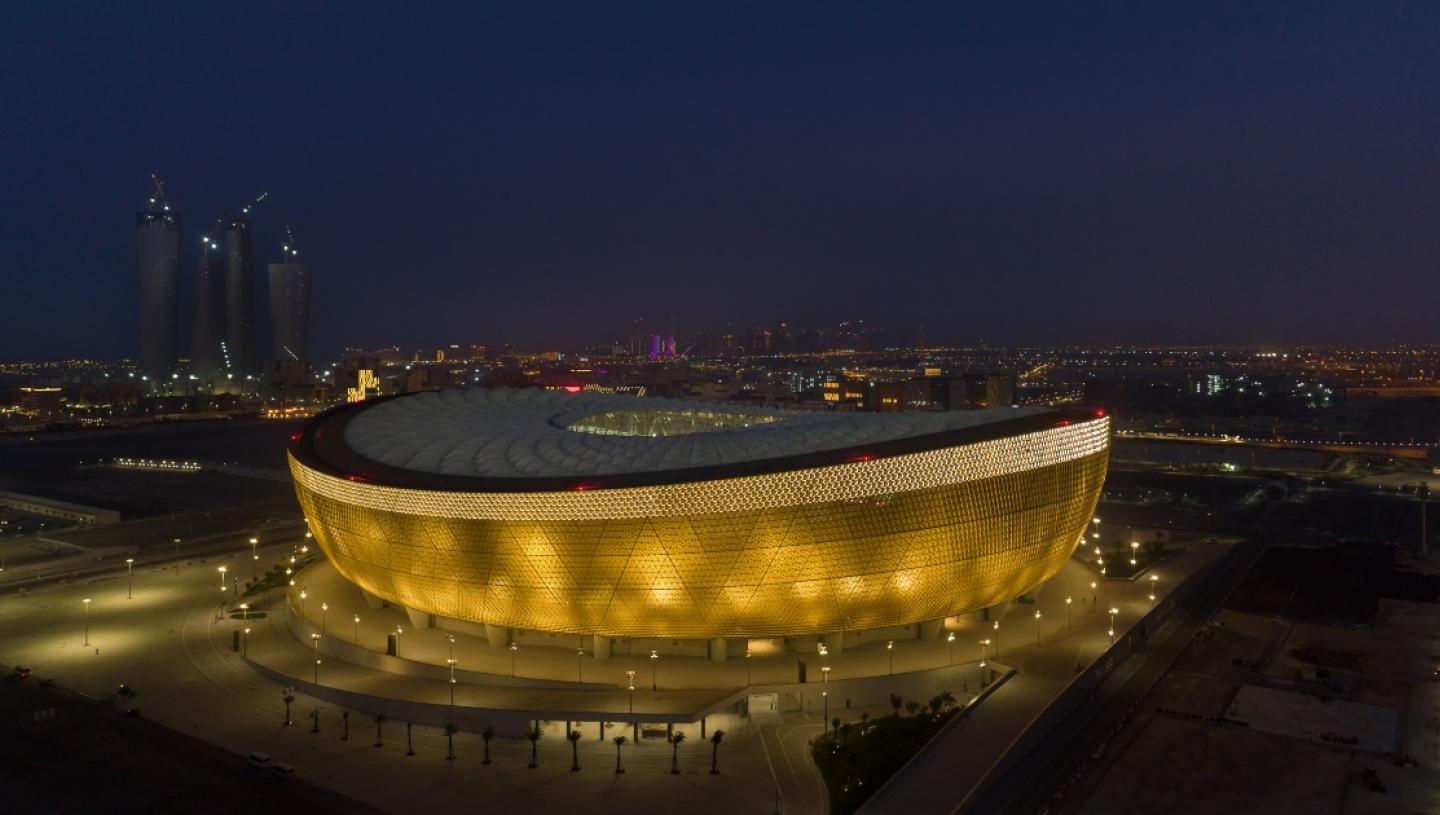 Embodying Qatar's ambition, along with the country’s passion for sharing Arab culture with the world, the 80,000-capacity Lusail Stadium will host the Lusail Super Cup between the champions of Saudi Arabia and Egypt on Friday 9 September.

Lusail is Qatar’s biggest stadium and will host matches during every stage of this year’s World Cup, including the final on 18 December, which is also Qatar National Day.

The spectacular venue will become the centrepiece of Lusail – a newly-built, state-of-the-art metropolis, designed specifically with residents’ needs in mind. The stadium writes a new page in Qatar's story, while paying homage to the rich history of the country and region. 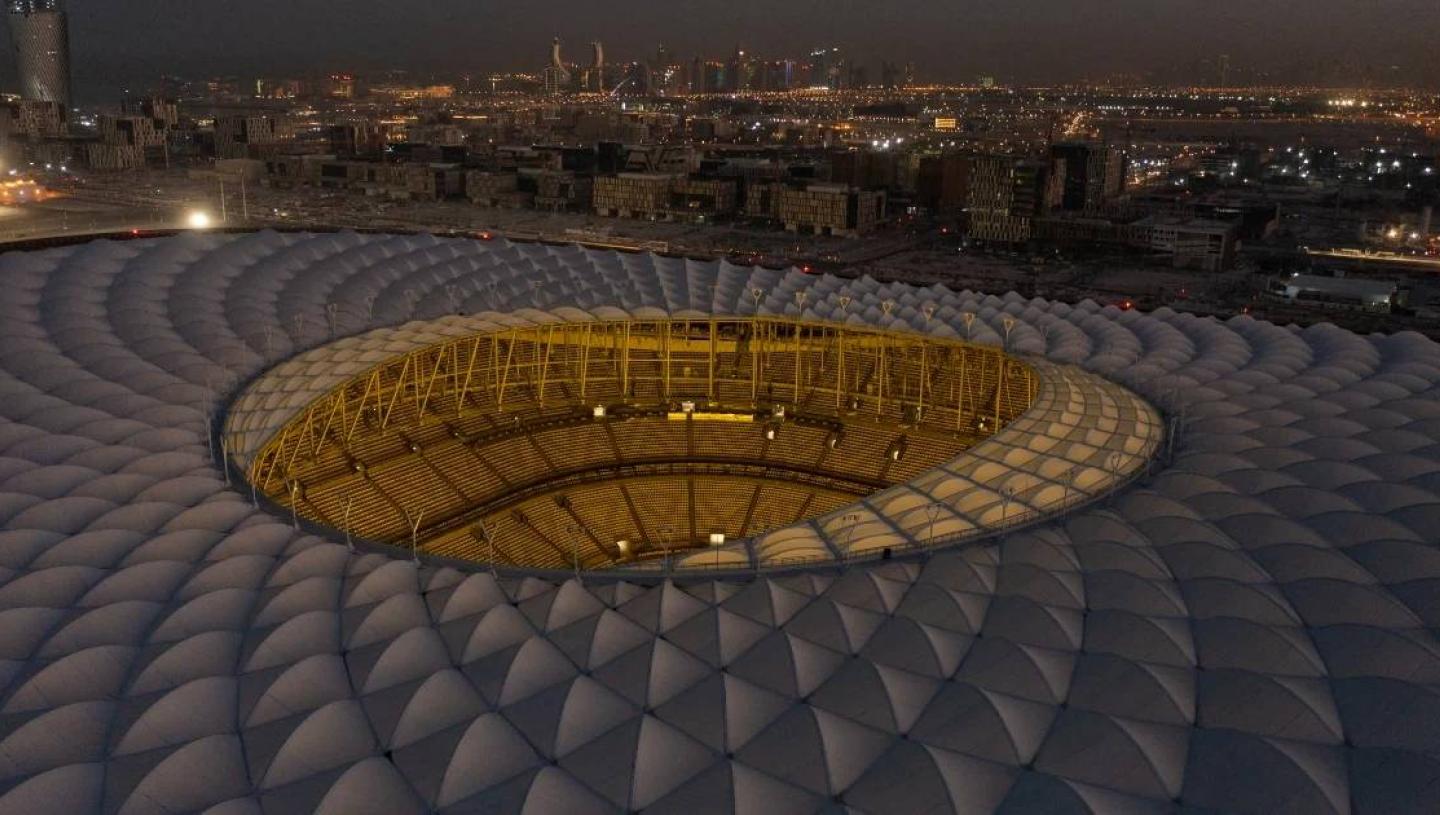 Fittingly futuristic, Lusail’s design is inspired by the interplay of light and shadow that characterises the fanar lantern. The stadium’s shape and facade echo the intricate decorative motifs on bowls and other vessels characteristic of the golden age of art and craftsmanship in the Arab and Islamic world.

Fit for a final 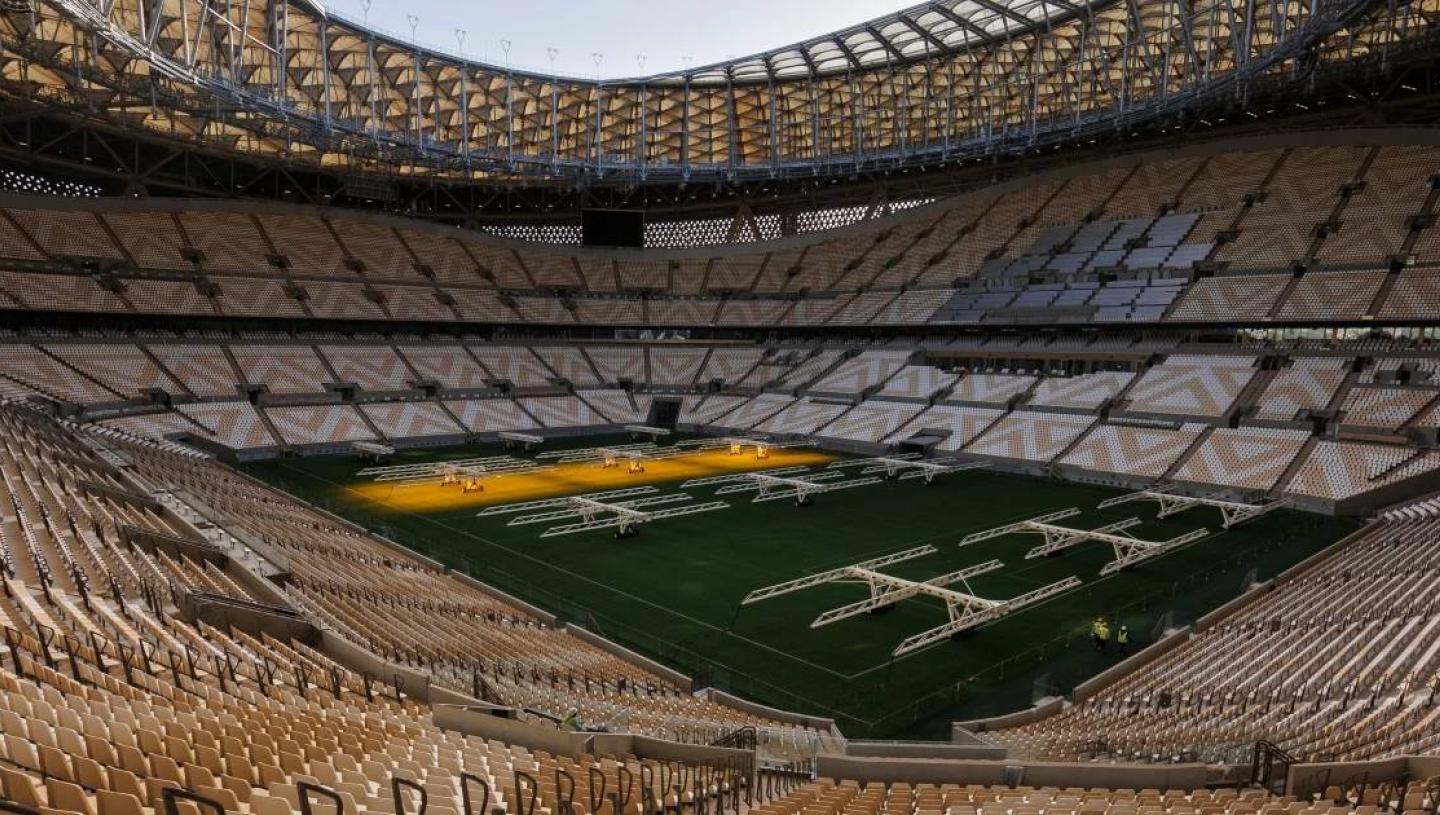 Lusail will host ten matches during the World Cup – which is more than any other Qatar 2022 venue. In addition to six group stage games, it will host knockout contests in the round of 16, quarter-finals, semi-finals and final. The first World Cup match to be hosted at Lusail will be the Group C clash between Argentina and Saudi Arabia on 22 November. 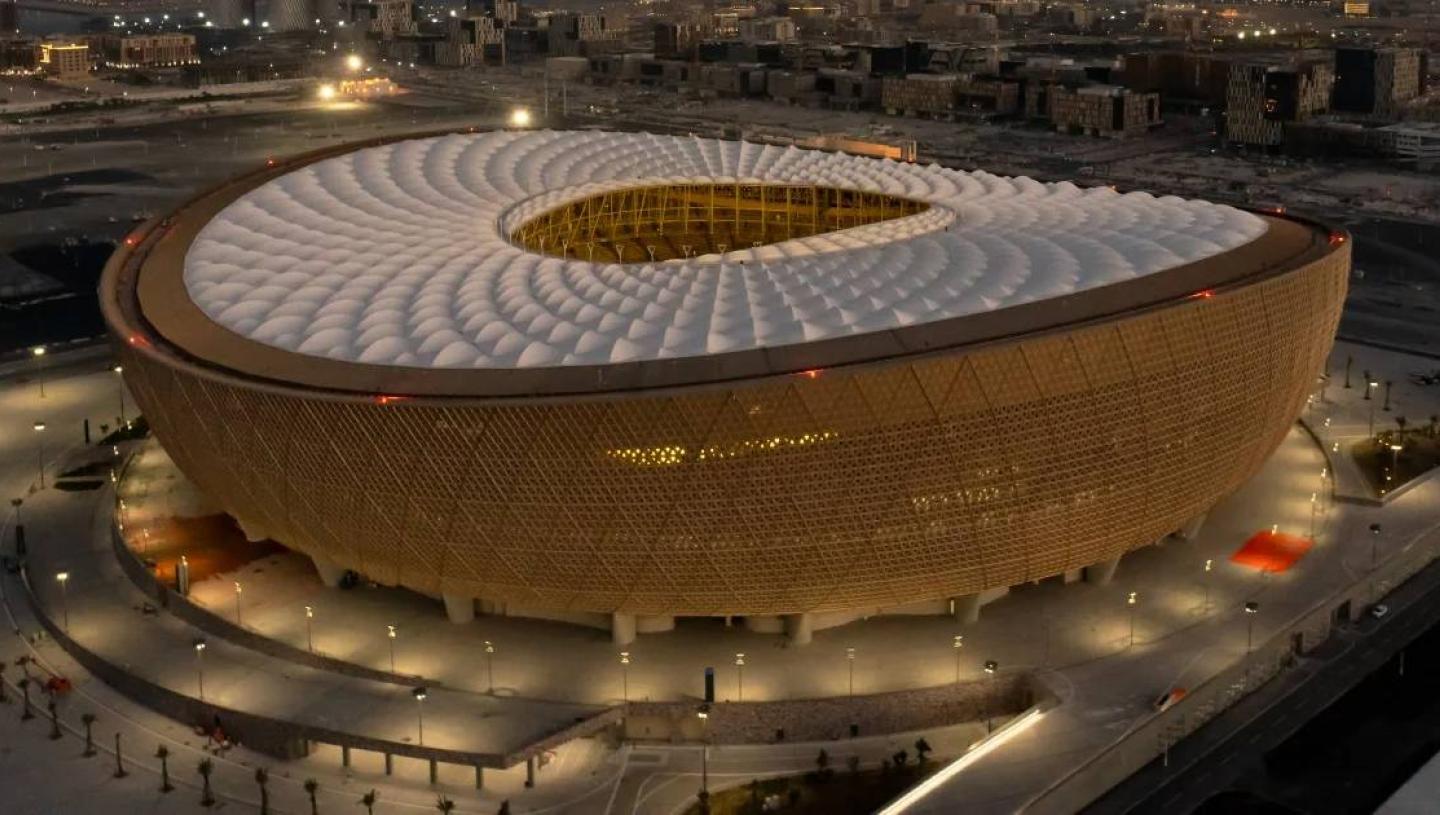 The stadium and surrounding precinct are set to feature a host of civic facilities, including housing, shops, food and beverage outlets, a health clinic and school. After the World Cup, the modular upper tier is set to be repurposed, with the seats donated to a community which lacks sporting infrastructure.

Green stadium in a green city 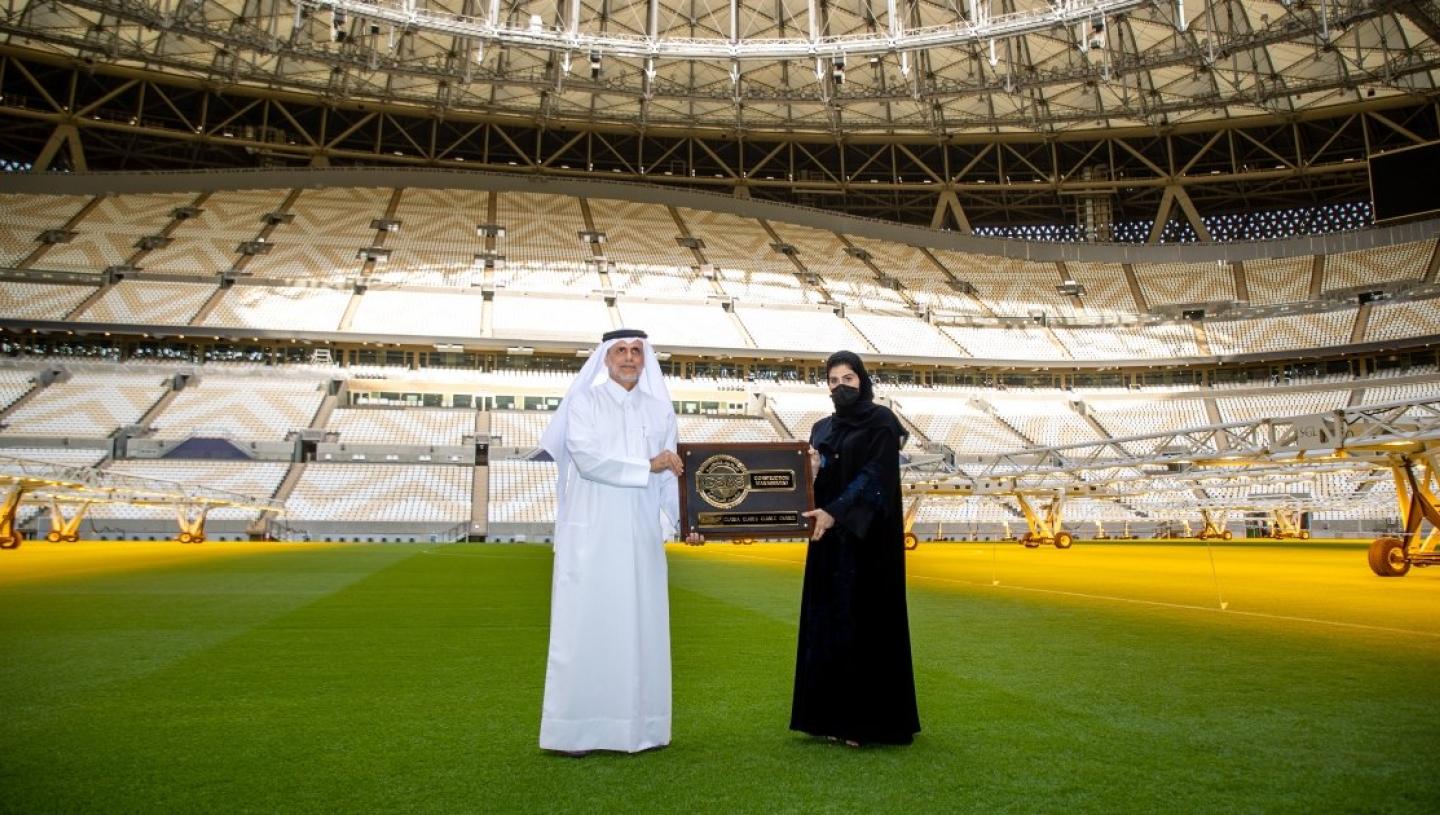 The construction of Lusail employed sustainable building practices and waste water recycling measures. The site conserved 40% more water than conventional stadium developments, with the recycled water used to irrigate plants around the venue. Made from a state-of-the-art material called Polytetrafluoroethylene (PTFE), the roof protects the stadium from warm wind, keeps out dust and allows in enough light for the pitch to grow, while providing shade to reduce the burden on the stadium’s cooling technology. These sustainable building practices resulted in Lusail receiving a five-star rating for Design & Build and Construction under the Global Sustainability Assessment System. 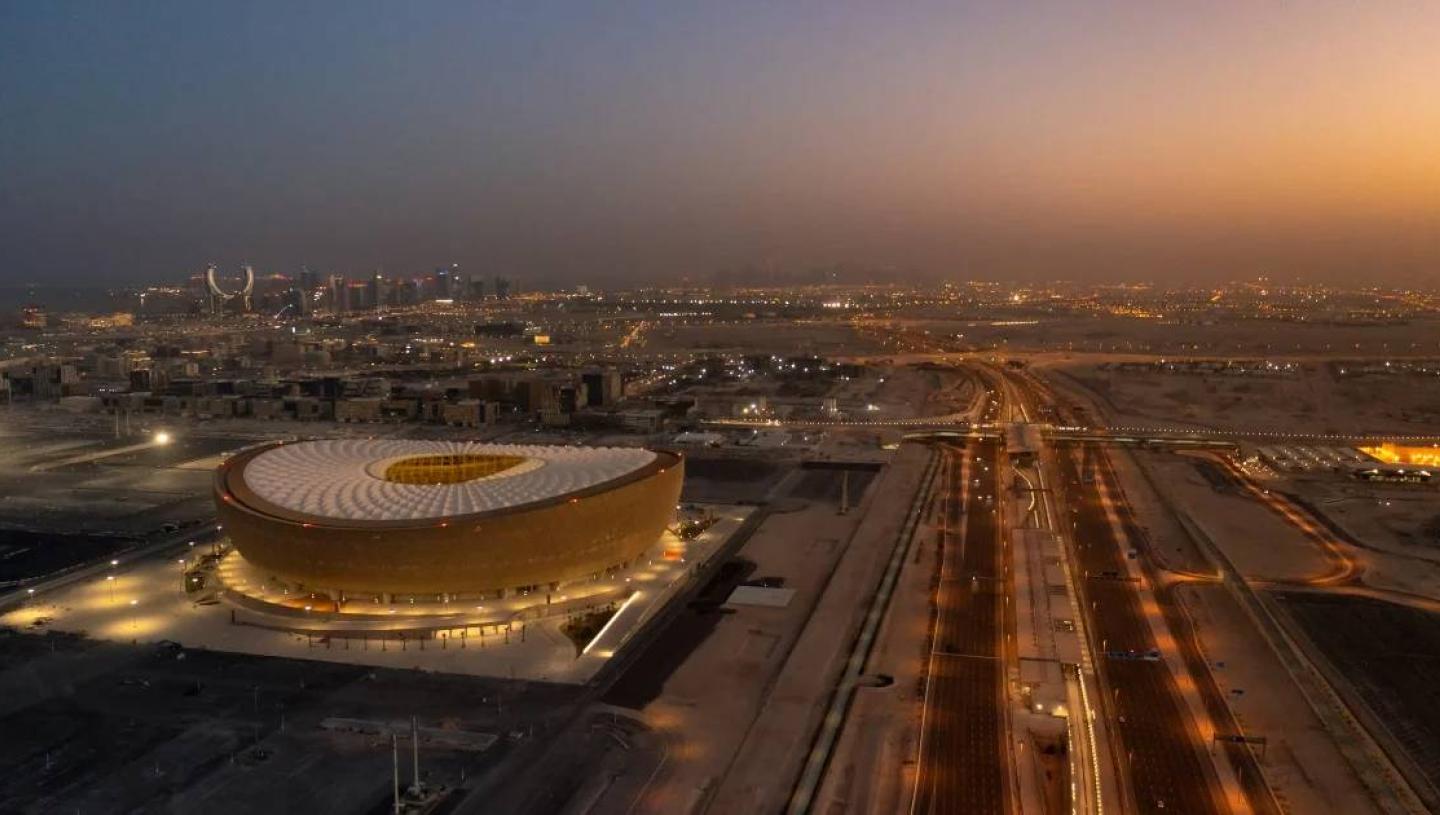 Click here to buy tickets for the Lusail Super Cup.

Fans interested in attending Qatar 2022 should click here for the latest information about tickets, accommodation and Hayya.