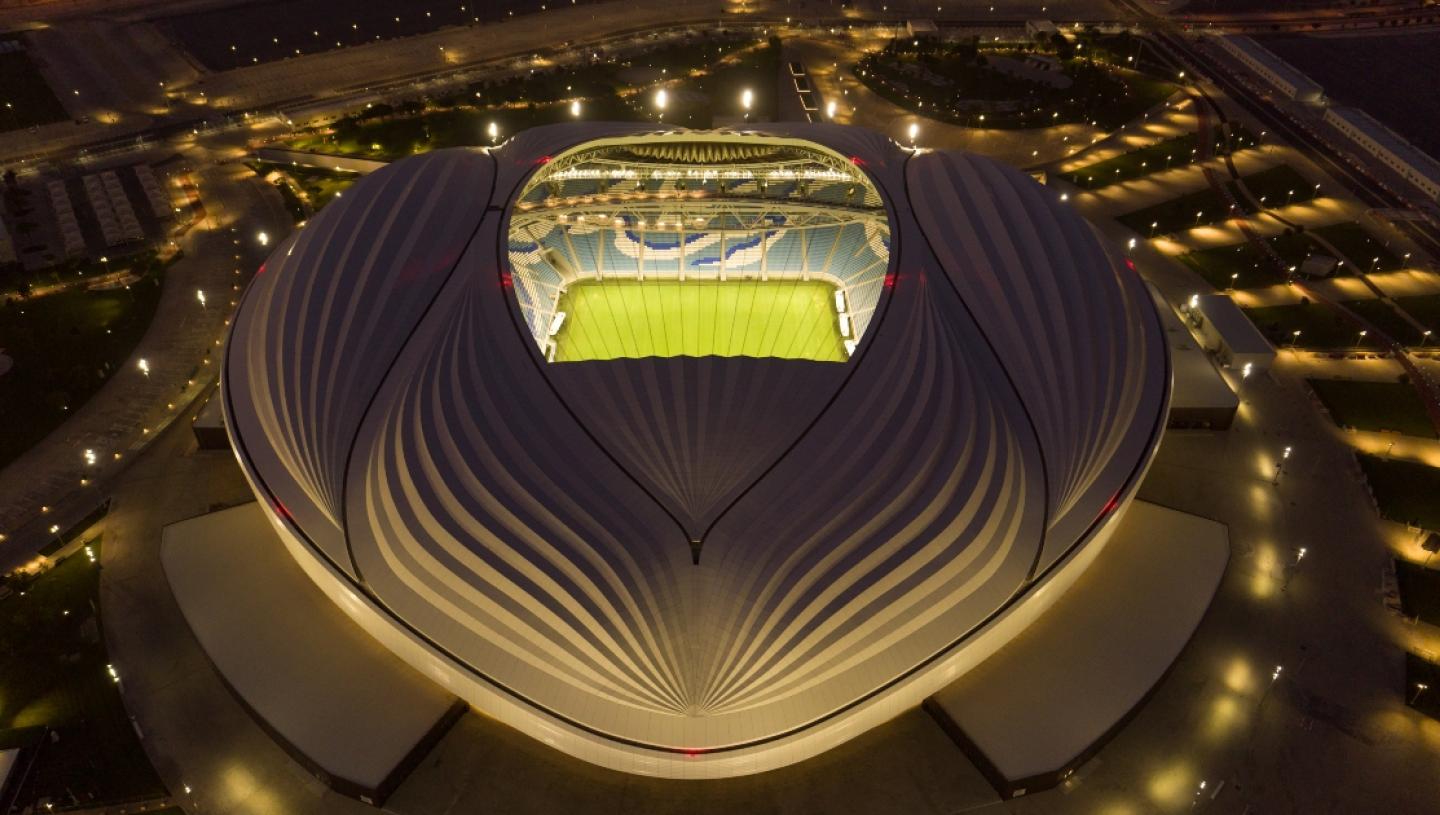 Designed by the late British-Iraqi architect Zaha Hadid, Al Janoub Stadium in Al Wakrah was officially inaugurated on 16 May 2019 when it hosted the Amir Cup final.

Here we take a closer look at the venue that is set to host seven matches during the FIFA World Cup Qatar 2022™.

Al Janoub Stadium is easily accessible by road or metro. Al Wakrah station, on the Doha Metro Red Line, is just 4.5km away. Shuttle bus services will transport fans to and from the metro on match days.

After the World Cup, around 20,000 seats from the upper tiers will be donated to support football development projects overseas. The remaining 20,000-capacity venue will be used for football and other sporting events.

During legacy mode, the stadium will become a sporting hub for the Al Wakrah community. Additional facilities are being developed in the stadium precinct, including a cycling and running track. The precinct will also feature a host of other community facilities, including a mosque, multipurpose indoor arena, a school and wedding hall.

“Al Janoub Stadium’s location was strategically chosen in order to serve the people of Al Wakrah and those in surrounding areas, as they represent a large demographic of Qatar’s population,” said Al Ishaq.

During the FIFA World Cup™, Al Janoub Stadium will host seven matches through to the round of 16 stage, including: