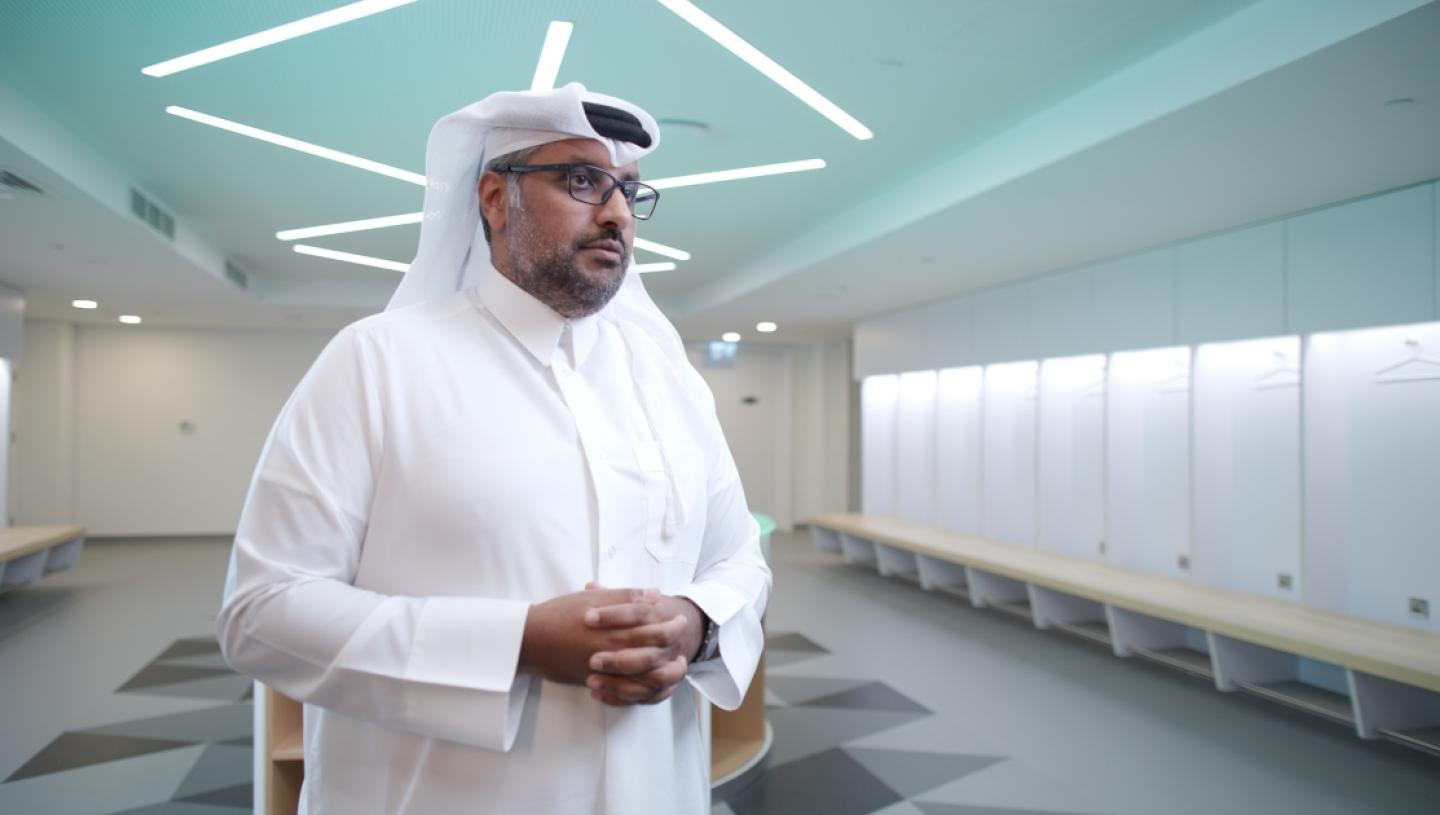 Here we take a closer look at the venue that is set to host eight matches during the FIFA World Cup Qatar 2022™.

Located 12km from central Doha, Al Thumama Stadium is designed to replicate the ‘gahfiya’, a traditional woven cap worn by men and boys across the Middle East and Arab world.

“The design was inspired by the white Qatari gahfiya,” said Khalifa Al Mana, Al Thumama Stadium Operations Manager. “The architect used the patterns and lines of the gahfiya as a reference and incorporated them into the design of the stadium.”

Al Thumama Stadium is located in a residential area just outside Doha.

“There were many options for the location of this stadium. Following community engagement efforts between the SC and people in Al Thumama, it was decided to build the stadium here to boost the local sporting facilities in the area,” said Al Mana.

After the World Cup, around 20,000 seats from the upper tiers will be donated to countries in need of sporting infrastructure. The remaining venue will be used for football and other sporting events.

“Thanks to its location, the stadium will have a strong community legacy,” said Al Mana. “The precinct includes ten football pitches, which will be used by local teams.”

Further precinct facilities will cater for a number of sports, including handball, swimming, basketball, running and cycling. There are also plans to develop retail units, a sports clinic and boutique hotel in the stadium’s upper tiers.

During the FIFA World Cup™, Al Thumama will host eight matches through to the round of 16 stage, including: