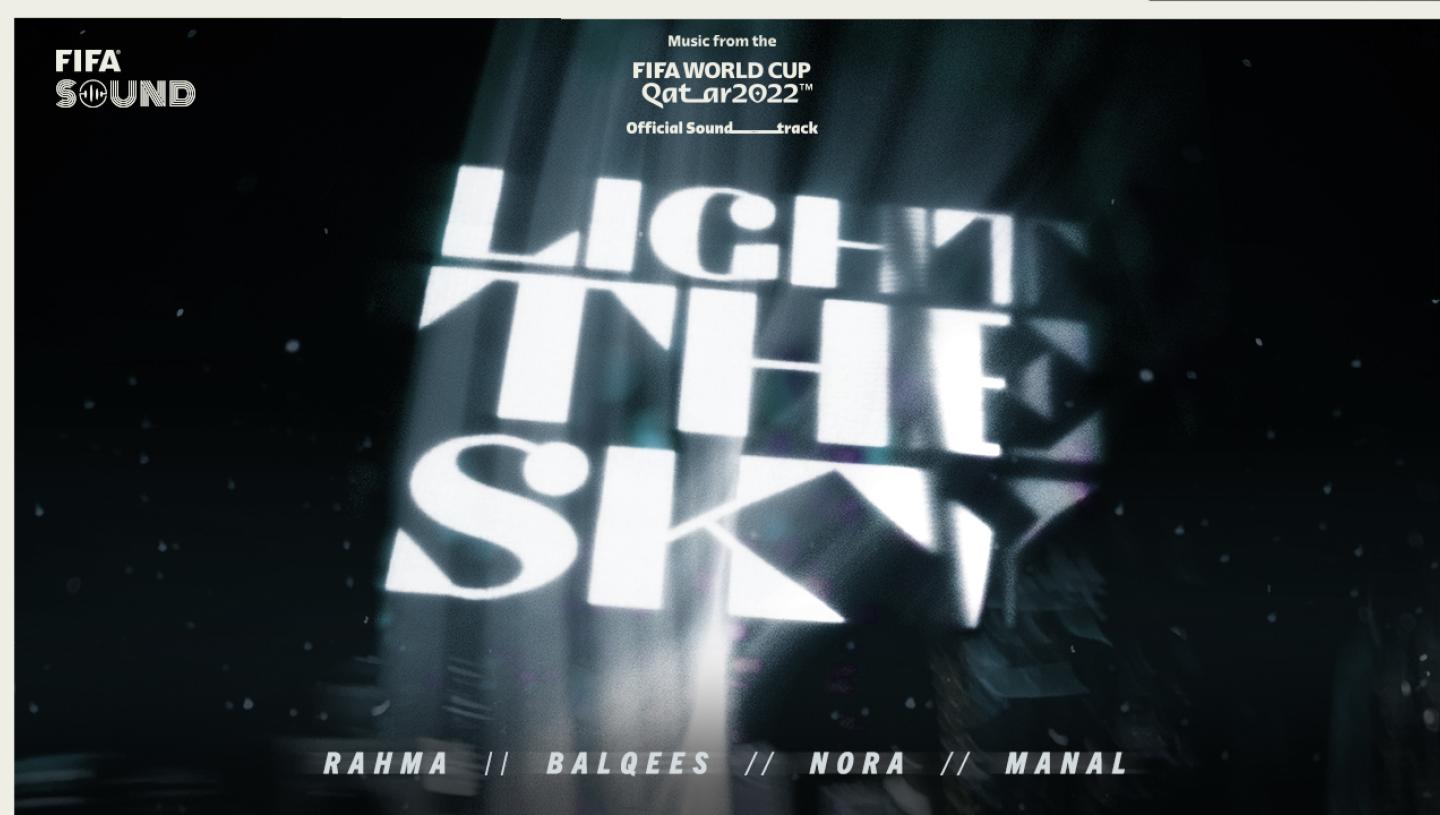 Light The Sky, a stunning collaboration featuring four of the Arab world’s most famous female singers, is the latest release to hit the airwaves from the FIFA World Cup Qatar 2022™ Official Soundtrack.

The song’s atmospheric and edgy music video also celebrates the groundbreaking inclusion of female referees at the first-ever FIFA World Cup™ in the Middle East by featuring all six officials who will officiate at the tournament.

Stéphanie Frappart from France, Salima Mukansanga from Rwanda and Yoshimi Yamashita from Japan will take charge of matches in Qatar, while Neuza Back from Brazil, Karen Díaz Medina from Mexico and Kathryn Nesbitt from the USA will be assistant referees.

Light The Sky is the fourth single on the Official Soundtrack, following global hits Hayya Hayya (Better Together), Arhbo and The World is Yours to Take, with more releases to follow ahead of the start of the tournament on 20 November.

The multi-song Official Soundtrack, spearheaded by the FIFA Sound strategy, is bringing together artists, fans and players to share their passion by combining the universal languages of music and football.

“Light The Sky tells us to ‘shout if you’re with me’ and brings to life the spirit of communal celebration of the FIFA World Cup – an energising message as we look forward to a game-changing tournament of firsts,” FIFA Entertainment Executive and song producer RedOne says. “This is an inspirational song with its roots firmly in the Middle East. It is also fitting that the first-ever female referees at a FIFA World Cup are part of this release that will connect with football and music lovers of all ages.”

Fans can listen to Light The Sky here and watch the music video here.

Note to editors: quotes from all four singers are available below.

Rahma Riad: “I was always encouraged to pursue my dream and create music that means something special, and the upcoming FIFA World Cup represents an opportunity for others to pursue their own dreams. It is amazing that this extraordinary football event is taking place in the Middle East, and I am looking forward to the world discovering our beautiful region.”

Nora Fatehi: “Football, like music, is a universal language that has a passionate following – and I have witnessed this with my own eyes wherever I have travelled across the globe. It has been a privilege to collaborate with such passionate and talented women to create something that celebrates our roots and the excitement of the FIFA World Cup.”

Balqees: “This is a stunning piece of music, representing everything that is positive about the first-ever FIFA World Cup in the Middle East. This is an event that will bring people together from around the world and, through Light The Sky, we are demonstrating how we can lift each other up and create something truly memorable.”

Manal: “Light The Sky is a song that carries an inspirational message of hope and togetherness; a celebration of a groundbreaking FIFA World Cup for our region, as well as the strength, creativity and determination of women. These are inspirational attributes that will be shared worldwide through this unique football festival in Qatar.”