Fahad Al Kubaisi: ‘The opening match day will mark the achievement of a nation’s dream’ 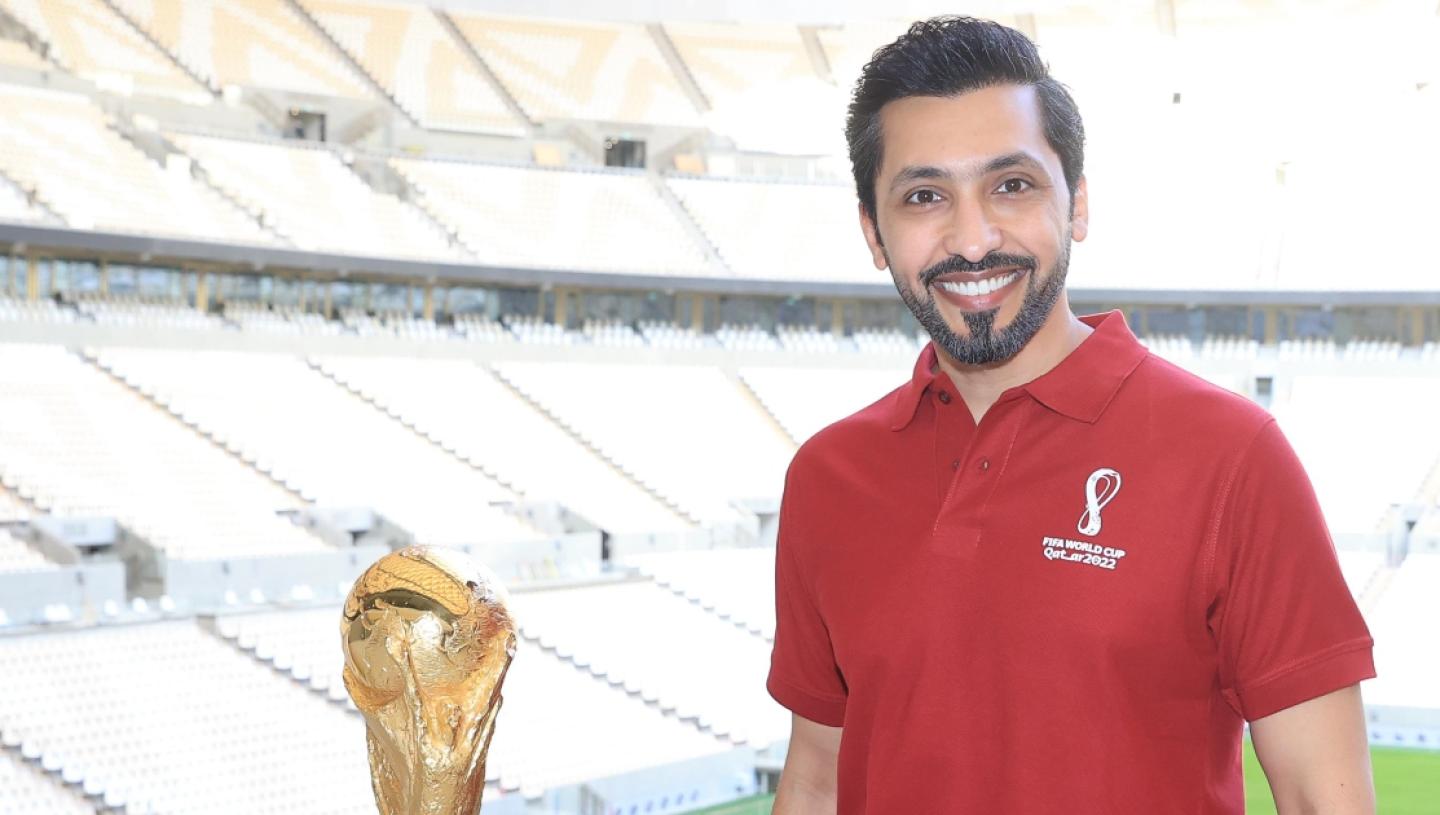 Qatari singer Fahad Al Kubaisi is eagerly anticipating the FIFA World Cup™, which will get underway at Al Bayt Stadium on 20 November.

The FIFA World Cup™ Ambassador believes the tournament will showcase the Middle East and Arab world in a positive light while uniting people from across the globe.

“The World Cup is an exceptional tournament for everyone in our region,” said Al Kubaisi. “We are so excited to welcome everyone and unite them here in Qatar, where they will see our peace, development and love. I think this is the most important message to people visiting us.”

Al Kubaisi recorded ‘Ahlan, Ahlan’, the official song for the 2019 Arabian Gulf Cup, which was also held in Qatar. It became a popular hit across the region as Qatar once again showcased its event hosting expertise.

“I love the sports music genre as it resonates with so many people,” said Al Kubaisi. “It unites everyone – with sports music, fans feel like you are translating their emotions through song.”

He continued: “I was so proud to hear people singing and humming along to ‘Ahlan, Ahlan’ – it was a favourite for people in Qatar and across the Arab region. Everyone loved it – not just football fans.”

Al Kubaisi earned a degree in physical education and sports science from Qatar University before prioritising his singing career. Through his music, he aims to deliver positive, meaningful messages. He also sees the similarities between music and sport.

“When we were examined at university, we were tested on rhythm, which is crucial for any athlete. This link is scientific – it is important for athletes to act like artists,” he said.

Al Kubaisi is also well known for being a big supporter of the Qatar national team. The Maroons are preparing to compete in their first World Cup and will face Ecuador, the Netherlands and Senegal in Group A.

“I am very optimistic about our team. Our players are very ambitious and this is reflected in recent performances, including the Asian Cup win in 2019,” said Al Kubaisi.

He added: “For Qataris, the first whistle on the opening match day will mark the achievement of a nation’s dream. Everyone in Qatar, one way or another, has contributed to the success of the tournament. I am beyond proud to see all the efforts pay off. We cannot wait to see our nation’s promise delivered.”