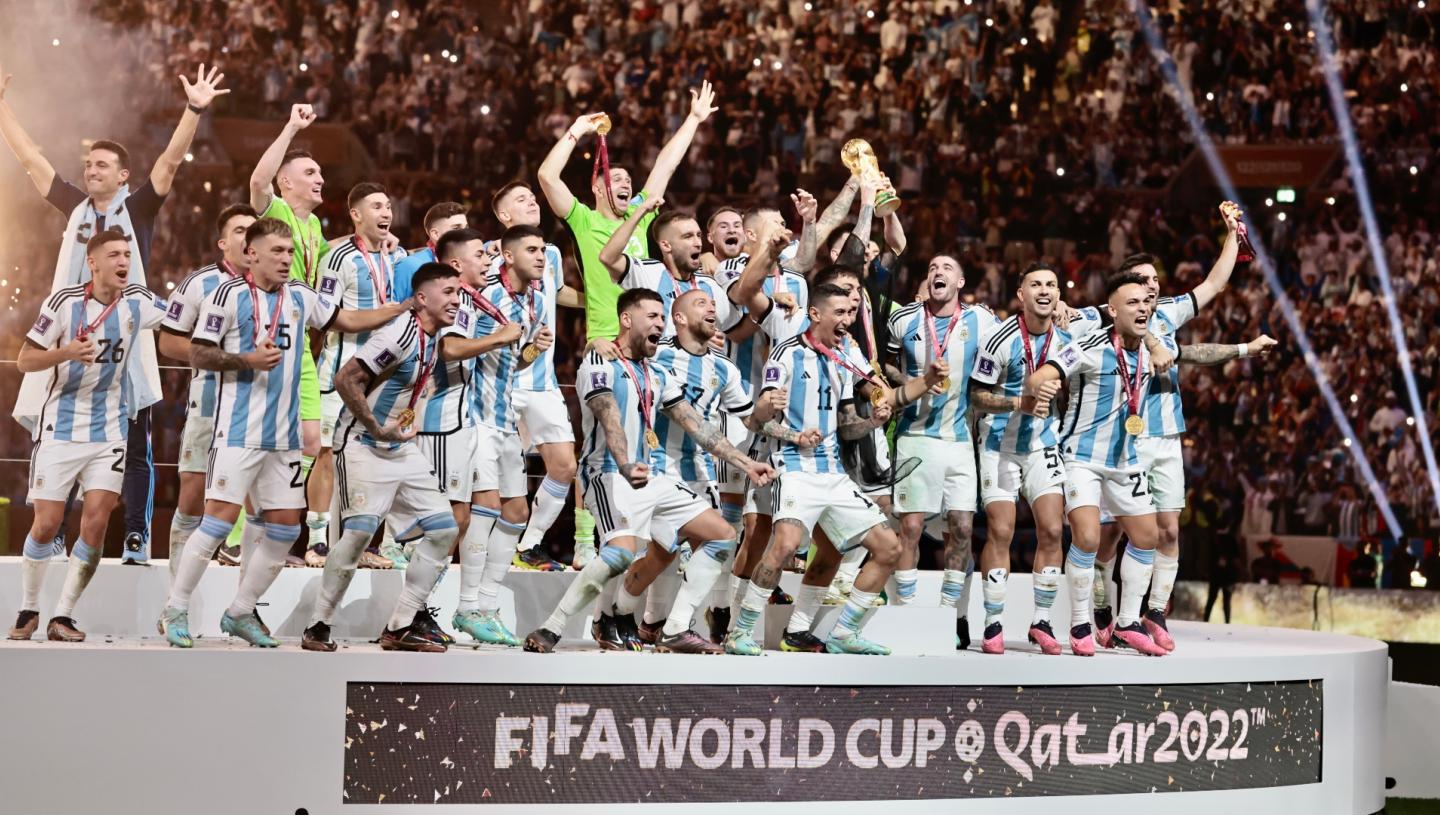 The first FIFA World Cup™ in the Middle East and Arab world reached a magnificent conclusion on Sunday 18 December with Argentina lifting the trophy for the third time after a dramatic final at Lusail Stadium in Qatar.

In front of a capacity crowd of 88,966, Argentina won 4-2 on penalties after a mesmerising match ended 3-3 after extra-time.

Lionel Messi scored the opening goal in the first half with a penalty before Angel Di Maria doubled the advantage soon after following a sweeping counter-attack.

Late in the game, Kylian Mbappe hauled France level with two goals — the first a penalty — to force extra-time and give Les Bleus momentum.

Messi looked to have won the match when he forced the ball home after 108 minutes but Mpabbe completed his hat-trick with a second penalty soon after to force a shoot-out.

Argentina were in control of the shoot-out throughout and completed victory with Gonzalo Montiel’s winning spot-kick. 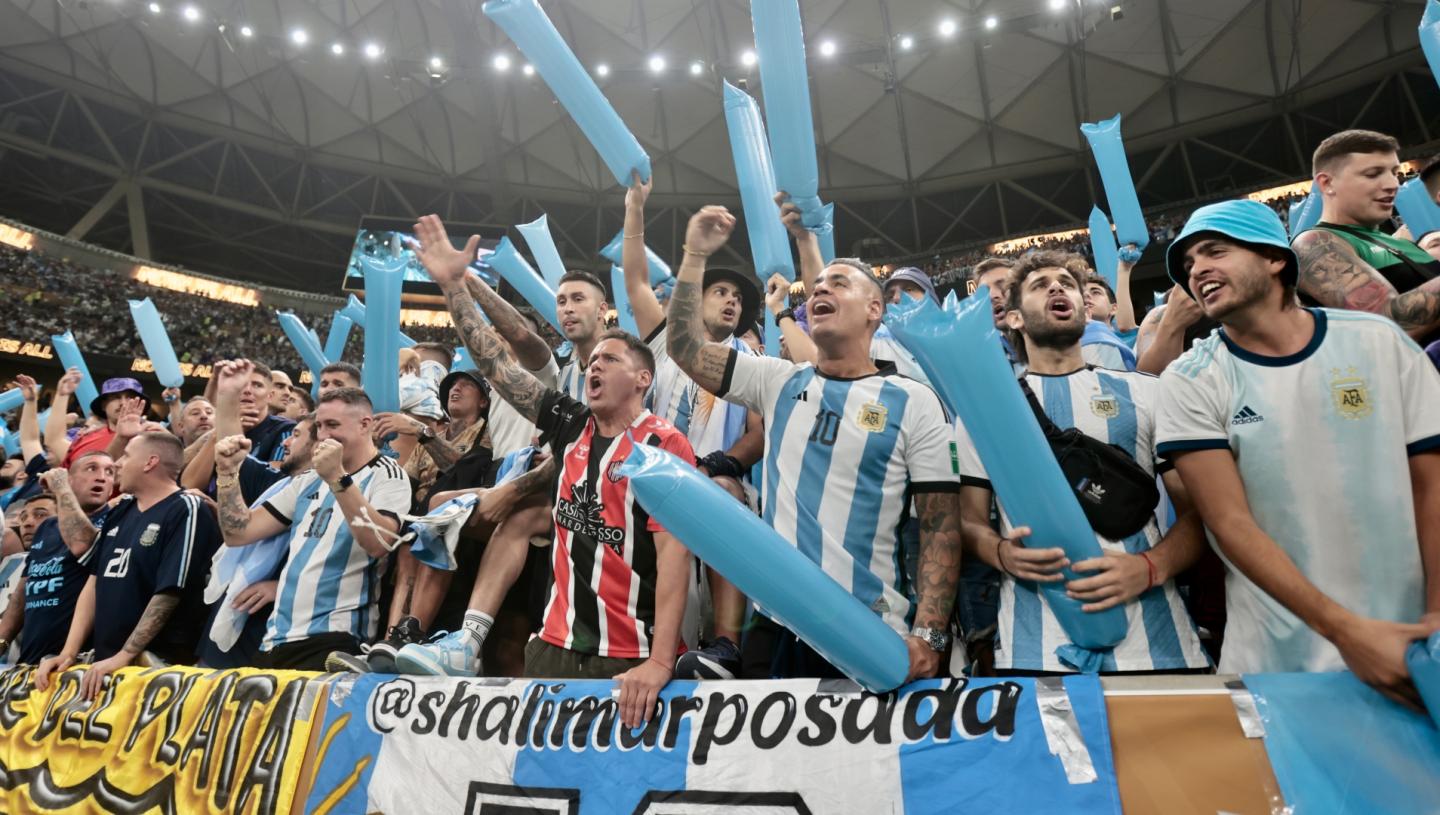 It was the first time a final ended 3-3 and contained the second World Cup final hat-trick in history. The tournament set a record for the number of goals with 172.

Ahead of Sunday’s final, a stunning closing ceremony was held featuring a raft of stars, including Dana, Davido, Aisha, Manal, Balqees, Rahma, RedOne, Ozuma, Gims and Nora. A host of songs from the tournament’s Official Soundtrack were performed while 32 flying orbs paid tribute to each participating nation.

The final was the 64th match of the tournament, which got underway at Al Bayt Stadium on 20 November. More than 3.4 million tickets were sold for the matches, which were held at eight state-of-the-art stadiums, all located within an hour’s journey time of central Doha.

Qatar hosted the most compact edition of the FIFA World Cup in modern history, with fans revelling in the opportunity to attend more than one match a day during the early stages of the tournament. During the 29 days, Qatar welcomed more than 1.4 million fans to the country.

While fans enjoyed exciting football on the pitch, Qatar hosted a vast number of entertainment activations across the country, including the FIFA Fan Festival™ at Al Bidda Park, which welcomed more than 1.8 million visitors, and the Corniche Activation. The tourist attractions all provided an opportunity for fans to celebrate their shared love of football in what proved a beautiful exchange of cultures from across the globe. 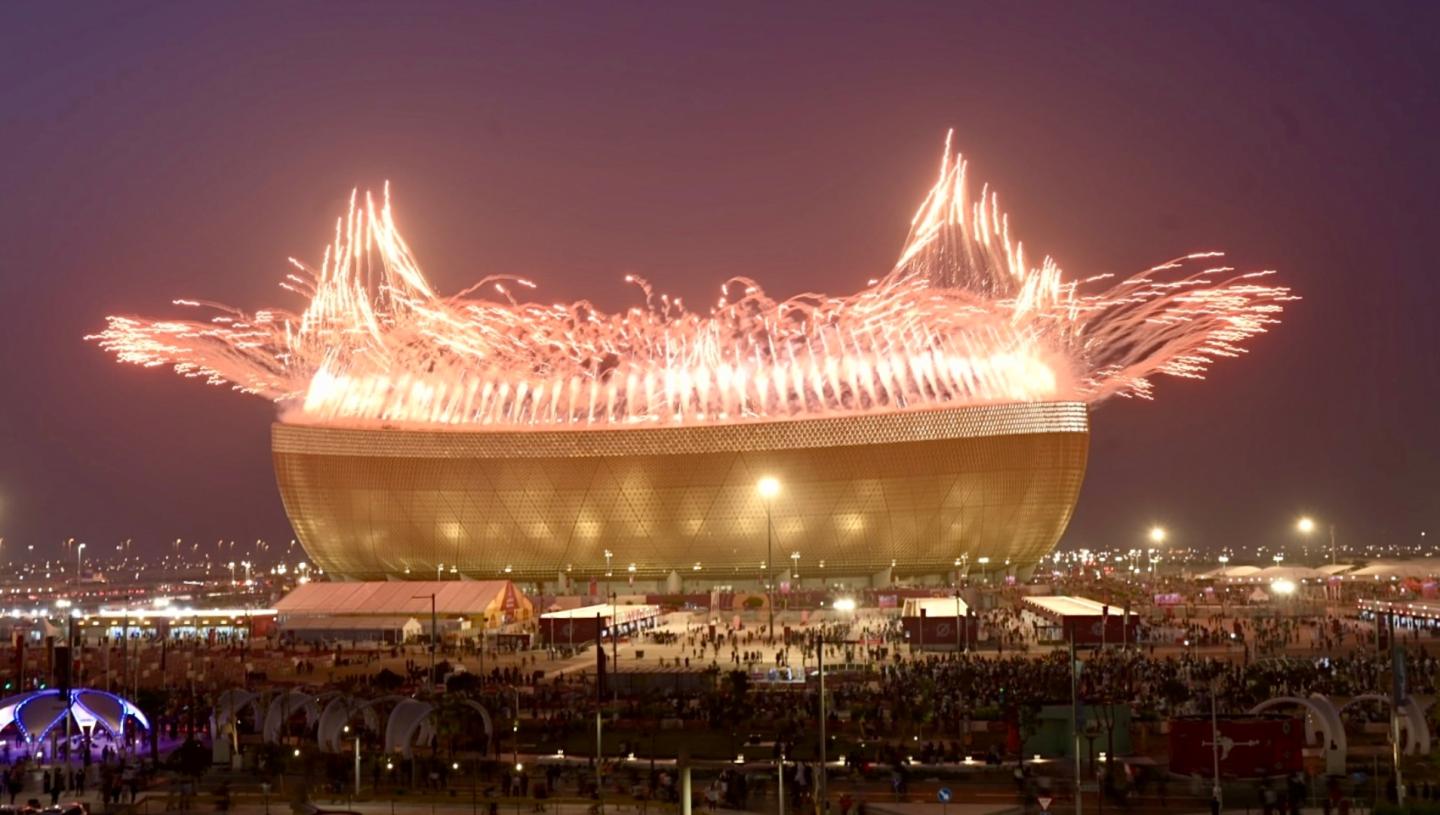 H.E. Hassan Al Thawadi, Secretary General, Supreme Committee for Delivery & Legacy (SC), and Chairman, FIFA World Cup Qatar 2022 LLC (Q22), said: “Qatar is incredibly proud to have hosted a landmark and unforgettable edition of the FIFA World Cup. This tournament has inspired billions of people across the Middle East, Arab world and globally. Through football, we have bridged the gap between East and West and showcased the very best of our people and culture. The social, cultural, economic and environmental benefits of hosting this magnificent tournament will be felt for decades to come.”

Eng. Yasir Al Jamal, Director General, SC, said: “It has been an incredible journey – not just the last 29 days – but the entire 12 years leading up to the tournament. Back in 2010, we told the world to ‘Expect Amazing’ and we have delivered in spectacular fashion. Thanks to outstanding planning and collaboration with our trusted countrywide and international stakeholders, we have delivered an exciting fan experience, smooth transport operations and the most accessible FIFA World Cup in history. I pay tribute to all our dedicated staff and trusted partners for always going the extra mile and delivering a truly unique edition of the FIFA World Cup.”

Nasser Al Khater, CEO, Q22, said: “When fans across the globe look back on Qatar 2022, they will remember exciting action on the pitch, fantastic stadiums and a memorable fan experience. We delivered our mission to host a joyous celebration of the most popular sport on the planet – one where fans united through their shared passion for football. We are proud to have hosted the most compact, innovative and family-friendly FIFA World Cup ever – one that will deliver a sustainable legacy for communities in Qatar, across the region and globally. This tournament has set a benchmark for future mega events – and everyone who played a key role over the past 12 years should be very proud of their contribution.”