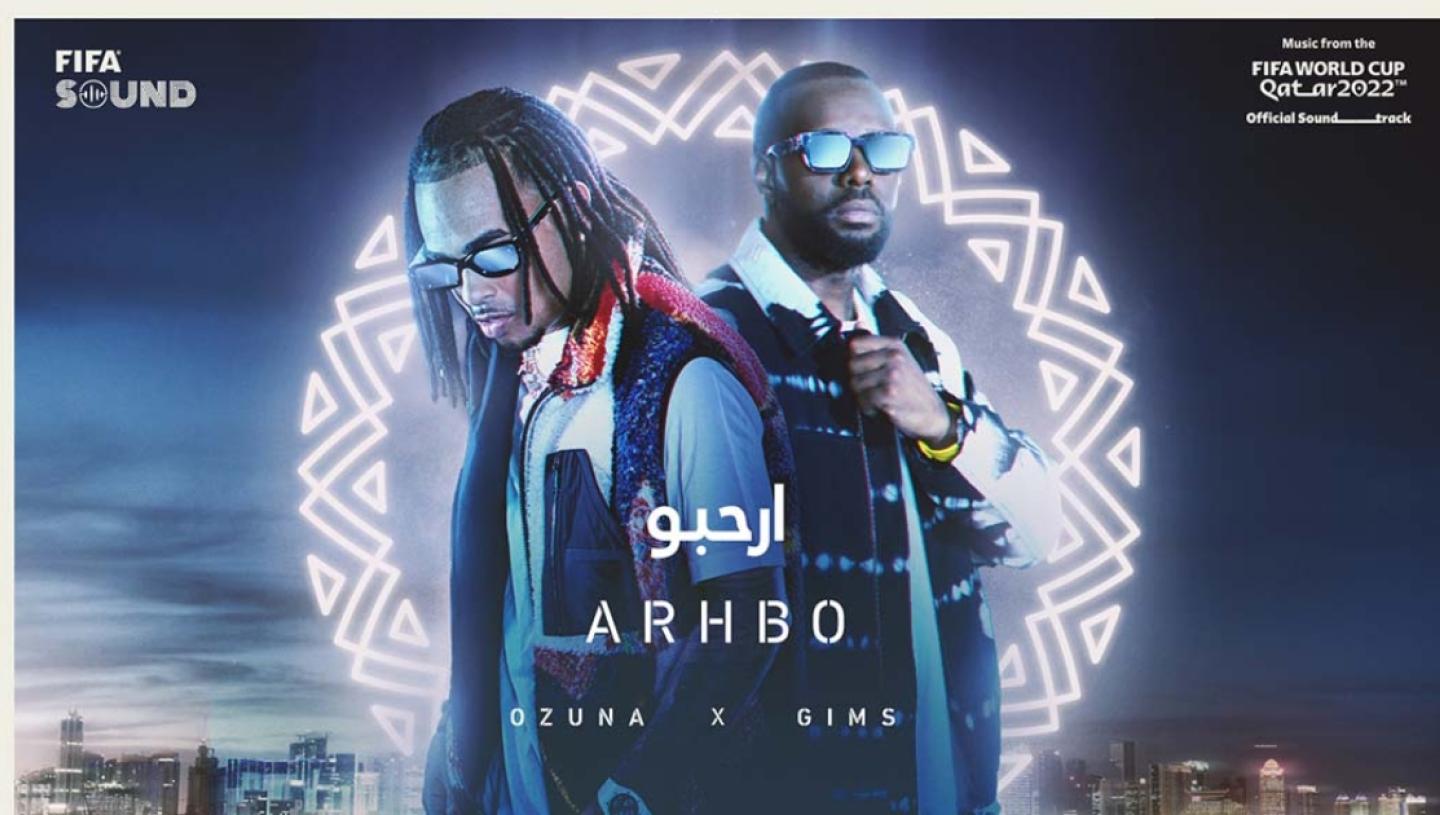 Arhbo, the new single from the FIFA World Cup Qatar 2022™ Official Soundtrack, will be released this week after the video premiered on Friday 19 August on YouTube

The Official Soundtrack, spearheaded by the FIFA Sound strategy, will feature more new releases as the tournament’s kick-off approaches

Ozuna and Gims have teamed up with FIFA for the release of Arhbo, the upbeat new single from the FIFA World Cup Qatar 2022™ Official Soundtrack. Following global hit Hayya Hayya (Better Together), the second single from the soundtrack will be available on streaming services on Friday 26 August. The video for Arhbo captured the attention of football and music lovers when it premiered on YouTube on Friday.

RedOne, FIFA’s Creative Entertainment Executive, commented: “I’m very honoured to be part of this wonderful World Cup in Qatar. We get to celebrate football and music together and welcome each other and celebrate being together and doing the things we love! These opportunities are rare; we need to grab and embrace them! That is the meaning, the heart and soul of Arhbo: ‘Welcome, brothers and sisters, wherever you are from! Let’s get together and celebrate!’”

“Arhbo” – the local slang word for “welcome” in Qatar – comes from the Arabic word “Marhaba”. The song is uplifting and amplifies the unity and togetherness woven into the fabric of this year’s landmark celebration in Qatar as anticipation builds ahead of the start of football’s greatest festival on 20 November.

The Official Soundtrack of the FIFA World Cup Qatar 2022 aims to bring together artists, fans and players to share their passion by combining the universal languages of music and football to stunning effect. This new release perfectly embodies the welcoming spirit of Qatar, giving a taste of what to expect when the action gets underway in less than three months’ time. 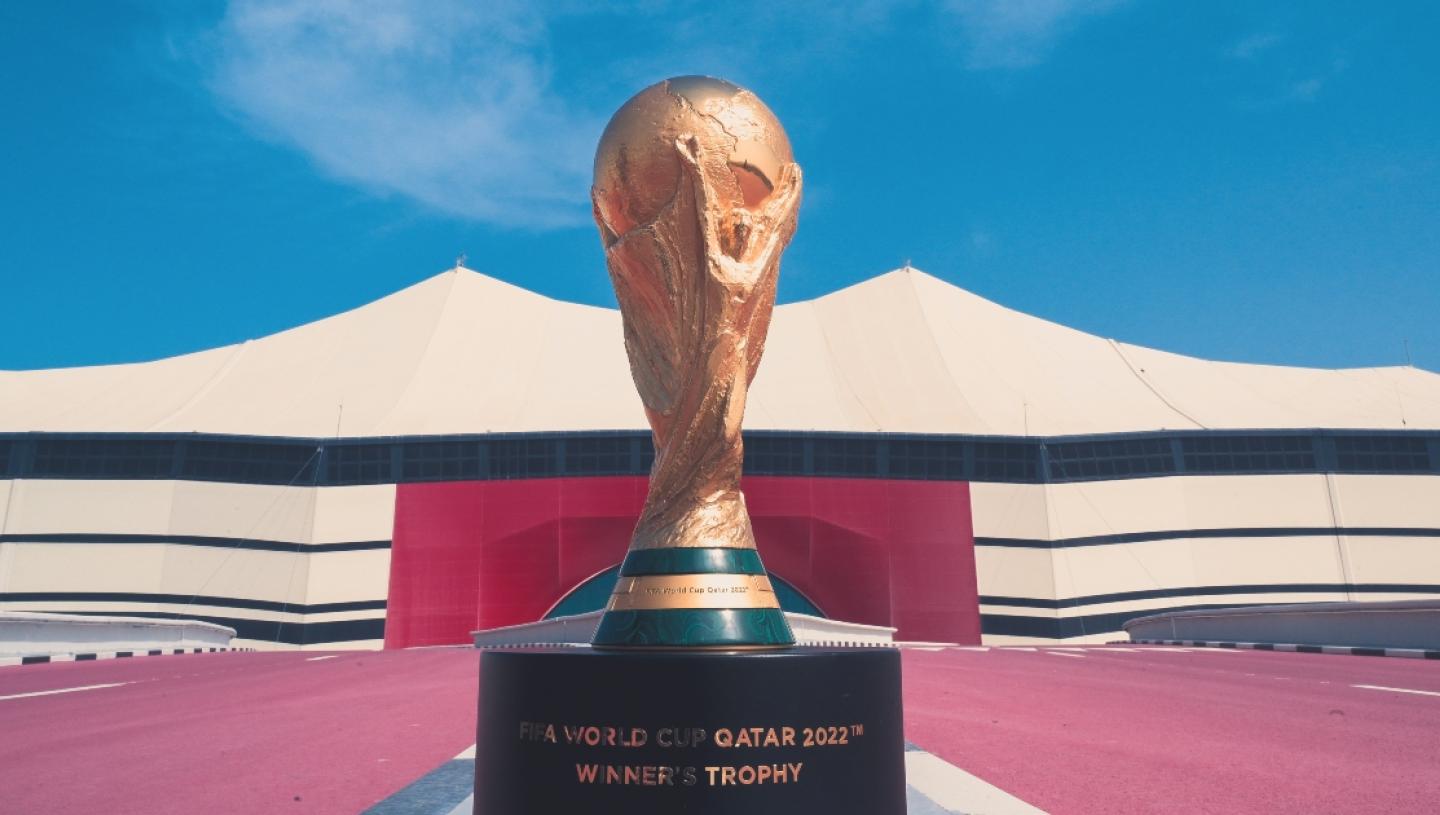 Reflecting on the song, Gims said: “For me, ‘Arhbo’ is a welcoming blessing. It literally means ‘welcome’, but it is more than that. It is a celebration that we – you and me, everybody – is here. Arhbo sets the stage, sets the mood, for one of the largest gatherings of the world, the FIFA World Cup – and whether they are here in person or here in spirit. They will be here! Welcome!”

Ozuna commented: “I think ‘Bienvenidos’, ‘welcome home’ says it all. Whatever journey everyone was on, it brought them here, to this moment, and for that moment they are home. They say that ‘home is where the heart is’, right? El hogar está donde está el corazón. For all the people who are coming, and all the people who, with all their hearts, want to come, we are saying, ‘bienvenidos’, welcome home!”

As the tournament’s big kick-off closes in, further releases featuring musical talents from across the globe will be added to the eclectic soundtrack, which is part of the game-changing FIFA Sound strategy launched last year.

Arhbo, which was produced by RedOne and recorded at Katara Studios in Doha, will be available to download on all digital streaming services on Friday 26 August. You can check out the single’s official video on FIFA’s YouTube channel here.