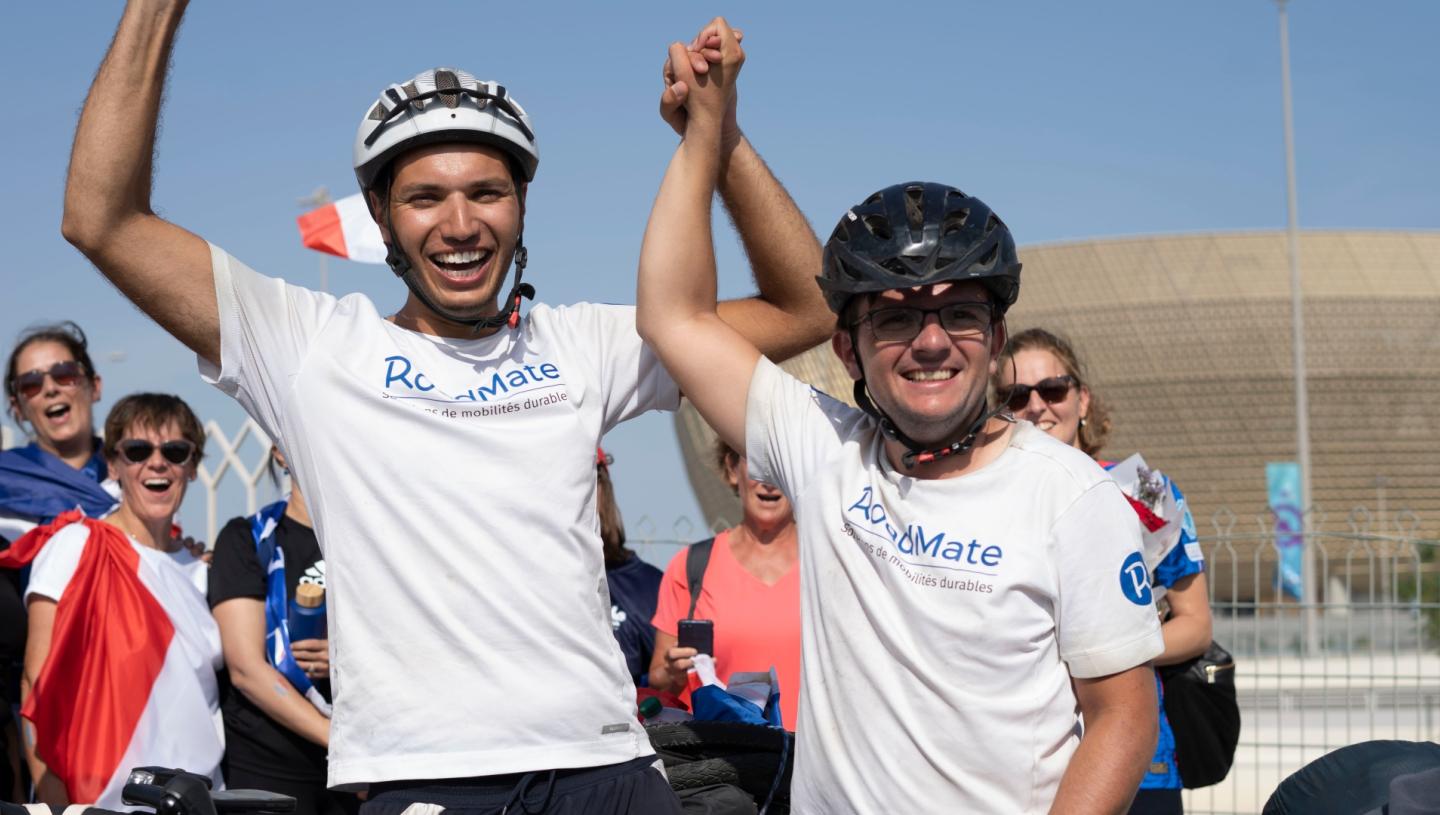 Frenchmen Gabriel Martin and Mehdi Balamissa arrived in Qatar for the FIFA World Cup™ after a ‘life-changing’ 7,000km cycle ride from Paris to Doha.

It took the duo three months to ride from the Stade de France to Lusail Stadium – where they hope France will retain the World Cup on 18 December.

Speaking on their arrival in Lusail just days before the tournament, Martin said: “It’s amazing to be here outside Lusail Stadium, where we hope France will win the World Cup for the third time – after claiming their first title at the Stade de France in 1998. It’s been a life-changing journey that took us to some amazing places like Istanbul, Petra and Jerusalem.”

Martin, a content producer, said: “It was not an easy journey. We faced many mechanical issues with our bicycles and had to battle injury and fatigue – but those hardships made completing the journey even more special.”

The pair came up with the idea to ride to Doha after travelling from France to Italy for a UEFA Nations League match last year. Encouraged by their experience, the duo made it their goal to ride all the way to Qatar for the first FIFA World Cup in the Middle East and Arab world.

Documentary filmmaker Balamissa said: “We love football – and we also love riding our bicycles. We know they offer a great way to travel because you can cover great distances and take your time to enjoy your surroundings. It was a long trip – but thanks to the strength of our legs, we created memories that will last a lifetime.” 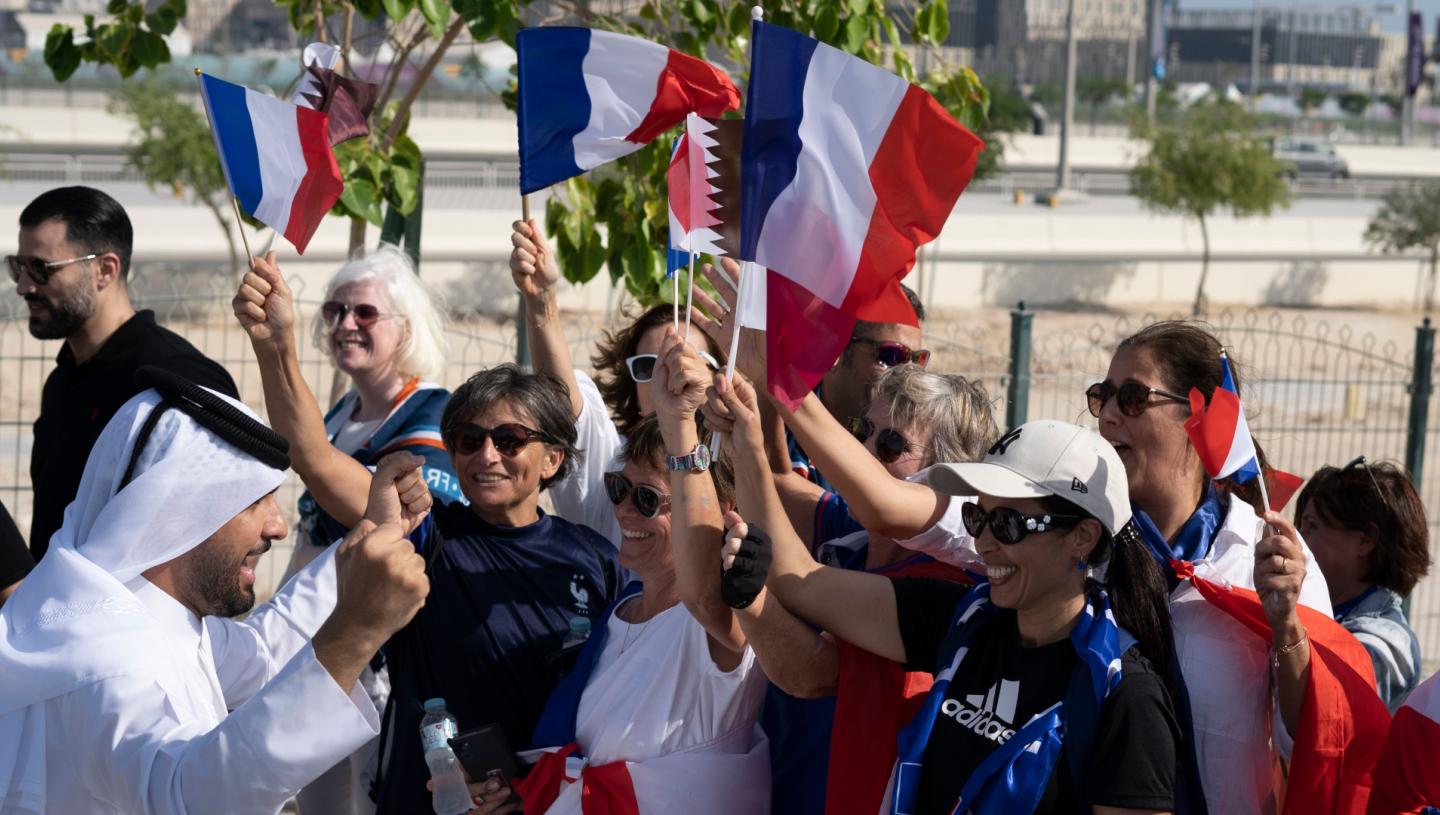 Riding over mountains in Turkey and across the Arabian desert were particularly memorable, said Balamissa.

“We were pedalling for four weeks in the desert and it was completely fascinating. Just listening to myself describe the journey sounds unbelievable – but the welcome and hospitality we experienced along the way made it worthwhile. It has been mind-blowing.”

Martin and Balamissa are the latest intrepid adventurers to complete extreme journeys to Qatar for the World Cup. Saudi adventurer Abdullah Al Salmi walked 1,600km from Jeddah to Doha in 55 days while Argentinean quartet – Lucas Ledezma, Leandro Pighi, Silvio Gatti and Matias Vercesi – cycled to Qatar from South Africa, a journey of 10,000km in 177 days.

“Even though we knew Doha and the World Cup were our final destination, we refused to get excited until we crossed the border,” said Balamissa. “We knew the journey would be difficult – but this amazing reception is very emotional for us.”

France got their World Cup campaign off to the perfect start with a 4-1 win against Australia at Al Janoub Stadium. They will play their second Group D fixture against Denmark today at Stadium 974, followed by a match against Tunisia on 30 November at Education City Stadium. 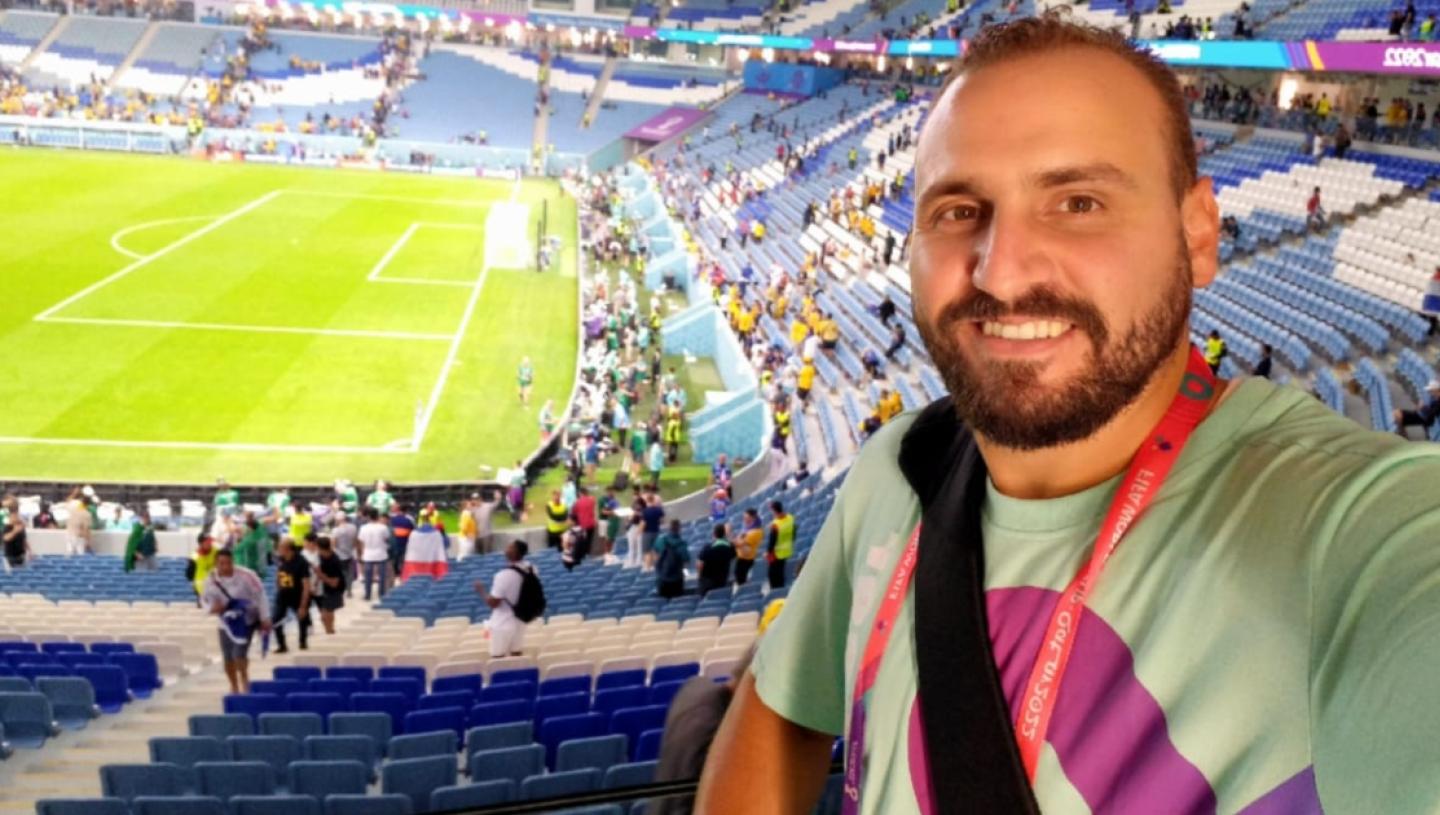 #Qatar2022
‘It's pretty amazing what a football tournament can achieve’ 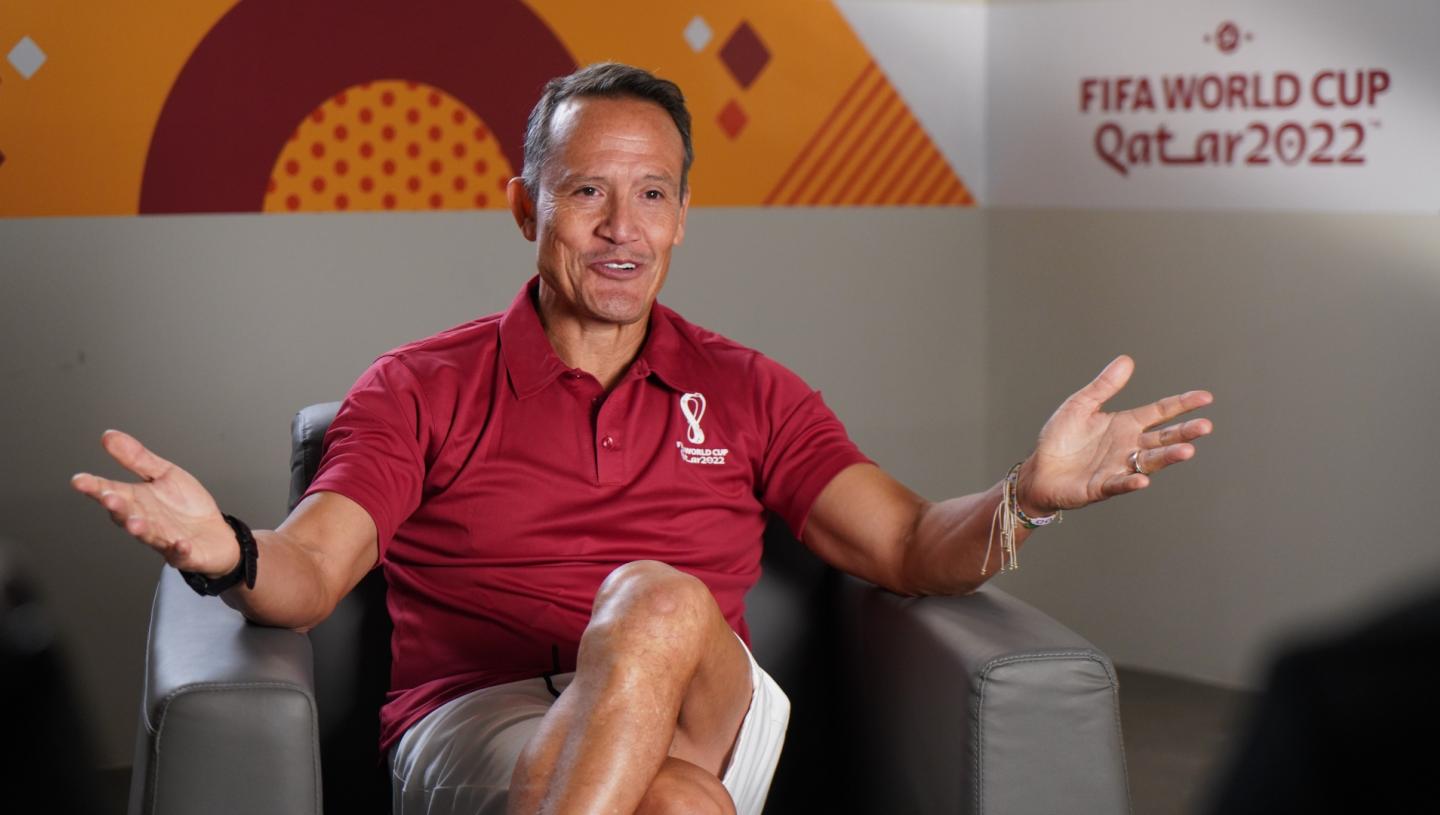 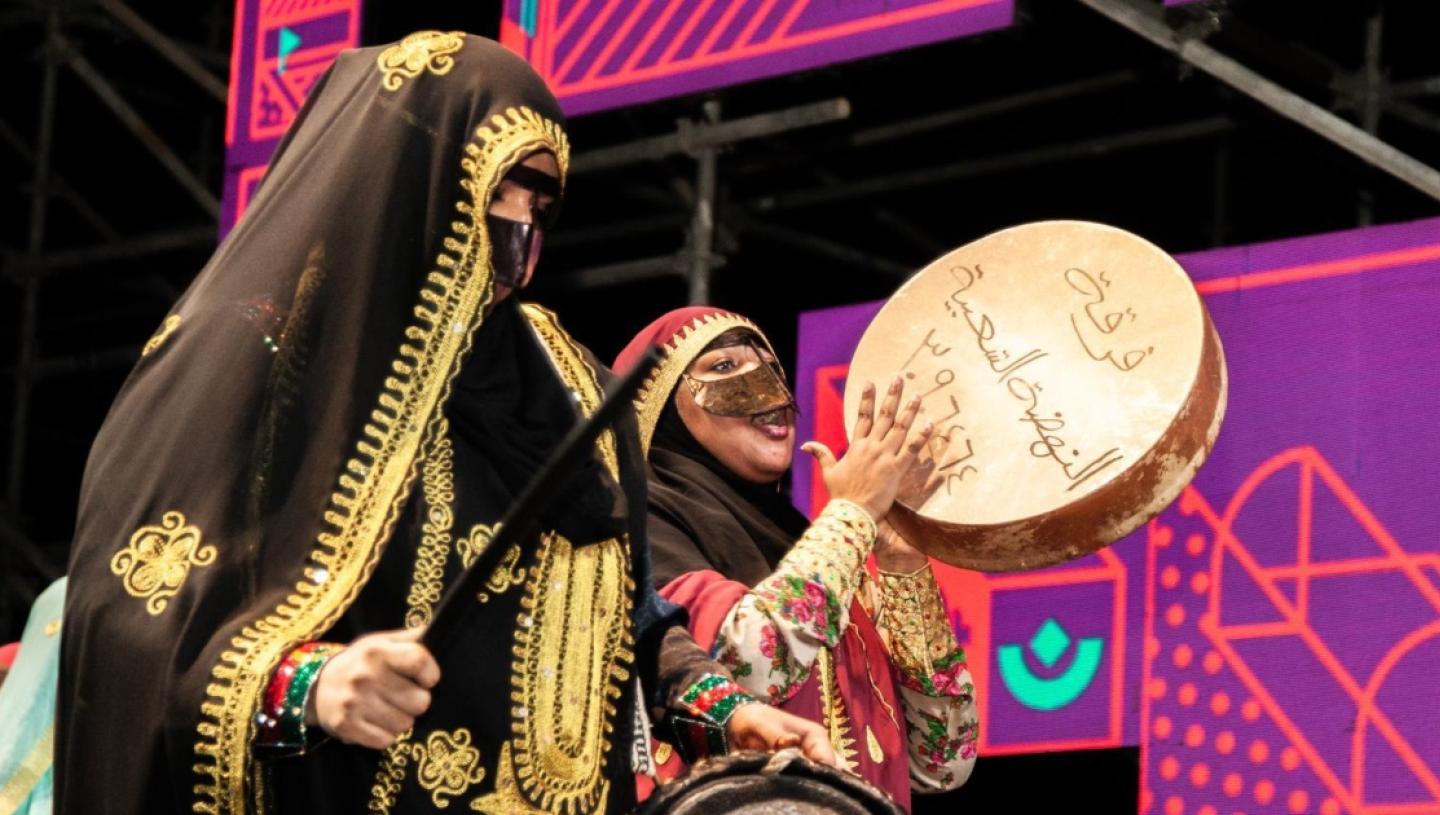 #Qatar2022
‘Qatar is compact – but massive with its actions and abilities’ 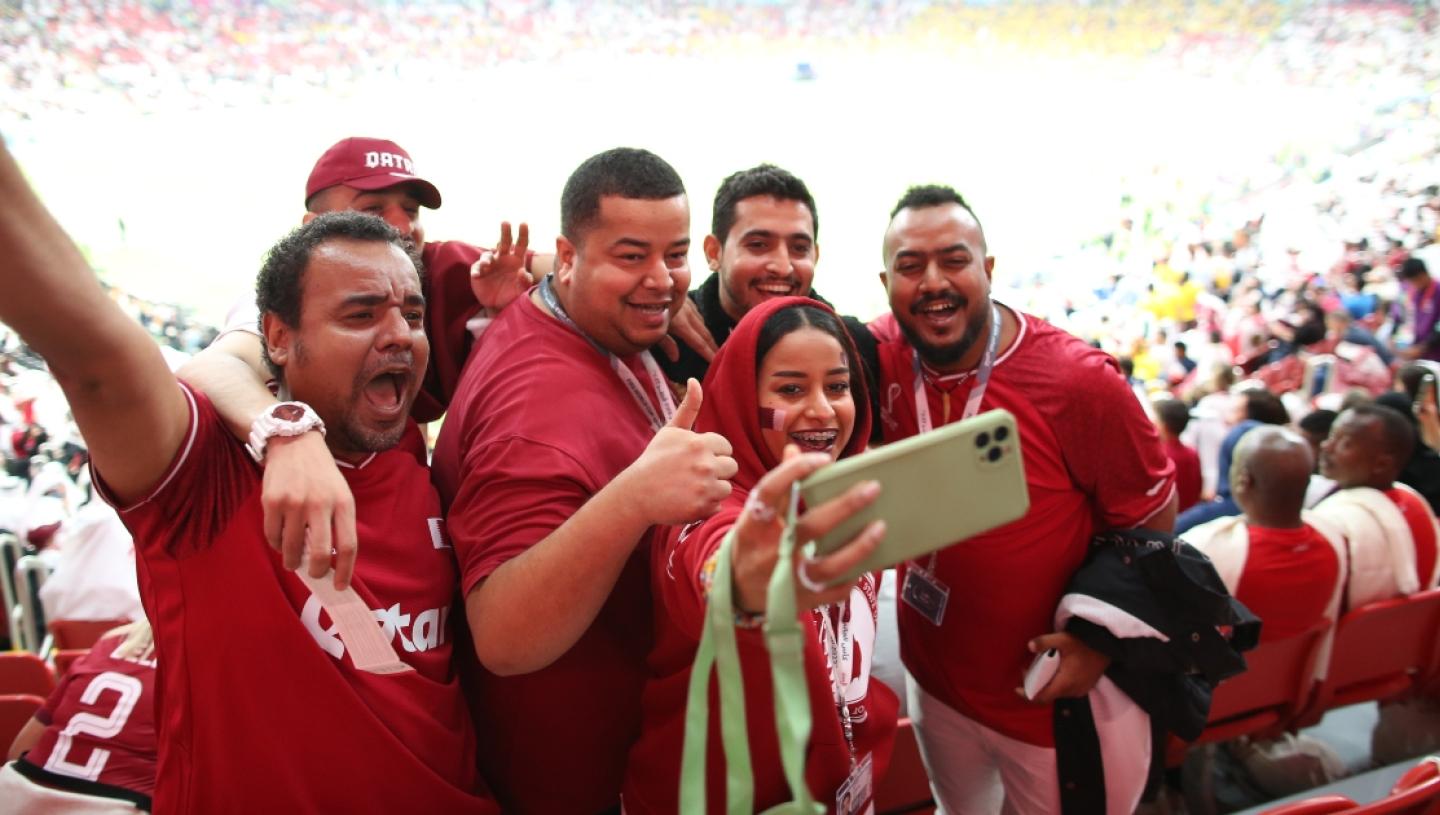 #Qatar2022
Afnan Afif: ‘The entire country is celebrating – everyone has caught football fever’