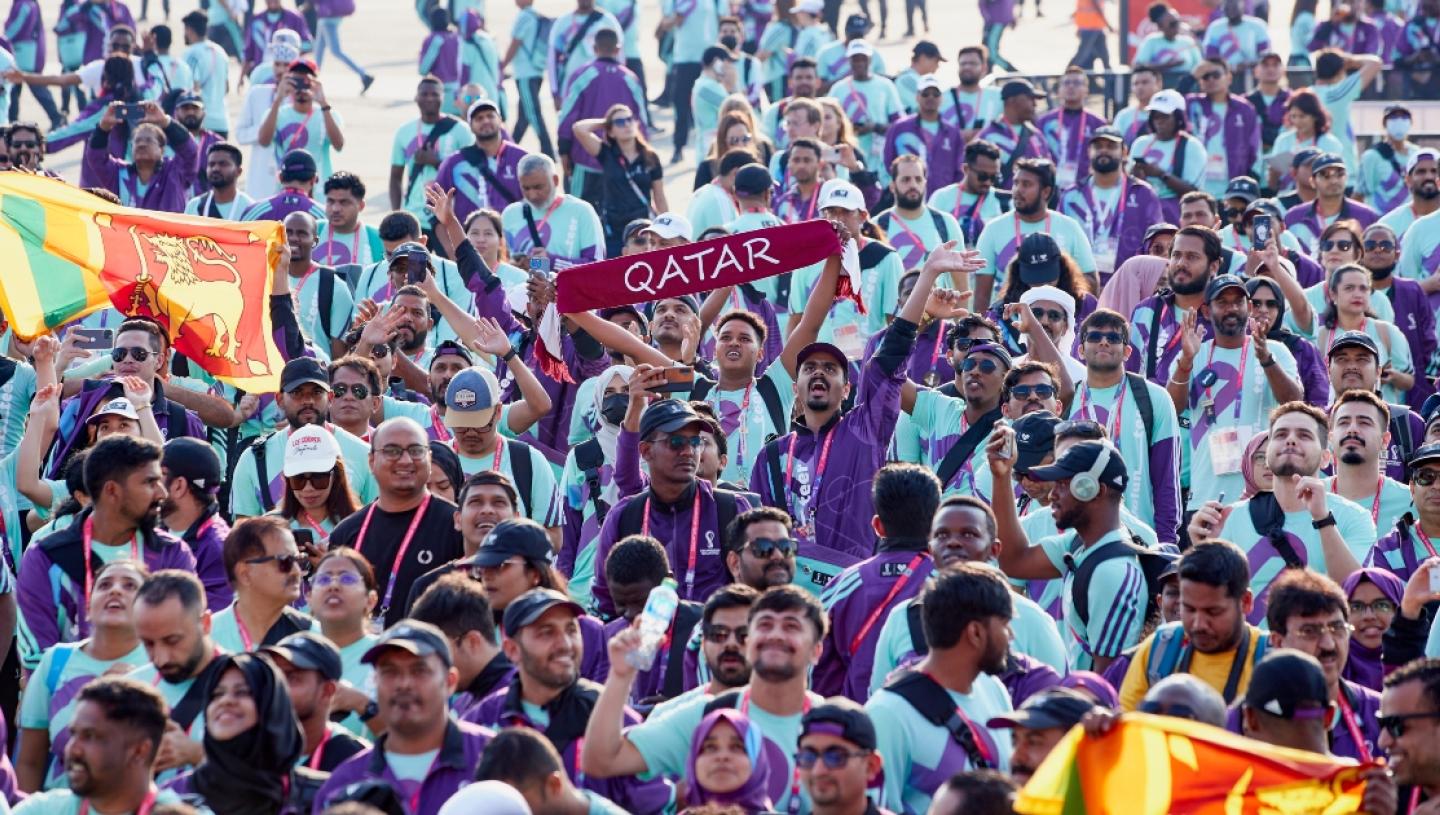 Qatar’s historic and exceptional FIFA World Cup™ owed much of its success to one of the tournament’s biggest teams: our volunteers.

Made up of more than 150 nationalities, 20,000 volunteers supported the delivery of the event across 25 locations, including eight state-of-the-art stadiums, hotels, airports, the Doha Corniche, FIFA Fan Festival™ and more.

Tasked with supporting a variety of functional areas, including ticketing, spectator services, protocol and media, volunteers also helped to build the party atmosphere on match days.

“Our volunteers were the heart of the tournament. Without them, none of this would have been possible. Their energy and unwavering enthusiasm captured the exciting and family-friendly atmosphere we wanted to showcase. It gives us great pride and honour to have achieved this historic milestone with them here in Qatar, and the country will be forever grateful for their contributions,” said H.E. Hassan Al Thawadi, Secretary General, Supreme Committee for Delivery & Legacy, and Chairman, FIFA World Cup Qatar 2022 LLC.

The volunteers supported the delivery of a tournament described as the ‘best ever’ by FIFA President, Gianni Infantino. Qatar welcomed 1.4 million visitors during the 29-day event and sold more than 3.4 million tickets. Fans enjoyed the compact nature of the event with many thousands attending more than one match a day in the early stages. Qatar 2022 also featured exciting action on the pitch and the most goals – 172 – in finals history.

Qatari Habeeb Khalfan, who worked as an engagement volunteer at Al Bayt Stadium, said: “I remember during the opening ceremony, I had mixed feelings. I was nervous and anxious but when the opening ceremony started, I immediately felt proud and emotional.

“It meant a lot for me to be a part of this event as a Qatari. The skills we have learned and friendships we have made are sure to last a lifetime.”

The Qatar 2022 Volunteer Programme received a record number of applications, with more than 500,000 from 209 nationalities. More than 58,000 candidates were interviewed during the onboarding process, with successful applicants undergoing a series of training modules.

Brazilian Braulio Marques, one of 3,000 international volunteers, said: “My previous volunteer experience at a World Cup was in 2014, in Brazil. Because I was home and in one location, I wasn’t fully immersed in the World Cup atmosphere. Qatar 2022 was a unique experience in terms of living it all for the entire tournament duration.”

“I enjoyed daily contact with multiple people from different cultures and the World Cup atmosphere 24/7. It was unforgettable,” added Braulio, who was a competition management volunteer at Lusail Stadium.

Stadium 974 volunteer Akzhenis Abdullina, from Kazakhstan, said: “I miss Qatar already, I will carry this experience in my heart forever.”