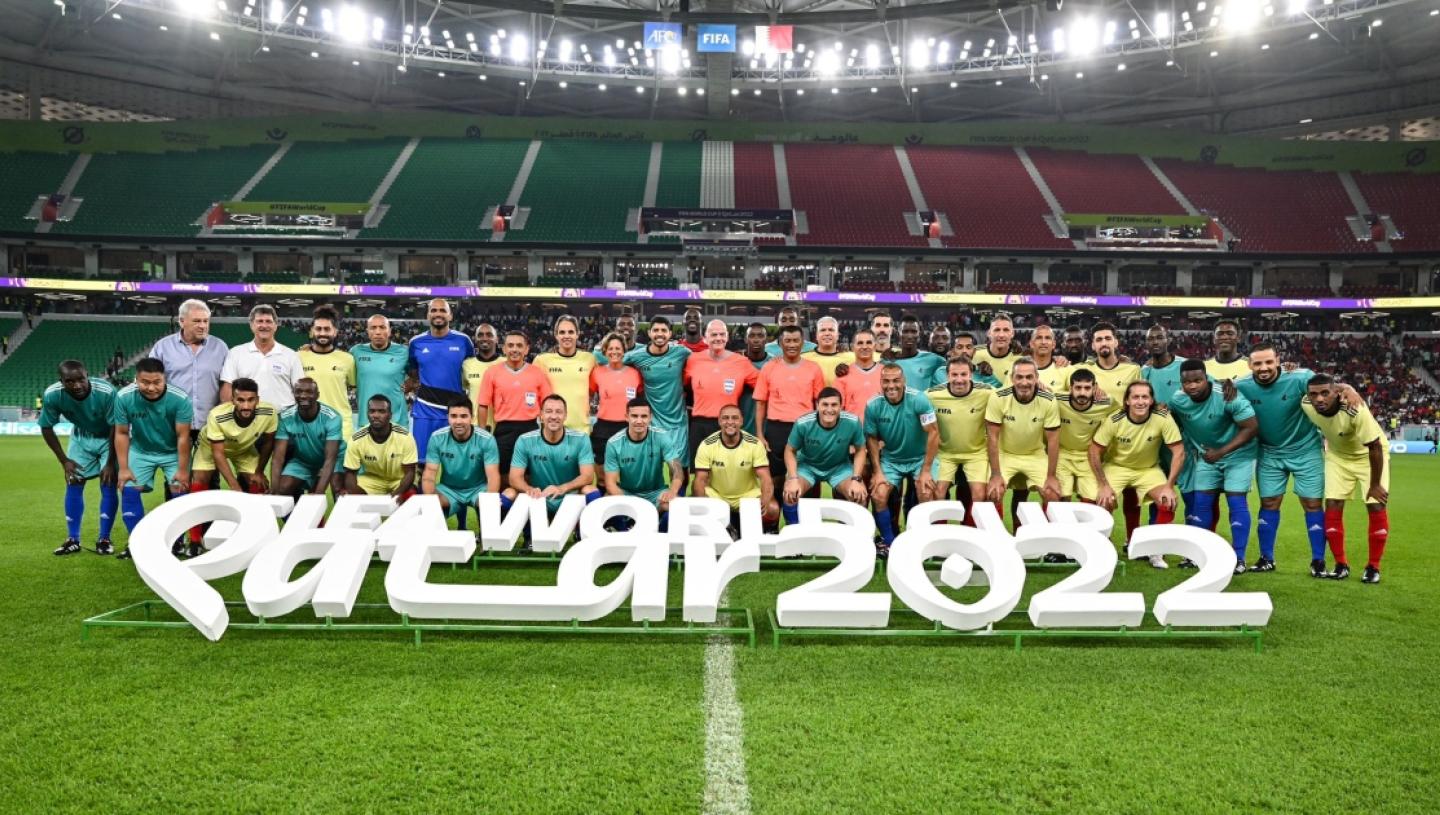 In front of more than 5,400 friends and colleagues, workers integral to the delivery of the FIFA World Cup Qatar 2022™ were given a once-in-a-lifetime opportunity to share the field with some iconic names in global football as they competed with FIFA Legends at Al Thumama Stadium in Doha.

In a specially arranged game, 24 workers who helped deliver key FIFA World Cup™ projects overseen by the Supreme Committee for Delivery & Legacy (SC), joined some of the most decorated players in the history of the game. The event was supported by the Qatar 2022 legacy programme, Generation Amazing Foundation, which per its mission to champion inclusivity and equal opportunities for all through football, provided the kits for the match.

The workers had been part of projects related to the eight state-of-the-art stadiums and 42 training sites and were selected based on their passion for football, their involvement in community football programmes and their past participation in the Workers’ Cup – an annual tournament organised by the SC and Qatar Football Association.

Former England captain, and two-time FIFA World Cup™ player John Terry, praised the initiative. “It’s a great idea from FIFA to give back to some of the workers who have put so much hard work into the fantastic stadiums,” said Terry. “To open the stadium up to other fans to come and see [it] free of charge, as well. It’s fantastic. It’s just great for them to come and play with us, but also for us to meet them personally, and experience the pitch. As ex-players, it’s always nice.”

One of the participants lining up against the FIFA Legends, Justice Boye Odoi, from Ghana, said it was an unforgettable experience.

“It was amazing,” he said. “I really enjoyed everything. It was like a dream come true to see some of these guys. They are legends. The emotions were amazing, I enjoyed every bit of it. I was excited to see Del Piero, especially, and Clarence Seedorf. They are amazing players.

“I went one-on-one with Materazzi. That was one of the exciting moments for me. I’ve always dreamed of playing with these guys or seeing them, so it was an amazing experience,” he added.

Click here to find out more about the SC’s commitment to workers’ welfare.