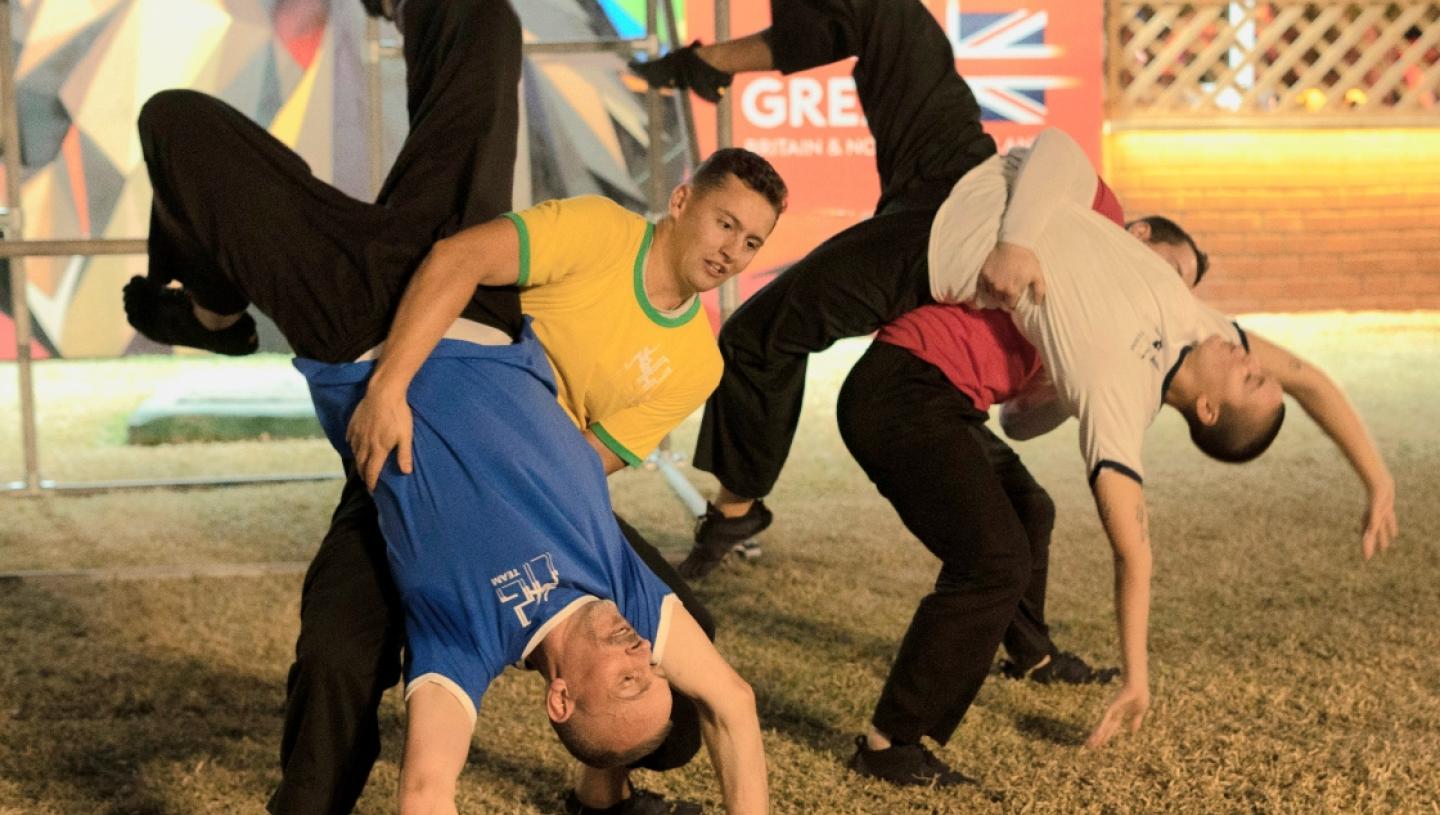 The Cultural & Entertainment Experience Programme organised by the Supreme Committee for Delivery & Legacy is wowing football fans from across the globe during the FIFA World Cup Qatar 2022™.

One of more than 600 acts entertaining the crowds is the award-winning Prodigal UPG, which stages parkour performances – a unique blend of free running and dancing.

We spoke to Prodigal UPG manager and performer Alister O’Loughlin to find out more about the group and their experiences during Qatar 2022.

Tell us about the group and its history.

Miranda Henderson, our artistic director and choreographer, and I have worked together since we took over the management of Nightingale Theatre in Brighton, UK, back in 2002. A year later, we started working on parkour and established the Prodigal UPG in 2006, coining the phrase ‘performance parkour’ to describe the art.

Malik Diouf, the co-creator of parkour, happened to meet us when he filmed one of our original performances for his documentary and subsequently joined the team, which has been incredible. Although he’s very busy being a stunt performer and training new talent, he still works closely with us.

We have performed all over the world and teach the art globally, so it’s been quite a journey so far, with ambitious plans for the future. We would like to establish and build a positive future for the discipline and make it both accessible and sustainable.

How has your Qatar 2022 experience been so far?

It’s the largest sporting tournament on Earth and we can feel the World Cup vibes! The fans are out in force, everyone is in good spirits and the atmosphere is uplifting.

You see people from all over the world striking up conversations and friendships. We see people staying until the end of our performances – they want to have a chat, take selfies and learn more about our act. Even when we travel on the metro at the end of the night, people of all nationalities talk to us and we often see people return to watch our performances multiple times, which is a great compliment for us. As positive word-of-mouth spreads, we are seeing more people coming to watch us daily.

A sports tournament reinforces the important message that human beings from across the world have much in common. Our act is visual and silent and I think that adds to its universal appeal. We’re delighted it brings everyone together, while also highlighting key messages. For example, one of our pieces reflects the rise and prominence of women’s football.

We’ve noticed a natural spirit and friendliness of people here. It is pleasant, safe, jovial and respectful. Opposing fans are having sing-offs in the street and it is all done in good jest. The banter and camaraderie have been fun to see.

What are your overall impressions of Qatar?

We first performed here back in 2014 when we collaborated with the British Council. We were also fortunate to do performances in Kuwait and Oman at that time.

We found Qatar charming back in 2014 – but seeing it now, in 2022, and the scale at which it has developed, is mind-blowing. The skyline is almost unrecognisable, the metro is incredible and the overall infrastructure is very impressive.

During our first visit, we performed at Souq Waqif but this time we couldn’t quite work out where we had performed until we noticed a shoe shop. As we looked around, we realised just how much everything had evolved since our last visit.

Which team are you supporting during the World Cup?

Well, our team is always very united, however we do have a variety of answers to this question!

One person is supporting Ghana, while another cheers for Iran. We also have someone backing Saudi Arabia, and another supporting England. Then there’s a couple of us who always cheer for the underdogs.

You can catch Prodigal UPG’s performances next to the UK pavilion at the Museum of Islamic Art Park daily at 4:30 PM, 6 PM, 7 PM and 8 PM.