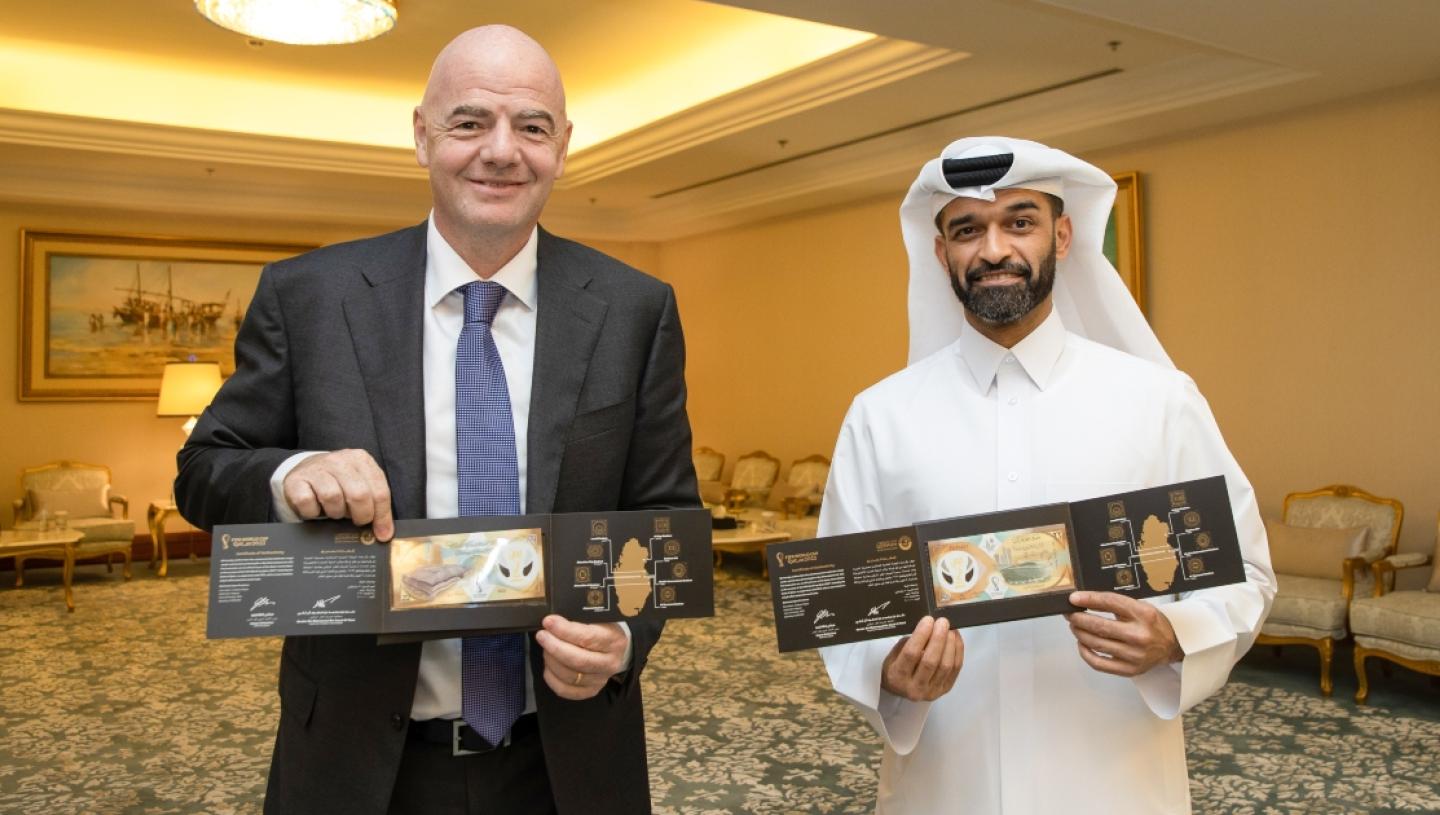 During his opening speech, Sheikh Bandar said the note celebrates Qatar’s hard work and dedication in hosting the first FIFA World Cup™ in the Middle East and Arab world.

The governor highlighted the strategic collaboration between QCB, the SC and FIFA to issue the distinguished and historical commemorative note, that bears the logo mark of this year’s FIFA World Cup™ and features Al Bayt Stadium and Lusail Stadium.

Sheikh Bandar presented the process for creating the note, which reflects Qatar’s cultural heritage and football history. It is the first commemorative note produced by QCB to be made from polymer. The presentation included a short film about Qatar and the contribution of QCB to the development of the country’s economy.

Sheikh Bandar also discussed the measures taken by QCB to develop banking and payment systems in Qatar in order to provide the best services for citizens, residents and visitors.

Sheikh Bandar thanked members of the SC and FIFA for the strategic partnership. He also thanked the QCB team behind this historic achievement. 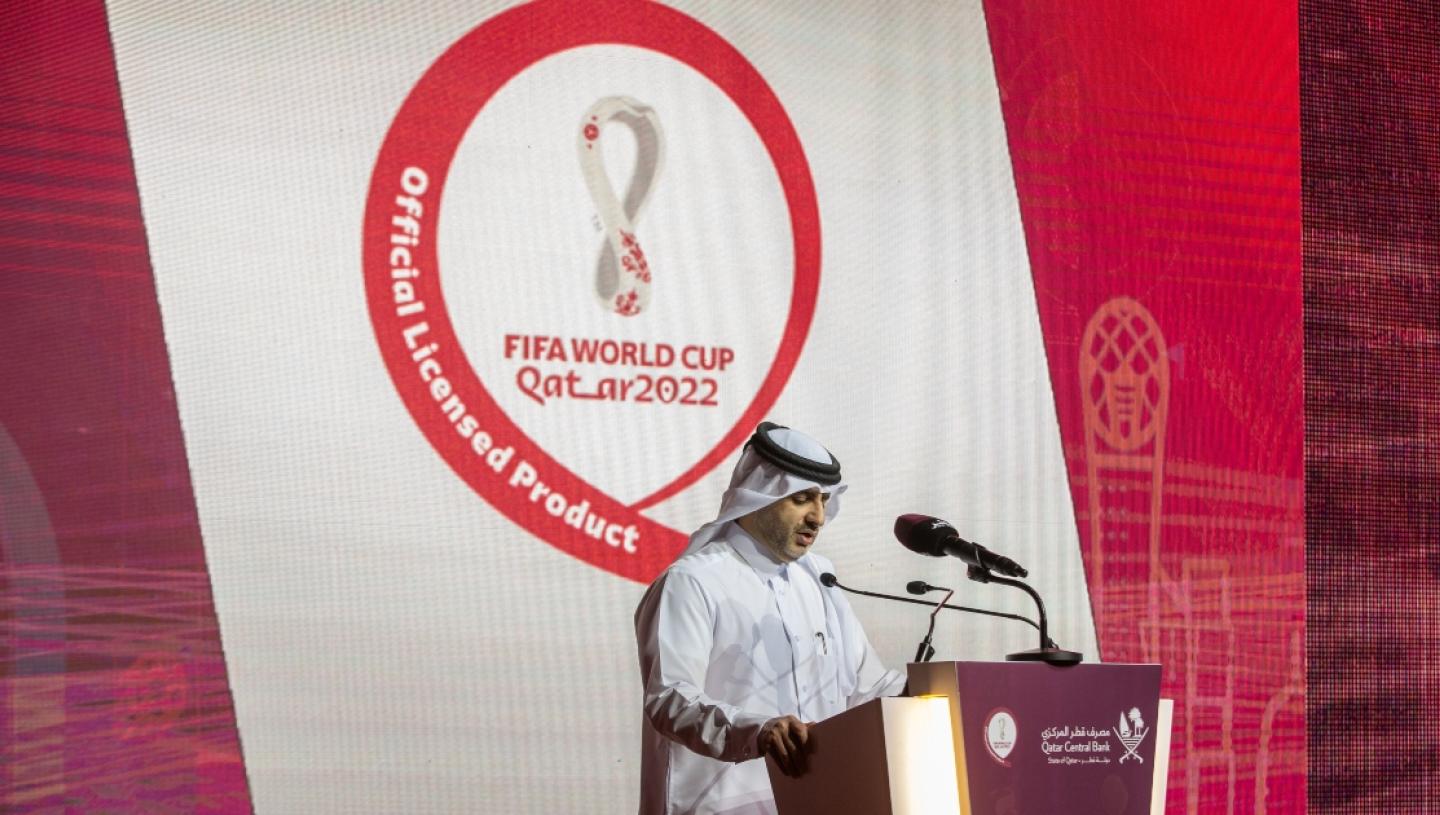