Innovation is boosting venues across the country all-year-round 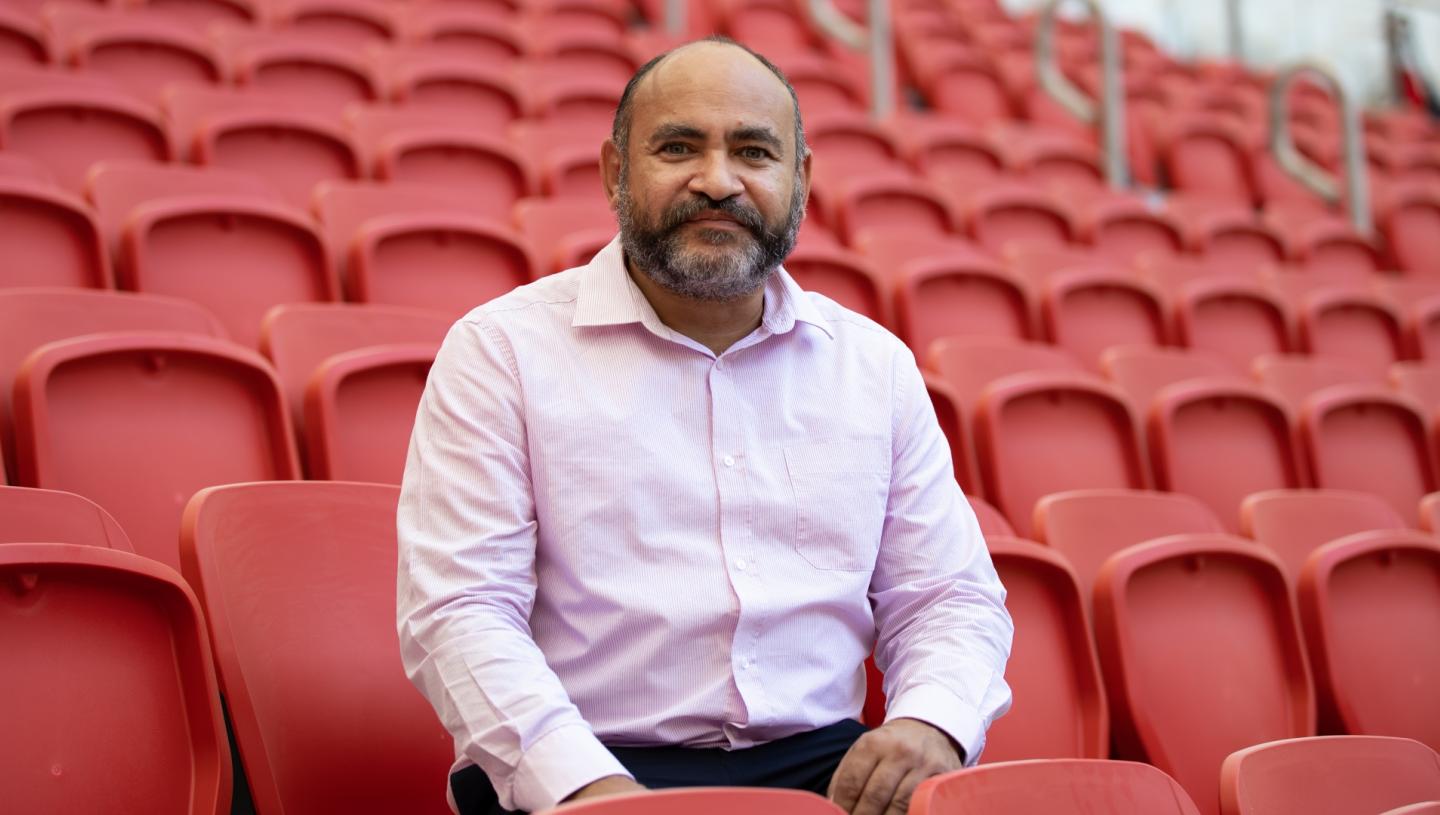 With innovation and sustainability at the heart of the FIFA World Cup Qatar 2022™ preparations, cooling technology is one of the tournament’s major success stories. The revolutionary system was first showcased during the inauguration of Khalifa International Stadium in 2017 and since then has been adapted to benefit six more tournament venues, as well as other facilities across the country.

With Qatar’s World Cup taking place in November and December, the pressure on cooling systems will be limited, with outside temperatures estimated to be 18-24°C. The technology will, however, allow sporting events to be held all-year-round, in addition to other activities, like shopping and farming.

Energy-efficient cooling systems were developed following Qatar’s successful bid for the World Cup, with the technology delivered by the Supreme Committee for Delivery & Legacy in collaboration with Qatar University (QU). Dr. Saud Abdulaziz Abdul Ghani, Professor of Engineering at QU, played a key role in the cooling journey, which started with his university studies decades earlier.

“My PhD study focused on air conditioning in a car and we applied the same theory to our World Cup stadiums – but obviously on a much bigger scale,” said Dr. Saud.

The technology is now fitted in seven of eight Qatar 2022 stadiums, with the only exception Stadium 974, which is fully-demountable and features natural ventilation. Each of the other venue’s cooling technology is different and made to fit its unique design and features. Using solar-powered energy, outside air is cooled and then distributed through grills in the stands and large pitch-side nozzles. The systems use insulation and spot cooling to make them as environmentally-friendly as possible.

“Spot cooling means we only cool the areas where people need it – like on the pitch and in the stands,” said Dr. Saud. “The form of each stadium acts as a barrier, which contains a cold bubble inside. Our air circulation technique cools the air, filters it and pushes it out towards the players and fans. Each stadium is cooled to a comfortable temperature of around 20 degrees, with spot cooling enhancing our commitment to sustainability and the environment.” 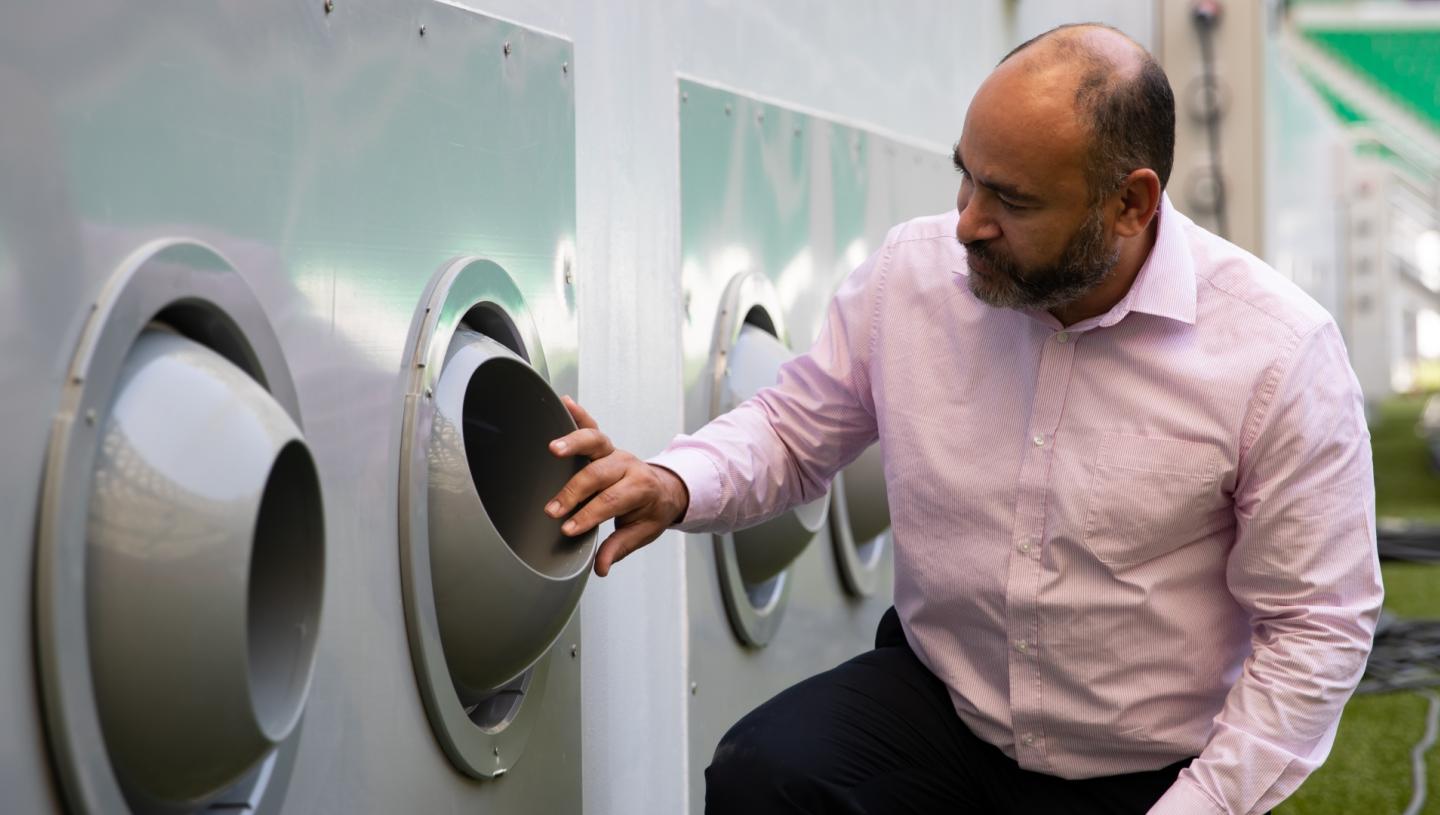 Another advantage of the technology is the fact it is unpatented – meaning businesses and countries can use it to develop similar systems.

“This technology is a potential game-changer for countries with hot climates. That is why I made sure that anyone can use it,” said Dr. Saud. “I am very proud that this technology, which originated here in Qatar, can be adapted by other countries and businesses. It is one of Qatar’s many gifts to the world, resulting from its hosting of the World Cup.”

Dr. Saud is also proud to have implemented similar cooling systems at other venues, including a shopping plaza at Katara and a farm in Al Khor which grows fruit and vegetables for local consumers.

“This technology has great potential for transforming outdoor spaces as we know them. We have implemented the same systems in farms and were able to develop energy-efficient methods to grow food during the hot summer months. It gives me absolute pride to see the technology benefit the food security industry in Qatar,” said Dr. Saud.

He continued: “One of Qatar’s World Cup promises was to spur technological innovation and we are already witnessing the legacy of cooling technology. My dream is to see this technology taken further and developed to benefit other communities across the globe.”