Sara Essam: The World Cup will change the way our region is perceived 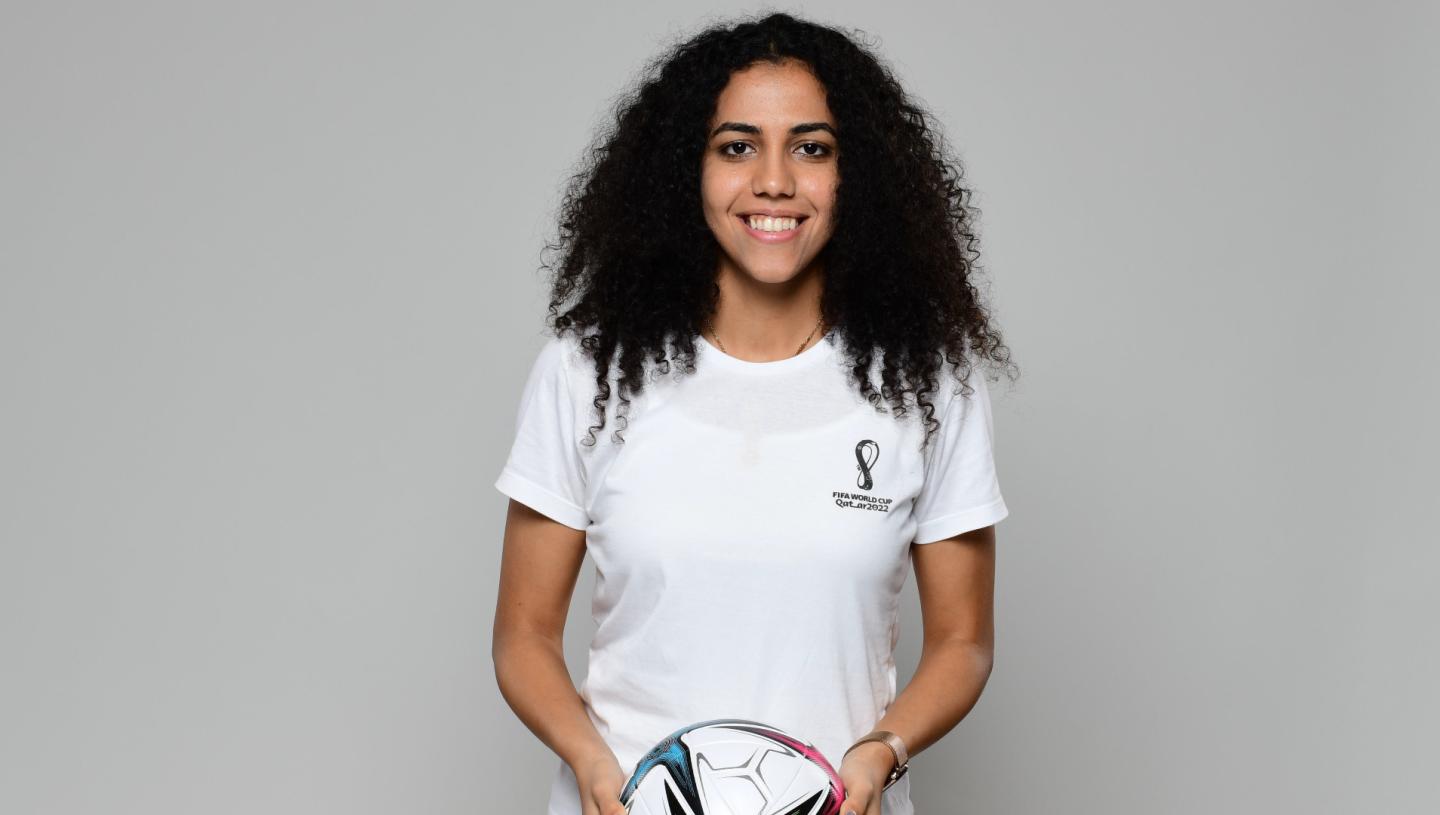 When Sara Essam joined English club Stoke City in 2017, she became the first Arab to play in the Women’s Super League. The trailblazing Egyptian finished her debut season as the side’s top scorer, setting in motion a career that now sees her playing in the Spanish top division with Fundación Albacete.

Off the pitch, Essam is a FIFA World Cup™ Ambassador and believes this year’s tournament in Qatar represents a watershed moment for the sport. The tournament will be held from 20 November to 18 December in eight state-of-the-art stadiums – and Essam believes it will significantly boost the entire region, in particular the growth of women’s sport.

“We can see there is increasing interest in all women’s sports across the Arab world. This is very important because it’s time to recognise there is no difference between male and female athletes – both are able to be talented and hard-working,” said Essam.

“I am certain that with the World Cup coming to the region for the first time, the world will start to discover the region is full of talent, and that girls in the Arab world play football as well.”

This year’s tournament, which will get underway when hosts Qatar face Ecuador at Al Bayt Stadium, is seen as an historic event that will showcase the region’s talent – both on the pitch and in terms of the Arab world’s ability to host mega sporting events.

“I remember when Qatar won the right to host the World Cup. As Egyptians, we were all thrilled because we knew the enormity of the decision to grant an Arab country the right to host the tournament for the first time. I particularly recall how all my friends and family were so excited to welcome everyone to this part of the world,” said Essam.

With the longest distance between stadiums just 75km, Qatar 2022 will be the most compact World Cup in modern history. Tournament venues, training sites, fan zones and accommodation will be connected by a modern transportation network, including an expansive road system, the Doha Metro and bus services. Fans and players will always be in the thick of the action.

“This tournament presents us with a huge opportunity to highlight our talents in the region,” said Essam. “This goes beyond football. The World Cup will enable us to show this region in the light it deserves. It will show the world we have made great developments and can boast world-class infrastructure.”

Essam continued: “Qatar 2022 will present us with a unique opportunity to invite the world into our homes. Football is a sport that unites everyone, regardless of their religious or political beliefs. It’s a sport we all love.”

Essam believes the legacy of the tournament will be felt long after the final whistle at Lusail Stadium on 18 December. Having represented Arab women footballers across the world, she knows first-hand the importance of using sport as a tool to break down stereotypes.

“The tournament will change the way the Arab world is perceived. More people will want to visit the region after the World Cup. Anyone that has preconceived biases or fears about visiting the region will witness a remarkable display and a true celebration during the World Cup. This will undoubtedly encourage them to visit Qatar and a number of countries throughout the region.”