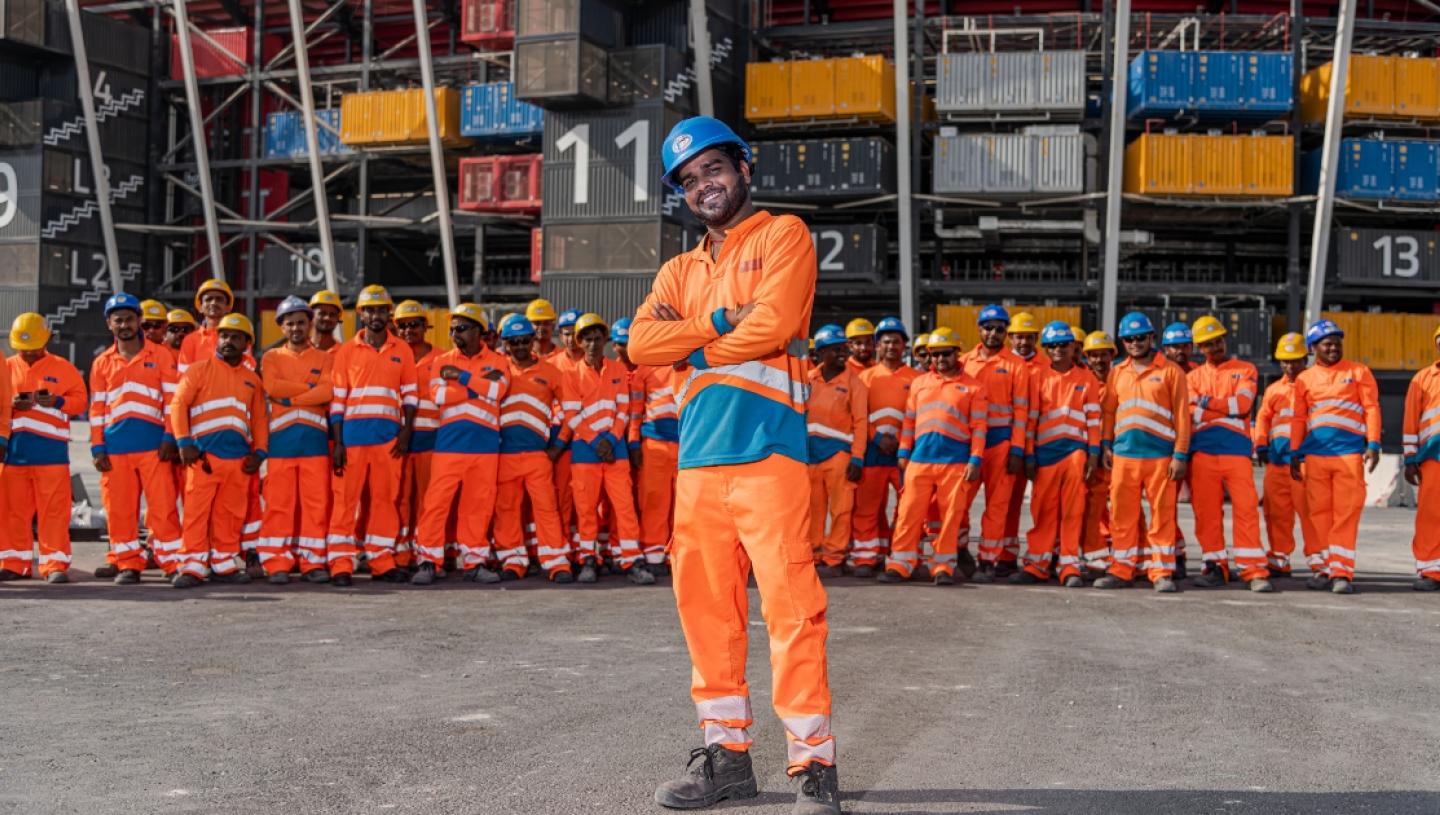 As fans celebrated and cheered for their favourite players on the pitch during the FIFA World Cup Qatar 2022™, the Supreme Committee for Delivery & Legacy (SC) honoured and protected heroes off the pitch – hundreds of thousands of workers – all of whom played an instrumental role in the delivery and success of the tournament.

The cornerstone of these efforts were Workers’ Welfare Standards (WWS), developed by the SC to ensure the health, safety and wellbeing of workers. The SC continued to steer the implementation of the WWS to the wider tournament-centric sectors, to protect around 200,000 workers.

A sector of particular significance was hospitality, with an estimate of 40,000 workforce involved throughout the duration of the tournament. Engagement with this sector began in 2019, and by 2022, a robust audits and inspections regime covered 156 hotel operators to ensure effective implementation of the WWS in their operations. The SC’s strong focus on knowledge transfer and capacity building resulted in notable improvements in areas of supply chain management, workers’ accommodation and access to remedy, as well as other employment practices.

Following the success of the SC’s Workers’ Welfare Forums in the construction sector, these forums were extended to 70 hotels, in continued efforts to give workers a voice. These forums have empowered workers to share grievances through elected representatives, without fear of retaliation.

Workers’ health and safety remained a top priority throughout 2022. More than 43,700 comprehensive medical screenings were conducted to date, to ensure early detection and treatment of underlying medical conditions among workers, supported by electronic medical records – a first-of-its-kind system on a major construction project.

The SC also focused on enhancing the bespoke StayQool cooling suits for workers, which were specifically designed to combat heat stress. By 2022, over 52,000 suits were deployed, in addition to 5,000 vests to security guards and 13,000 balaclavas to workers exposed to dust or sun. The StayQool suits were piloted in non-construction sectors to explore its wider use for outdoor professions.

The SC’s continued progress in building the workers’ welfare legacy took centre stage at various high-profile events that were held during the year, including the panel discussions at the Concordia Annual Summit, World Innovation Summit for Health (WISH) 2022 and the UN General Assembly’s International Migration Review Forum, as well as webinars conducted by the Centre for Sport and Human Rights (CSHR) that focused on human rights and best practices in the hospitality and security sectors.

In preparation for the FIFA World Cup™, 2022 was also particularly marked by the implementation of a rigorous pre-tournament due diligence exercise that included audits and inspections of 358 contractors on-boarded for the delivery of various services. This was critical in ensuring that the tournament supply chain was in compliance with the WWS and the Qatar Labour Law, so that tournament-time workers were protected.

Test events held during the year, such as the FIFA World Cup™ Intercontinental Play-offs, the Lusail Super Cup™ and the Bollywood Music Festival, helped to inform and augment the workers’ welfare approach for the FIFA World Cup 2022™ and to cement tournament-readiness.

As the FIFA World Cup™ kicked off, WWD’s team of inspectors met and interviewed more than 8,000 workers across stadiums, training sites and non-competition venues over the course of the tournament, to ensure that workers’ rights were protected. Where issues were identified, follow-ups with contractors and government authorities were conducted to ensure that appropriate actions were taken.

In recognition of the essential role of workers in the delivery of the tournament, various outreach activities were organised to honour workers and to celebrate the shared passion for football. This included the Team 360 Community Event that provided workers with a once-in-a-lifetime experience to meet and interact with players and coaches from the USA, England, the Netherlands and Argentina. A special FIFA Legends match was also organised, where workers were invited to share the field with some iconic names in global football.

The FIFA World Cup Qatar 2022™ was testament to how the SC catalysed the transformative power of sports to deliver lasting social change. This was the first FIFA World Cup™ to have a dedicated workers’ welfare and labour rights team to protect workers’ rights. This was an unprecedented achievement on a FIFA World Cup™ programme, which has never before seen such emphasis being placed on human rights.

While the tournament has concluded, the SC’s focus on workers’ welfare continues uninterrupted. Its commitment to collaboration and knowledge transfer will ensure that the pioneering work undertaken over the past decade continues to inform and strengthen Qatar’s labour reforms to protect migrant workers.