The stars of the forthcoming FIFA World Cup™ have begun to arrive in Qatar ahead of the first-ever edition of the tournament to be staged in the Middle East and Arab world.

Among the first players to touchdown in Doha were representatives from the United States of America, with several members of Gregg Berhalter’s Group B aspirants arriving at Hamad International Airport on Thursday evening.

Like several national team managers, Berhalter announced his squad for the forthcoming FIFA World Cup this week, naming 26 players on his roster to challenge England, Wales, and Iran throughout the group phase.

Jesus Ferreira, Sean Johnson, Aaron Long, Jordan Morris, Walker Zimmerman, Kellyn Acosta, DeAndre Yedlin, Cristian Roldan and Shaq Moore were among the first batch of FIFA World Cup stars to set foot in Qatar, and they will be joined by hundreds more over the coming days, as the 32 participating nations get set to pursue world football’s greatest prize.

“We believe we have a talented group, a strong team spirit, and one that is ready to compete. We are extremely proud and honoured to represent the United States and appreciate all the amazing support from our fans in Qatar,” he said. 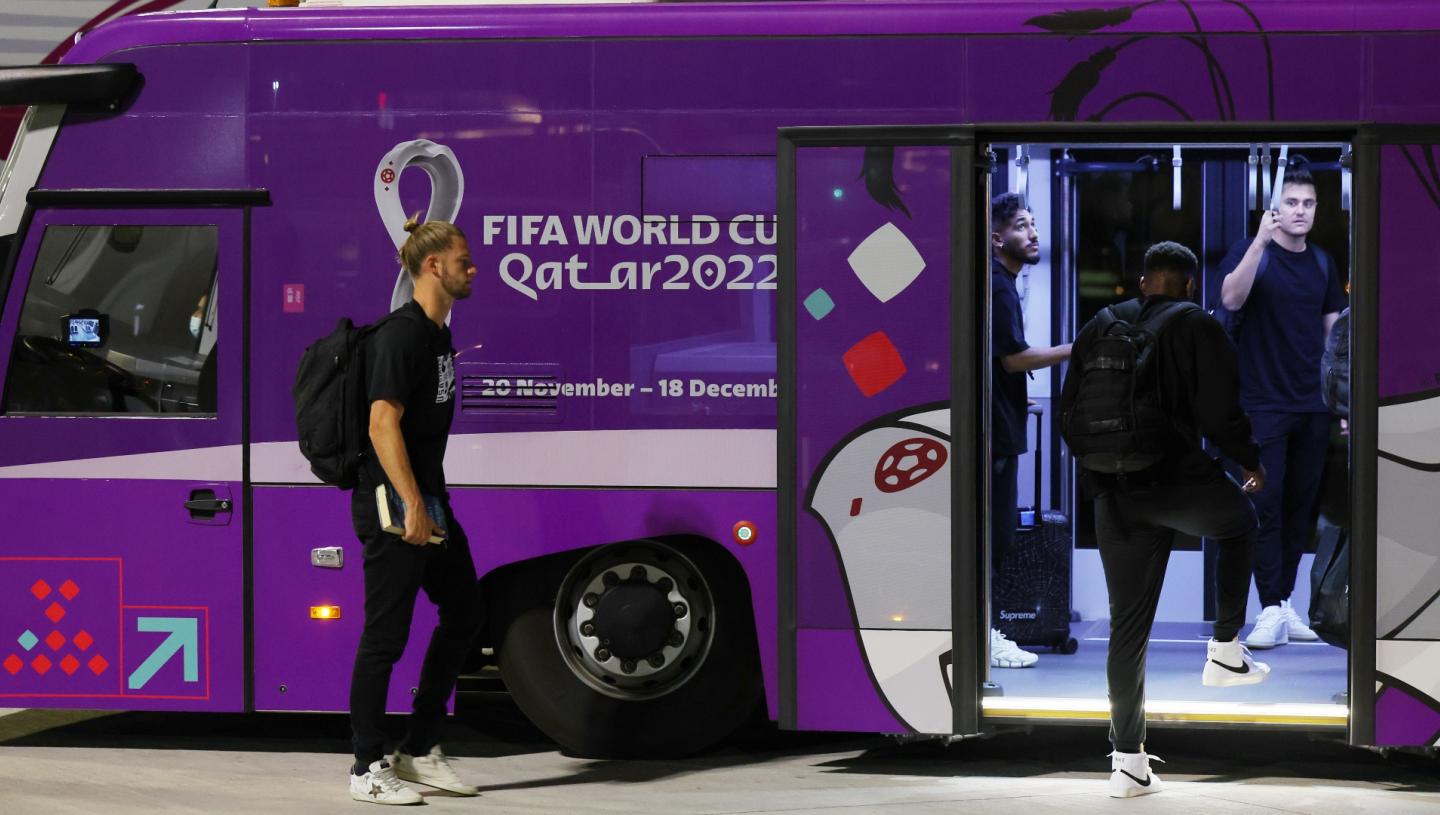 Berhalter and the USA can expect rousing support in Doha. Behind Qatar, residents from the USA have purchased the most tickets for the tournament.

FIFA President Gianni Infantino said the football world had been thrilled over the past week, watching on as coaches revealed their squads to contest world football’s biggest event.

“Seeing players touch down in Doha, the coaches announcing their squads, and the players reacting with such natural and unbridled emotions, as they discovered that they will have the chance to shine at the greatest show on Earth has excited the football world,” Infantino said.

“Like many around the world, I have experienced joy watching players edge closer to fulfilling their dreams. Their reactions and excitement reminds us what the FIFA World Cup represents to billions of people and how football unites the world.”

H.E. Hassan Al Thawadi, Secretary General, Supreme Committee for Delivery & Legacy and Chairman, FIFA World Cup 2022™ LLC, added: “We are excited to welcome the first players, coaches and staff to Doha for the FIFA World Cup Qatar 2022. We look forward to the players and fans enjoying everything Qatar has to offer during the first FIFA World Cup in the Middle East and Arab world.”

“We also look forward to welcoming the remaining teams who will be arriving in Qatar in the coming days, as well as their many supporters, for what will be a vibrant celebration of the beautiful game.”