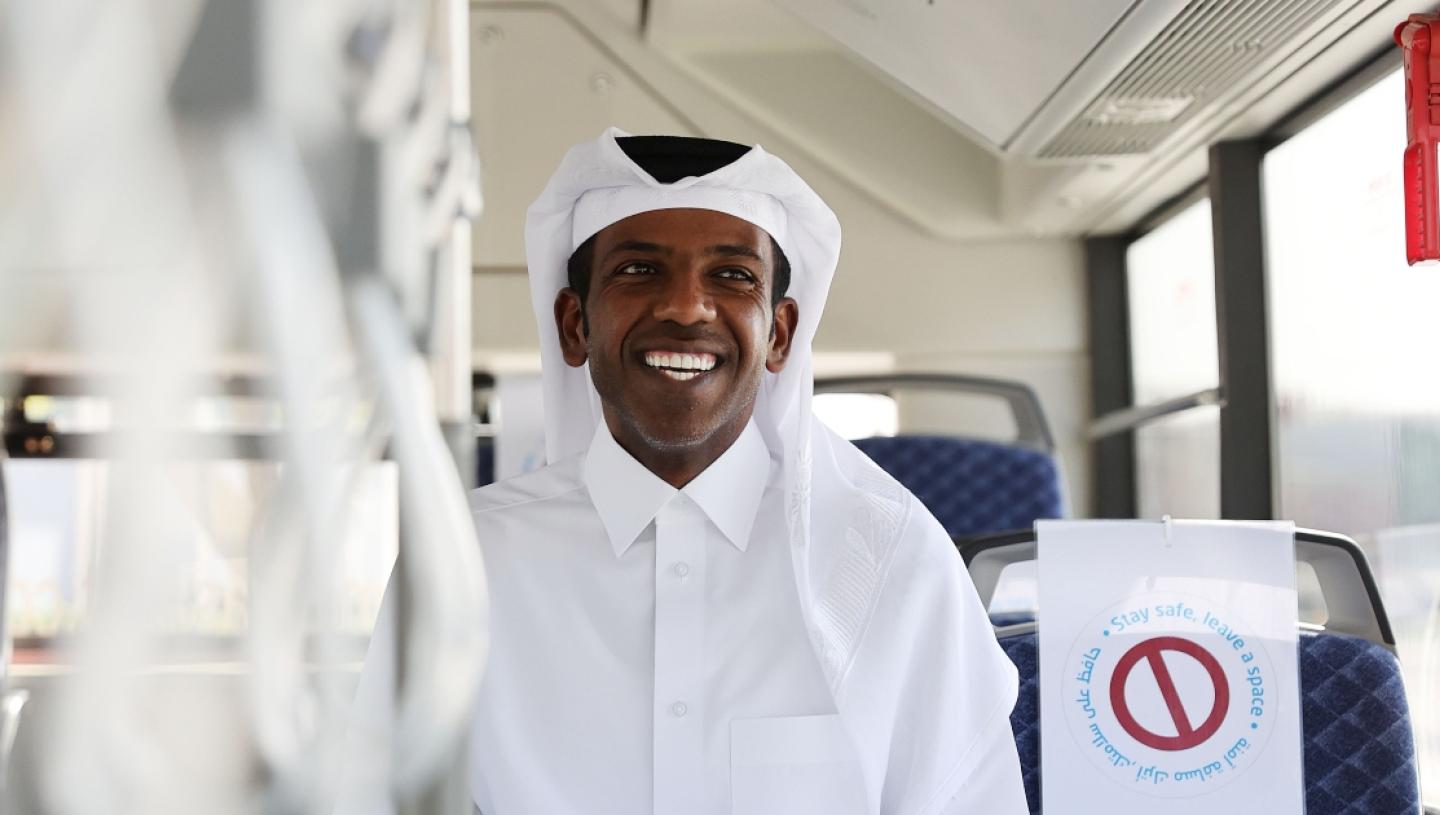 With only weeks to go until Qatar hosts the first FIFA World Cup™ in the Middle East and Arab world, the Supreme Committee for Delivery & Legacy (SC), in close collaboration with FIFA, is wrapping up preparations for the tournament and the legacy it will deliver.

In this new series, we are focusing on the work of Qatari employees who have played a key role in the SC’s journey. This week, we speak to Thani Al Zarraa, who joined the SC in 2012 and has worked on a range of projects over the last decade, including stadium developments, legacy programmes and transport management.

Thani earned a degree in structural engineering from Griffith University in Australia and away from work is a keen cyclist, proudly serving as Secretary General of the Qatar Cycling & Triathlon Federation. Here, he discusses his varied career with the SC and his aspirations for the future.

What were you doing when Qatar won the bid to host the World Cup?

I fondly remember it. It was 2 December 2010. At that time, I was a graduate student impatiently waiting for graduation day in Australia. My friends and colleagues from Gulf countries got together to watch the announcement. We were all wearing bid T-shirts to show our support. Australia was also part of the bid, so when we heard the news, we were ecstatic! We went out into the streets to celebrate.

Were you a football fan growing up?

I was not really into sport during my childhood, even though my family were huge fans. I picked it up later in life when I started working. I really got attached to cycling and, in 2012, helped establish a local community club. Then we started organising big rides and now I’m the Secretary General of the cycling federation. Football is part of everyone’s life here in Qatar – and through my work with the SC it has become a part of my life too.

Tell us about your journey working at the SC.

Back in 2012, we only had plans on paper and feasibility studies, which weren’t even complete. Back then, I was with the legacy department and we used to create legacy benefit case studies to explore the potential use of World Cup venues after the tournament. We used to conduct focus groups with local communities to ask them how they could benefit from World Cup facilities and to find out any concerns they had. Later, I moved into construction and eventually became Al Janoub Stadium Project Director.

How has working at the SC impacted your career?

It’s been incredibly valuable. I’ve had the opportunity to take part in international events on secondment and observation programmes. These offered great insight into venue management and how mega-events are organised.

I attended the UEFA Champions League final in 2017 between Juventus and Real Madrid and was with the project team in charge of dressing and signage, making sure all the overlay was ready. During the 2019 Copa America, I was an assistant venue manager in Rio. We were responsible for the Estadio do Maracanã, two team hotels and two training sites.

I am so grateful for all these experiences and much more over the last 10 years. They have given me the ability so build technical expertise and reach my current role working in transport.

Tell us about your current role and how it is supporting the tournament.

I work in transport management. I believe that transport, after the venues, is the main artery of any mega-event. As part of my role, I ensure that different transportation projects in the country are being delivered to a high standard – as part of our bid commitments to FIFA. We are making sure the different transport options, whether bus, metro, tram or taxi, work efficiently for our different constituent groups, including fans and players.

We consider the whole experience – from the moment people arrive at the airport to the moment they depart. We work closely with a range of stakeholders to make sure our plans are streamlined and communicated effectively. Another key aspect of our operations during the tournament will be the command centre, where we will gather all transport elements under one umbrella and review their operations continuously during the tournament.

What do you hope fans experience, in terms of transportation services, during the World Cup?

I think the compact nature of the tournament is a huge advantage – but we are encouraging all fans and visitors to plan their journeys carefully. I think fans will be amazed how close everything is – from their accommodation to stadiums to fan zones. We have worked very hard to cater for everyone and ensure their journeys are as smooth as possible.

What does your typical day at the SC look like?

My favourite part of the day is early morning. I get up at 4:30 AM to exercise. Then I come to the office and it’s usually very quiet, as you would expect at that time. I have a coffee and plan my agenda for the day. I’m usually in meetings or on calls throughout. There are always new challenges. No day is the same.

What mark do you hope to leave in your experience working for the SC?

Well, I think it works both ways, because Qatar has given us many opportunities. We are very lucky to be given the resources and facilities and then be given the chance to contribute to the success of the tournament and the country overall.

Which moment from your career at the SC is the most memorable?

I was part of the inauguration of Khalifa International Stadium in 2017. Al Janoub Stadium was another big milestone for me. I was part of the venue management team at the inauguration and the project team during construction. Both stadiums are very close to my heart. I can actually spot both of them on a clear day from my office window. These two moments, in May 2017 and May 2019, are very precious to me.

What will you cherish most from this experience?

Many things! The people that work here and the speed at which Qatar has delivered everything are admirable. The World Cup really has transformed our nation and placed it on the global stage. I am honoured to be part of this story.

Who influenced you during your time at the SC?

The late Hilal Al Kuwari is a personality I will never forget. I remember meeting Engineer Hilal before I worked at the SC when I wanted to conduct a feasibility study for my degree. I bumped into a consultant who was working on a major project for Qatar and they advised me to consult the project manager, who, at that time, was Engineer Hilal. Then I met him officially at the SC, when I worked with him in 2014.

His energy and love for knowledge were incomparable and very infectious. He was keen on giving us the right knowledge and tools to succeed. I recall every time my colleagues and I would sit with him, we would want to make sure we were prepared with questions. He had a bulk of knowledge and eagerness to share it. He is definitely someone that I learned from. It was a great pleasure getting to know him.

What’s on the horizon for you after the World Cup?

Career-wise, I would love to keep working in the sports industry. Sport management is something I have become very passionate about, whether through my role with the SC or my hobby with the cycling federation. 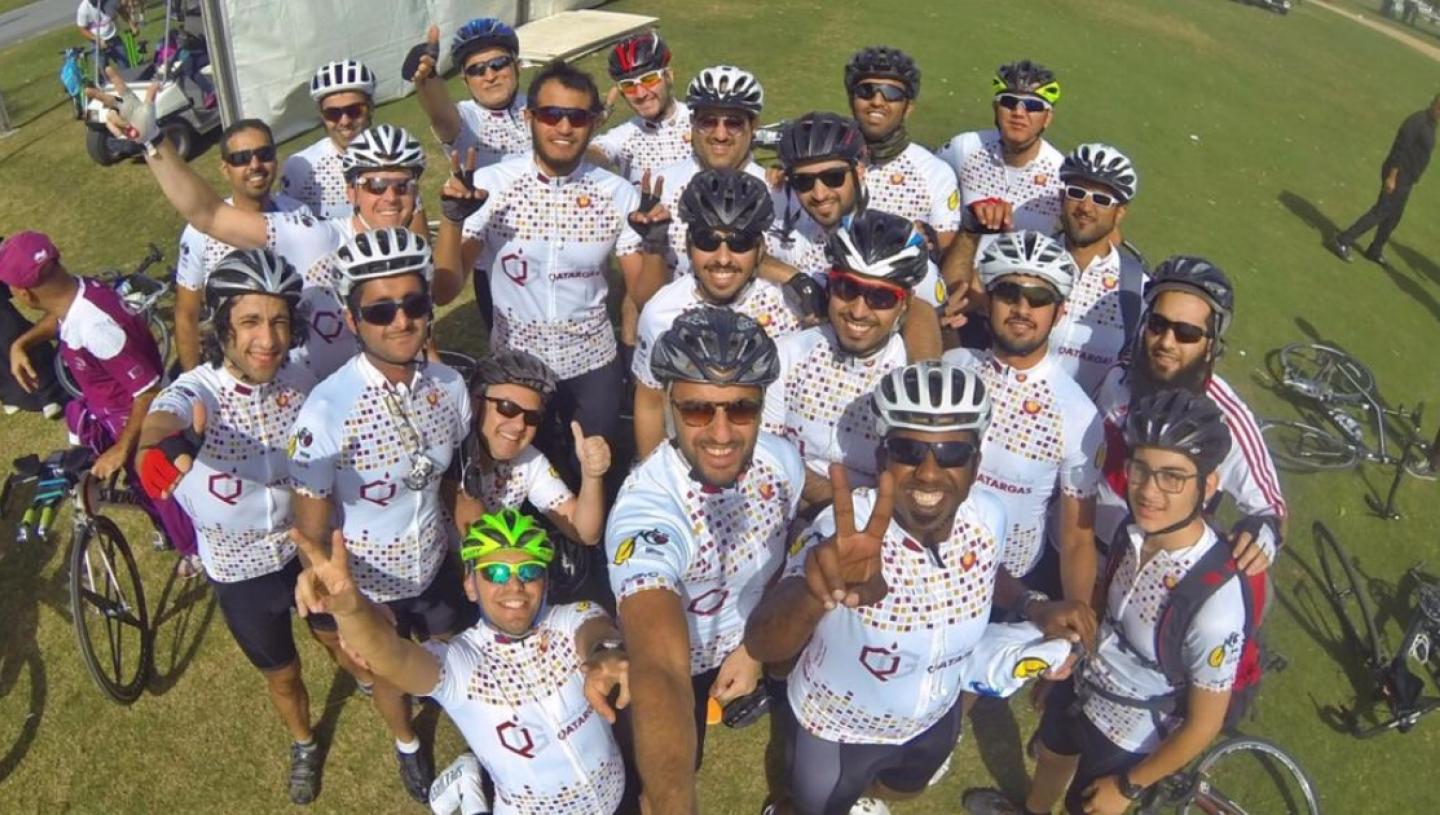