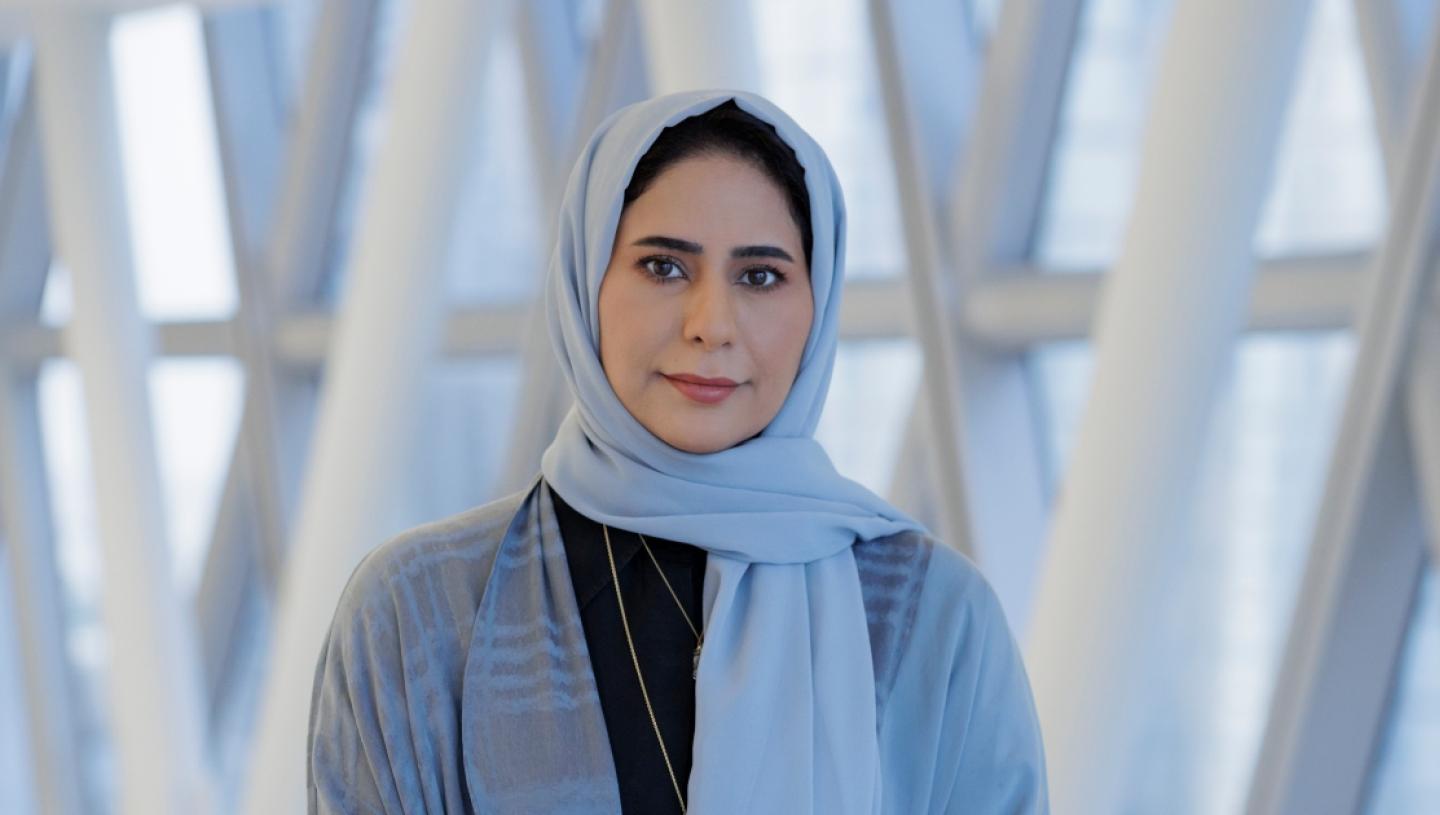 With the FIFA World Cup™ only days away, the Supreme Committee for Delivery & Legacy, in close collaboration with FIFA, is wrapping up preparations for the tournament and the legacy it will deliver.

In this new series, Making History, we are focusing on the work of Qatari employees who have played a key role in the SC’s journey.

Our interview today is with Fatma Al Nuaimi, Executive Director, Communications & Media, who joined the SC from ICT Qatar in 2012.

Tell us about your background and growing up in Qatar.

Where did you go to university and what were your aspirations growing up?

I studied English language and literature at Qatar University. I also did my Masters there. Growing up, I was inspired by my dad, so international relations and languages interested me. However, technology was my main interest. It’s everywhere and you can see how it’s improving people’s lives.

One event that inspired me when I was younger was the Asian Games in Doha. I attended the opening and followed all the news about it. I was too young to be part of the workforce but I wished I was involved. I felt it was a missed opportunity – I wish I had volunteered or done something to support it. However, it inspired me to volunteer for future sporting events. I met people through volunteering at sporting events who I now work with at the SC.

Like everyone, I never thought the World Cup would be hosted here – so it feels like we have been given a golden opportunity to work on something even bigger than the Asian Games.

Tell us about your career.

I started my career with ICT Qatar in 2007. At the time, Qatar was booming and a lot of entities were being established as the country was looking to move away from oil and gas. I started with the information security team, specifically communications and outreach. At this time, technology was being adapted for different sectors, like health and education. Our work helped to open up the market and establish a whole new ecosystem. Later I worked in the ICT and society department.

One person who inspired me was Her Excellency Hessa Al Jaber, the former Minister for Information Communications & Technology. She made sure we – as fresh graduates – were involved in everything. If there was a board meeting or strategy session, she would have young people there to see how decisions are made. She wanted us to understand every part of the business. She helped us all to understand the bigger picture.

Where were you when Qatar won the bid to host the World Cup and how did you feel?

We had a family gathering and were all watching TV. I cried after the announcement. I had feelings of pride and happiness. I was also thinking of my dad, who had passed away earlier that year. I wished I could tell my dad we had won the bid.

Winning was a dream. I knew it was something big. Even if we didn’t win, the fact we put ourselves out there, it was still an achievement. But winning was amazing. It was unimaginable for so many people.

How keen were you to be involved in the delivery of the tournament?

Very keen. I remember at that time, Qatar was also bidding to host the 2020 Olympics and there was a competition run by the bid committee to design a website for Doha 2020. You had to come up with ideas, functionality, innovation. My friend and I partnered up and we managed to win. There were more than 2,000 applications from across the region and the final was at Katara, with Sheikha Al Mayassa on the jury. That gave us both a bit of profile. We won QAR 100,000 and got to engage with the bid team. Qatar didn’t win the bid in the end but that experience was so valuable. After we won, a colleague at the SC called me and asked me to come for an interview for the Legacy department.

Tell us about your career with the SC.

I was involved in social and human legacy projects when I joined. I worked on the Josoor Institute project and was involved in setting it up. I helped to develop the Challenge 22 innovation competition – which was similar to the competition I won with my friend. There, I had been on the receiver side, so I knew how we could work with businesses to build the project. I was also involved in strategy before moving to Communications. Now, I have a much wider scope: digital, content, media relations, community engagement, ambassadors and much more.

Working in legacy – from the stage where our ideas were only on paper – has helped me a lot in my current role. Knowing the strategy makes the projects easier to communicate about. That’s been the great bridge between my roles at the SC.

What are your favourite memories of your time at the SC?

There are so many – it’s hard to pick one. A few days ago, we had a meeting with the whole team and it was wonderful to see everyone all ready for the tournament. When I look back over the last 10 years, no matter how beautiful our stadiums are or the other facilities, it all comes down to people. And seeing everyone there – like-minded and with the same spirit – I could see we are heading in the right direction. It was a proud moment and emotional because it is the final chapter. I could see everyone is unified. Everyone at the SC is like a second family to me. I always try to have close connections to my team.

How will you feel when the opening match kicks off at Al Bayt Stadium?

I will feel it’s real – and at that moment I’ll try and catch my breath. Right now, we’re just waiting for the fans to come and enjoy themselves. Everything is ready – and when the tournament finally kicks off, I will be emotional. I’m sure I will be proud too.

And what about the final at Lusail Stadium – how will you feel when the trophy is lifted on 18 December?

I’ll be filled with pride but at the same time I won’t be able to believe it’s the end. We’ve been working on the same project for the last 10 years and there will be mixed emotions. Delivering a World Cup is not a normal business. It’s 24/7, it’s demanding, there’s pressure. I’m not sure how I’ll go back to a quiet life.

I think I’ll have a holiday first and then focus on telling the story of Qatar 2022. As a communications team, we will have a lot of work to do. We need to look at the sustainability of the event, the economic impact and narrate the story of how the World Cup will boost Qatar long into the future. There will still be plenty of work for us to do next year.

For me, I love to be involved in transformational projects. Qatar has changed so much in recent years. So many things have opened. People will see the fan experience and entertainment options during the World Cup, and these things will continue to enhance the community and quality of life in Qatar. It’s crucial we keep working hard to develop our country.