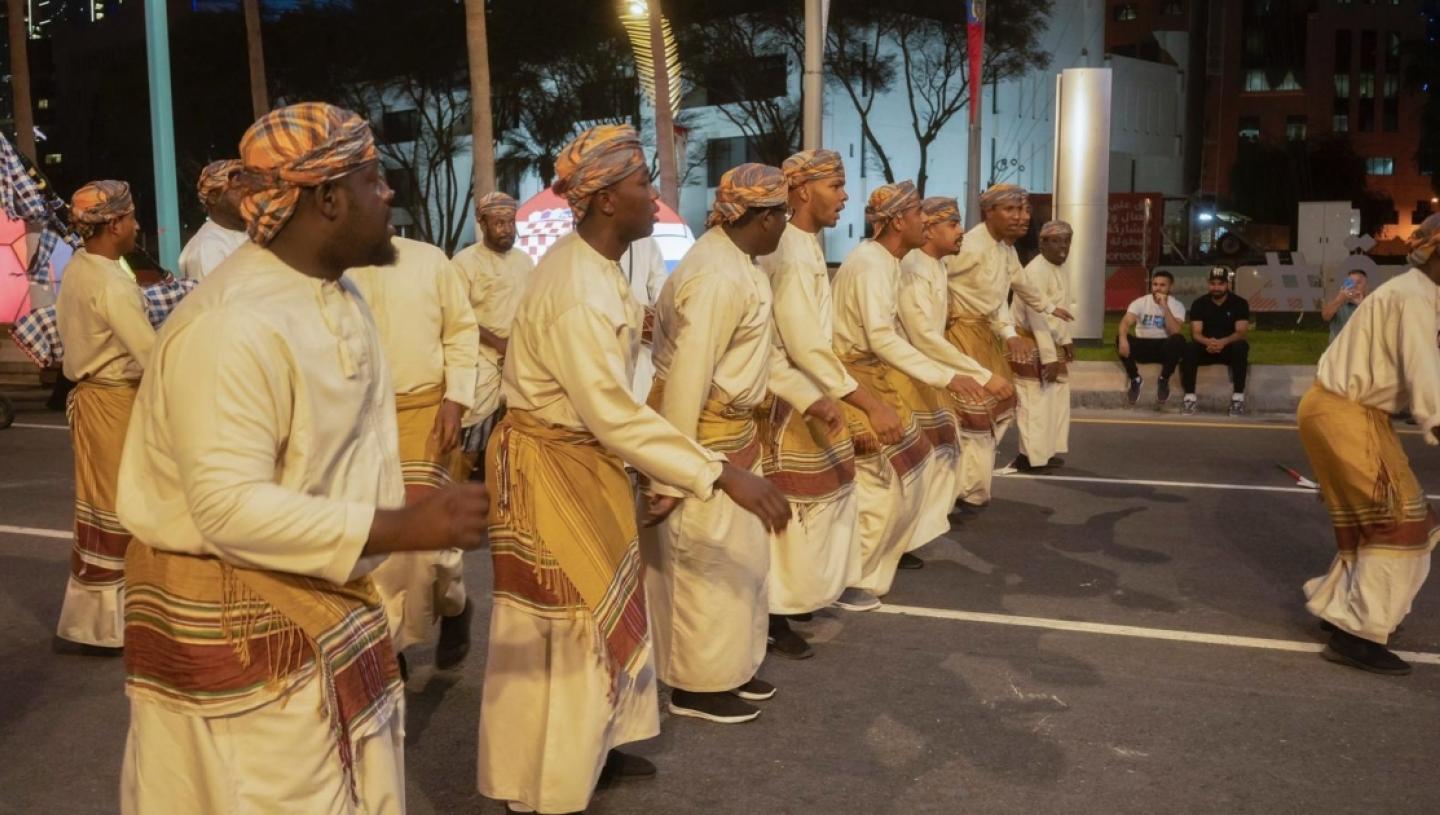 With the FIFA World Cup™ final only days away, artists are continuing to impress fans across Qatar.

One of many performers taking part in international football’s showpiece event is the band Al Waad, from Oman. It has more than 50 members and specialises in traditional Omani performances. The group was formed in the 1980s and aims to showcase Oman’s culture and heritage.

Al Waad were invited to perform during Qatar 2022 as part of the Supreme Committee for Delivery & Legacy’s Cultural Activation Programme, which has organised for talents from across the globe to contribute to the festive atmosphere during the tournament.

We caught up with Al Waad’s Awad Sibeet to learn more about the group and his thoughts on performing at the first FIFA World Cup in the Middle East and Arab world.

Tell us about the band and its history.

The band started with a very simple idea in Jalan Banu Bu Hassan – a province in the east of Oman. We wanted to start a group which specialises in traditional performances. What we do is very significant in our province for both men and women. We started with 10 performers back in 1986. Several generations have since taken part in the band and we now have more than 50 members.

Tell us about the name of the band.

Al Waad means promise. It is a promise of great performances and progress, as well as the promise of a better future.

What kind of shows does the group perform?

We specialise in ‘Mdaima’, which is a freestyle art form consisting of various performances. It is inspired by sea life, so we use special drums and instruments.

What does it mean to take part in the first FIFA World Cup in the Middle East and Arab world?

We are very proud as Arabs to be taking part in this amazing World Cup. This is historic and means a lot to us – as GCC citizens – to be part of the event as we are just a few hours from home. Having the World Cup in this region is indescribable. This tournament sends a big message to everyone – that Arab nations are more than capable of hosting exceptional mega events. It has been incredibly well-organised. We are all proud of this amazing event.

How have you found the fans?

Our favourite part of the tournament is definitely meeting fans. We have performed outside multiple stadiums and are currently performing in the Corniche. We are also looking forward to performing in the Lusail last mile area to mark Qatar National Day and the FIFA World Cup final.

Omani performances create buzz and attract everyone. As soon as fans hear us perform, they immediately come to our area to see us. It’s a very lively atmosphere and we are thankful for that. We have created special bonds with fans.

Which national team do you support?

We support France but Morocco have proven their strength and are representing the entire Arab world, so we are supporting them as well.