Fan leaders from the Kingdom of Saudi Arabia have expressed their excitement ahead of the FIFA World Cup Qatar 2022™ during a visit to the host country, where they took a closer look at the stadiums that will host their team’s matches. Speaking from Education City Stadium, which will see the Green Falcons take on Poland on 27 November, Faisal Al Dosari, a Board member with the Saudi National Team Fan Association spoke about his delight with the state of the art facility.

“What we see today is a magnificent structure that reflects the hard work that went into it. It’s a tremendous achievement for Qatar, and I particularly like the Green and White seats,” said Al Dosari.

The Saudis have been drawn into Group C of Qatar 2022 alongside Poland, Mexico and Argentina. Saudi Arabia will look to make its sixth appearance at the tournament, and aim to outdo their best achievement which came in USA 1994, when they qualified to the Round of 16. Having appeared in three of those FIFA World Cup™ tournaments, Nawaf Al Temyat knows how important it is for players to have support in the stands. 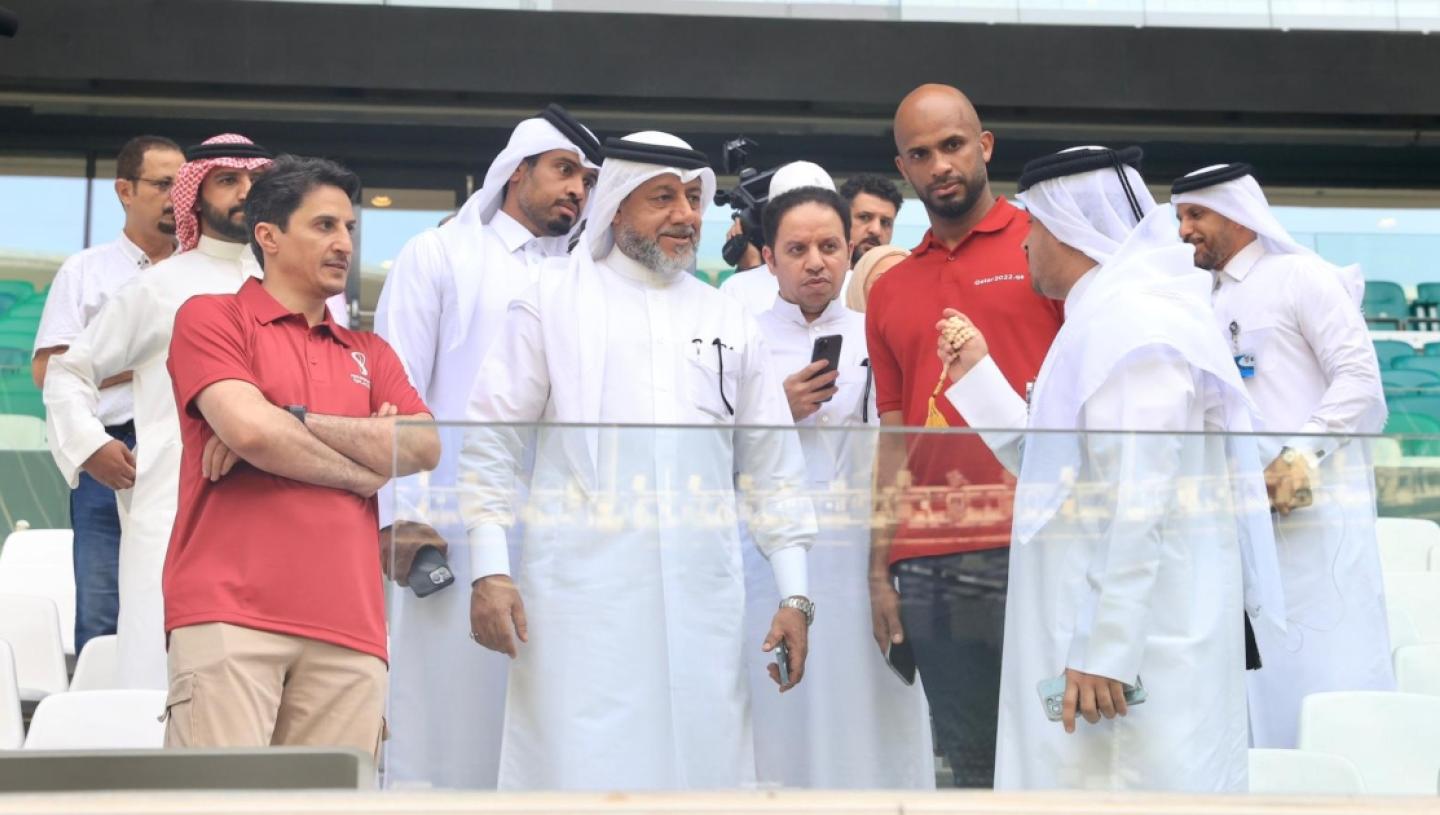 “Having Saudi fans in the stands will give the national team an important boost. During the three times I played in the tournament, we didn’t have more than a few hundred supporters in the stands. But now, with Qatar being a neighbour of Saudi Arabia, the support will be much larger and will have a huge impact on our players,” said Al Temyat, who was recently named as a FIFA World Cup Qatar 2022™ ambassador.

Saudi Arabia is one of four teams from the region to participate in Qatar 2022, alongside Tunisia, Morocco and hosts Qatar.

“With the tournament being held in the Gulf region, our participation in this edition of the World Cup is crucial. We want to maintain our World Cup legacy and we are honoured to play in Qatar, where we can all take part in showcasing our talent and the Arab world’s generosity and hospitality,” added Al Temyat.

The visit to Education City Stadium came as part of a wider tour that saw the Saudi fan leader delegation visit other tournament venues, including Lusail Stadium where the Saudi national team will play their two other group stage matches against Argentina and Mexico on 22 and 30 November respectively. Fan leaders also met with members of the Supreme Committee for Delivery & Legacy to get a closer look at the experience awaiting Saudi fans who will make the short trip to Qatar to support their team. 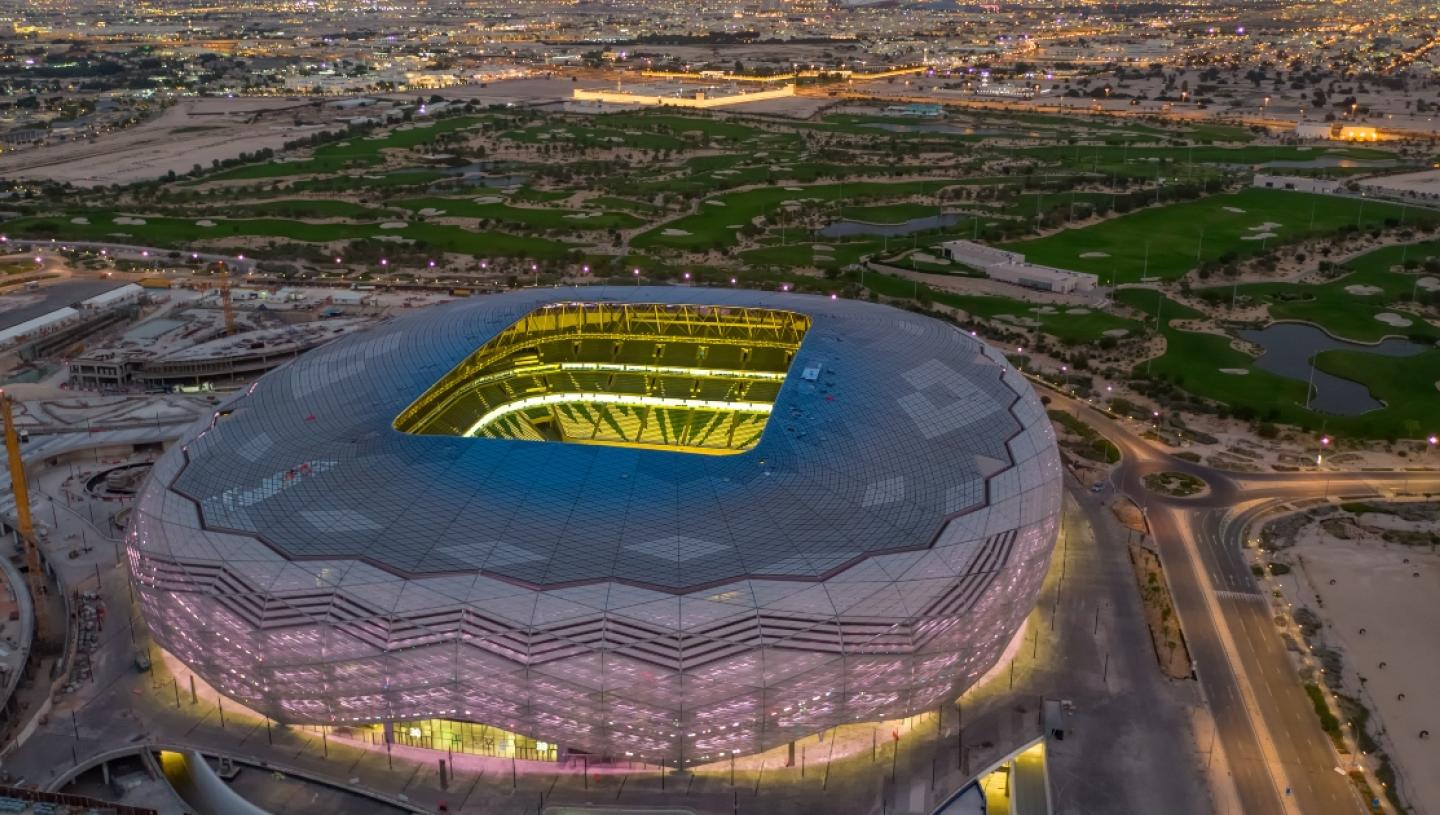 Fahad Al Shatri, Chairman of the Saudi National Team Fan Association, said: “The visit was useful in terms of explaining all the procedures required for fans to attend matches, from arriving at the airport to applying for Hayya and match days.”

“It’s been a beautiful gathering with our brothers. We have had a chance to look at stadiums and learn more about Qatar’s preparations to host the event. Any Saudi fan that is able to attend matches in Qatar, should definitely do so. We ask interested fans to follow the instructions we have listed on our social media platforms because this will be a once-in-a-lifetime opportunity.”

Surrounded by some of Qatar’s leading universities, Education City Stadium will host Saudi Arabia’s match against Poland and matches through to the quarter-finals of the tournament.