Younis Mahmoud: ‘Qatar 2022 will be an exceptional and unforgettable football carnival’ 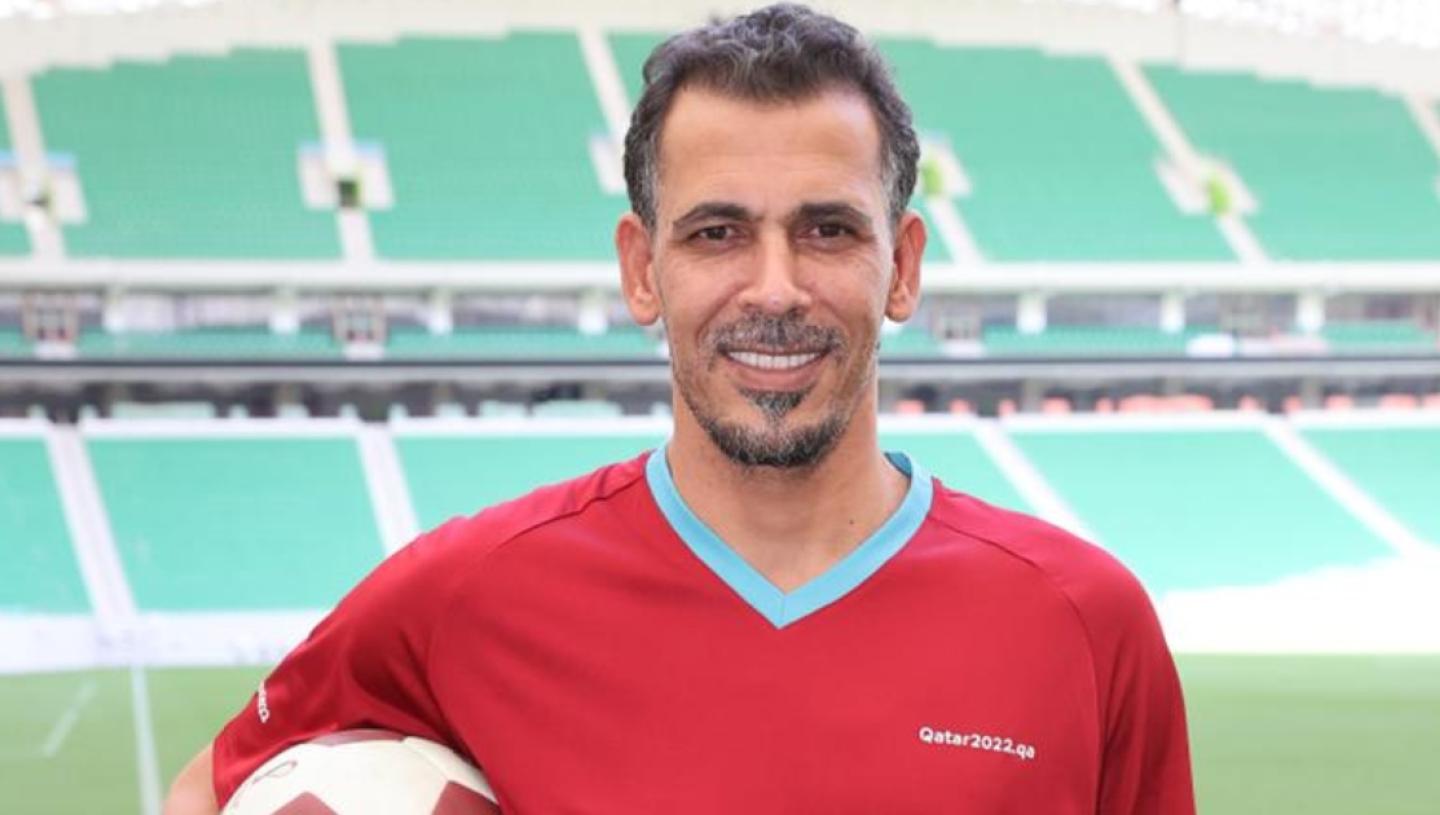 Back in 2010, when Qatar was announced as the host country for international football’s showpiece event, Younis Mahmoud was leading the Iraqi national team on the pitch in the semi-finals of the 20th Arabian Gulf Cup.

The hotly-contested match against Kuwait had gone to penalties – but the game stopped, and silence fell across the stadium, before the big screen announced that Qatar would host the 2022 edition of the FIFA World Cup™.

Jubilation broke out – and in that moment both sets of fans celebrated together.

“For us, as Arabs, it was an historic moment,” said Mahmoud, who scored 57 goals in 148 international appearances. “Qatar has been adamant from the very beginning that this World Cup is for all Arabs, and it is something that we all are very proud of. Before the announcement, so many of us doubted that this region would ever be given the right to host the tournament, but Qatar has enabled all of our dreams to turn into reality.”

Although Iraq failed to qualify for this year’s tournament, millions of Iraqis will tune in for the first FIFA World Cup™ in the Middle East and Arab world. With football being wildly popular in the country of 40 million, many fans will make the short journey to Qatar to take in the tournament from the stands.

“Everywhere I go in Iraq, people stop me and ask about tickets and accommodation,” said Mahmoud. “Everyone wants to be a part of this historic event. It’s because Qatar 2022 holds tremendous significance for us. It will showcase our culture to the rest of the world. The richness of our heritage will be seen in homes across Europe, the Americas and Australia.”

Mahmoud, who is a FIFA World Cup Qatar 2022™ Ambassador, earned legendary status when he led the Lions of Mesopotamia to a famous win at the 2007 AFC Asian Cup. Winning the continental championship contributed greatly to ending civil strife in Iraq, and reaffirmed football’s role in bringing people together.

He said: “Everyone in Iraq loves football and everyone loves the World Cup in particular. Qatar has given us all the chance to be part of this tournament by hosting it in our back yard. Fans can now drive to the tournament from countries like Iraq, Jordan, Syria and Saudi Arabia, to watch the best players fight for the most important title of them all.”

Mahmoud, who turned out for clubs in Iraq, Qatar, the United Arab Emirates and Saudi Arabia, believes Qatar 2022 will improve the level of football in the region.

“There are some big teams from the region, like Algeria, Egypt and Iraq, that didn’t qualify for Qatar 2022. Every team in the region fought so hard to be in this edition of the tournament, to have the chance to play in front of their own fans, and this drive will surely build momentum for the game in the future.”

Hosts Qatar will be joined by Saudi Arabia, Morocco and Tunisia from the Arab world. The four countries will be supported by millions of fans who would love to see a team from the region make it to the latter stages of the tournament.

“Football is so loved by everyone in the region, and it is a source of joy for many, regardless of their background. National teams know this and know what a tournament like the World Cup means. For those countries in the region that missed out, they will now work to make it up to their fans in future tournaments. For those that did qualify, they will prepare to fly the flags of their nation and the entire Arab world proudly.”

Mahmoud, who enjoyed a trophy-laden five-year spell with local side Al Gharafa, believes the current generation of Qatari players have the ability to make waves in the tournament.

“Everyone will be looking at the Qataris to do something in this World Cup. Their participation in the tournament comes at a great time for the team. With players like Akram Afif, Almoez Ali and Bassam Al Rawi in the line-up, anything is possible. Playing at home will be a huge advantage for them, and I am sure these players will have a big tournament.”

Having lived for many years in Qatar, Mahmoud is excited to see what tournament organisers will have in place for the many fans who travel to Doha from across the globe.

“Qatar won’t sleep for the entirety of the tournament. It won’t just be the football, but also the other activities that will be taking place at the same time. It will be an exceptional carnival that the entire world will not forget. Anyone lucky enough to attend will surely be making a dream come true. It will be an experience to tell their grandchildren about.”