The FIFA Arab Cup Qatar 2021™ takes place later this year – giving fans in the country and around the world a magnificent festival of football before it hosts the FIFA World Cup Qatar 2022™.

Qatar will warmly welcome the Arab world for a thrilling football tournament – the likes of which has never been seen before. All of your favorite Arab stars and six of our FIFA World Cup 2022™ stadiums will be on show. Mark the date to raise your flags and join us!

Here’s how it works

The competition will begin with pre-tournament qualification: 14 teams will be drawn into seven single play-off matches. The winners of the play-off matches go through to join the nine seeded teams in the group stage: that’s 16 teams drawn into four groups of four teams.

The nine seeded teams were determined by the FIFA World Rankings (as of April 2021):
Tunisia, Algeria, Morocco, Egypt, Qatar, Saudi Arabia, Iraq, the UAE and Syria.

The group stage and knockout phase will consist of 32 matches. It promises to be a warm coming together of Arab fans at a festival of football that will go down in history. We hope you’ll add your voice to the many chanting in the stadiums and watching across the region.

The health and safety of fans, players and officials is our top priority. As was the case at the FIFA Club World Cup 2020™, comprehensive procedures will be in place to ensure everybody is protected and free to enjoy the tournament with peace of mind.

The FIFA Arab Cup Qatar 2021™ draw results are here: Find out which teams will go head-to-head in the qualifiers and who the winners will meet in the groups.

The groups have been established – nine seeded teams have been allocated their slots. But it will be up to the winners of the qualification matches to secure a spot in the next stage.

Four groups comprising of four teams make up the group stage of the FIFA Arab Cup Qatar 2021™. The seven winning teams from the qualifiers will join the nine seeded teams in this stage.

There’s everything to play for – pride, your team, your country, the fans and family. For those determined to show off their skills and keep their eyes on the trophy, the knockout stage awaits.

Who will you raise a flag for?

Qatar welcomes you with open arms

Qatar, your host for the FIFA World Cup 2022™, welcomes you to a land of culture and heritage combined with innovation and a great love for football.

Qatar welcomes you with open arms

If you’ve ever imagined attending two FIFA World Cup™ matches in one day, now you can. Qatar’s size is what will set this tournament apart from previous editions; everything here is already within easy reach. The Supreme Committee for Delivery & Legacy (SC) works together with everyone in the nation to set the stage for a truly unique FIFA World Cup™.

Explore the country quickly, on time and in comfort on the new metro system. Immerse yourself in our rich culture and traditions while wandering through the spice-scented alleyways of Souq Waqif, take in the impressive modern architecture of the National Museum of Qatar and still have time to soak up the sun on one of our beaches. You’ll find all of these contrasts in a land where the old blends seamlessly with the new, where the land meets the sea and where nature meets the city.

Delivering a FIFA World Cup™ like no other also means touching and improving the lives of many, here and abroad, now and long into the future. We are working towards a strong legacy, with a focus on sustainability and social responsibility. Join us on this journey and be part of history.

You’ll always feel connected: to football, to your families and loved ones, to friends new and old around the world. And to us: Qatar.

Qatar is hosting the most compact and connected FIFA World Cup™ ever. As a trading hub, bringing people together is something we’ve done for centuries. This tradition continues with the FIFA World Cup Qatar 2022™ – whether you’re from Doha, Dakar, Dortmund or Delhi.

Our aim is to use seamless, accessible technology to enhance your time in Qatar and link you to the people around you. At this truly unique, fun and festive tournament, you’ll always be in touch and connected to what matters to you.

Your FIFA World Cup Qatar 2022™ will be the most multicultural, people-focused tournament ever. Filled with amazing experiences you’ll love to share.

Whoever you are and wherever you’re from, you’ll find a piece of yourself in Qatar. Welcome to our country, where we love sharing cherished traditions with the world.

So let’s come together and fill this FIFA World Cup™ with enchanting stories. Let’s create and share those tales together. We’ll make memories that last a lifetime.

Kindness and generosity, it’s a way of life

In Qatar, we go above and beyond to make sure you feel at home. It’s just one part of our culture we hope you’ll treasure as much as we do.

Kindness and generosity, it’s a way of life

Qatar is a unique setting for the beautiful game. The first FIFA World Cup™ in the Middle East means fans will experience football in a whole new way on and off the pitch.

Qatar’s historical treasures, awe-inspiring landscapes and modern city life are why you’ll want to come back and discover more. We hope that our hospitality secures a place in your heart. Our multicultural community is warm and welcoming by nature, which extends to all fans and visitors before, during and after the FIFA World Cup Qatar 2022™.

Immerse yourself in a world of amazing experiences.

40,000-capacity arena
Located in one of Qatar's most traditional cities
Home to the hugely popular Al Rayyan Sports Club

The FIFA World Cup Qatar 2022™ match venues and times are confirmed – are you ready for the experience of a lifetime?

Now we know that fans will begin their journey in Qatar with a warm welcome at Al Bayt Stadium. This stunning 60,000-seat stadium will be bubbling with anticipation as it hosts the opening match on 21 November 2022.

From then on, four matches will be played each day throughout the 12-day group stage, giving worldwide audiences a daily feast of football. The schedule guarantees optimal rest time for the teams – and top-quality football for fans.

The long-awaited final will take place at the 80,000-seat Lusail Stadium on 18 December: the perfect stage for the biggest match in football.

Thanks to Qatar’s compact nature, all stadiums are located within driving distance, allowing fans to soak up the atmosphere at more than one match per day.

You can sail through Al Wakrah's maritime history at AI Janoub Stadium, and watch football’s superstars shine at Education City Stadium – all in one unforgettable day.

Then you can make the next day even bigger: head to Ahmad Bin Ali Stadium to experience the magic of the desert, and make new memories at the iconic Khalifa International Stadium.

As fans gear up for the FIFA World Cup Qatar 2022™, the emblem serves as a beacon across the globe; drawing them to a new type of tournament where everything is within easy reach.

Culture and traditions are loved and celebrated in Qatar so it’s fitting that these have served as inspiration for the emblem of the FIFA World Cup Qatar 2022™. Its design resembles the traditional woollen shawl that men and women wear across the Arab world during winter months, when the tournament will take place. Like football, the shawl's popularity is a unifying force, woven into the everyday fabric of people's lives.

The typeface created to complement the emblem likewise celebrates Qatar's heritage with a global twist. It brings traditional Arabic calligraphy into dialogue with other global languages through the integration of elements like the kasheeda – a lengthening of the line connecting letters to enhance the flow and elegance of the written word. 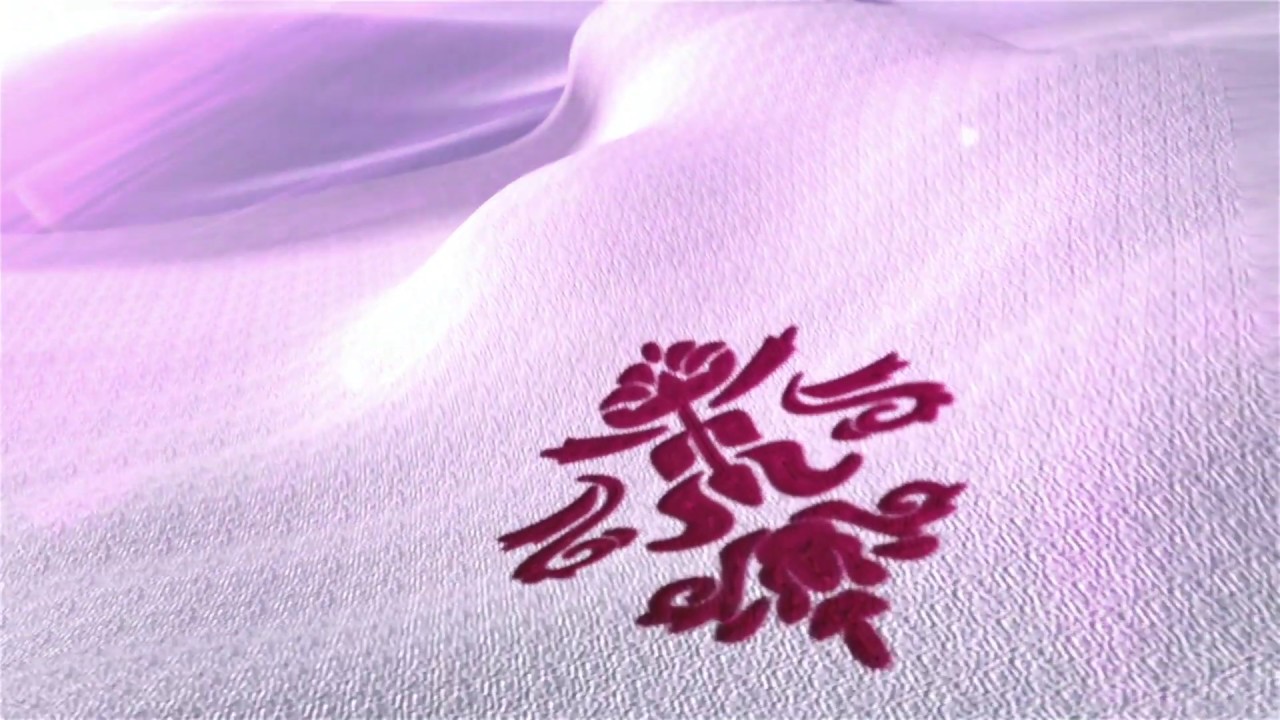 They keep us focused on where we are going

Discover the core values that shape the Host Country, alongside our goals and objectives

They keep us focused on where we are going

Using the power of football to open the door to a world of amazing experiences.

To share Qatar’s unique identity with the world through amazing FIFA World Cup™ experiences that will connect people like never before. We celebrate football and our region, build intercultural understanding and develop opportunities. Hosting the tournament advances Qatar’s ongoing mission for a sustainable future and a lasting legacy for our country, the Middle East, Asia and the world.

People are at the centre of everything we do and will be at the heart of the FIFA World Cup Qatar 2022™. Our country’s strength comes from all the people who call Qatar home. Together we are creating an amazing FIFA World Cup™ for everyone.

The tournament recognises the highest human achievement – on the pitch, in Qatar and around the world. It is a celebration of the global community coming together at this festival of football in an inclusive and safe environment.

Our legacy will leave everyone feeling empowered and optimistic about a sustainable future.

Qatar is a global hub that bridges East and West at the heart of the world. Here, you’ll find fast connections with the environment and with each other. The country’s compact nature means everything is within reach, bringing the things that matter to you closer.

People will share experiences that bring them together in ways you never imagined possible. You’ll be embraced by our friendly, hospitable community and meet people you may never have met otherwise. In Qatar, you will experience today what will be a given tomorrow: advanced, accessible technology and resources that unite people far beyond football.

Qatar is known for its welcoming culture – we take pride in treating visitors like family. Bringing the tournament to the Middle East for the first time means sharing Arab customs and traditions with the world. We would like everyone to explore Qatar’s amazing heritage, stunning landscapes and unique attractions.

Football is part of our culture – it’s at the heart of everything. This passion drives the cultural celebration where the world can come to enjoy the beautiful game. Qatar offers an exciting place to explore. Our compact, cosmopolitan country is the perfect stage for unique experiences beyond football. A place to be immersed in culture and sport, and feel welcomed.